Today is Election Day so make your way to the polls before 8 p.m. to vote! After you’ve voted, you can stop by the library and pick up one of these captivating political thrillers to keep the civic spirit going. 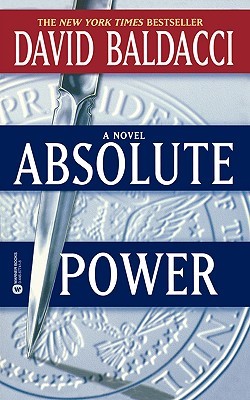 A grizzled professional cat burglar gets trapped inside the bedroom closet of one of the world’s richest men, only to witness, through a one-way mirror, two Secret Service agents kill the billionaire’s trampy young wife as she tries to fight off the drunken sexual advances of the nation’s chief executive. Running for his life, but not before he picks up a bloodstained letter opener that puts the president at the scene of the crime, the burglar becomes the target of a clandestine manhunt orchestrated by leading members of the executive branch.

Meanwhile, Jack Graham, once a public defender and now a high-powered corporate attorney, gets drawn into the case because the on-the-lam burglar just happens to be the father of his former financee, a crusading Virginia prosecutor.

Embroidering the narrative through assorted plot whorls are the hero’s broken romance; his conflict over selling out for financial success; the prosecutor’s confused love-hate for her burglar father; the relentless investigation by a northern Virginia career cop; the dilemma of government agents trapped in a moral catch-22; the amoral ambitions of a sexy White House Chief of Staff; and the old burglar’s determination to bring down the ruthless president.

Meanwhile, lurking at the novel’s center like a venomous spider is the sociopathic president. 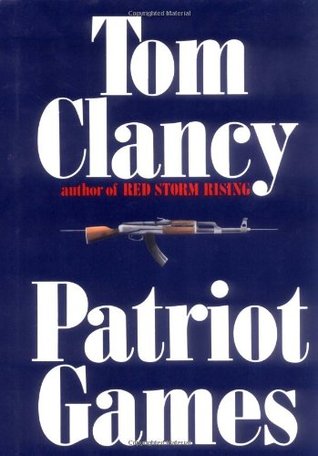 It is fall. Years before the defection of a Soviet submarine will send him hurtling into confrontation with the Soviets, historian, ex-Marine and CIA analyst Jack Ryan is vacationing in London with his wife and young daughter, when a terrorist attack takes place before his eyes. Instinctively, he dives forward to break it up, and is shot. It is not until he wakes up in the hospital that he learns whose lives he has saved — the Prince and Princess of Wales and their new young son — and which enemies he has made — the Ulster Liberation Army, an ultra-left-wing splinter of the IRA.
By his impulsive act, he has gained both the gratitude of a nation and then enmity of hits most dangerous men — men who do not sit on their hate. And in the weeks and months to come, it is Jack Ryan, and his family, who will become the targets of that hate. The Manchurian Candidate by Richard Condon

As compelling and disturbing as when it was first published in the midst of the Cold War, The Manchurian Candidate continues to enthrall readers with its electrifying action and shocking climax….Sgt. Raymond Shaw is a hero of the first order. He’s an ex-prisoner of war who saved the life of his entire outfit, a winner of the Congressional Medal of Honor, the stepson of an influential senator…and the perfect assassin. Brainwashed during his time as a P.O.W., he is a “sleeper” — a living weapon to be triggered by a secret signal. He will act without question, no matter what order he is made to carry out. To stop Shaw and those who now control him, his former commanding officer, Bennett Marco, must uncover the truth behind a twisted conspiracy of torture, betrayal, and power that will lead him to the highest levels of the government — and into the darkest recesses of his own mind…. Before he was considered a CIA superagent, before he was thought of as a terrorist’s worst nightmare, and before he was both loathed and admired by the politicians on Capitol Hill, Mitch Rapp was a gifted college athlete without a care in the world . . . and then tragedy struck.

Two decades of cutthroat, partisan politics has left the CIA and the country in an increasingly vulnerable position. Cold War veteran and CIA Operations Director Thomas Stansfield knows he must prepare his people for the next war. The rise of Islamic terrorism is coming, and it needs to be met abroad before it reaches America’s shores. Stansfield directs his protege, Irene Kennedy, and his old Cold War colleague, Stan Hurley, to form a new group of clandestine operatives who will work outside the normal chain of command—men who do not exist.

What type of man is willing to kill for his country without putting on a uniform? Kennedy finds him in the wake of the Pan Am Lockerbie terrorist attack. Two-hundred and seventy souls perished that cold December night, and thousands of family and friends were left searching for comfort. Mitch Rapp was one of them, but he was not interested in comfort. He wanted retribution.

Six months of intense training has prepared him to bring the war to the enemy’s doorstep, and he does so with brutal efficiency. Rapp starts in Istanbul, where he assassinates the Turkish arms dealer who sold the explosives used in the Pan Am attack. Rapp then moves onto Hamburg with his team and across Europe, leaving a trail of bodies. All roads lead to Beirut, though, and what Rapp doesn’t know is that the enemy is aware of his existence and has prepared a trap. The hunter is about to become the hunted, and Rapp will need every ounce of skill and cunning if he is to survive the war-ravaged city and its various terrorist factions.

As action-packed, fast-paced, and brutally realistic as it gets, Flynn’s latest page-turner shows readers how it all began. Behind the steely gaze of the nation’s ultimate hero is a young man primed to become an American Assassin. 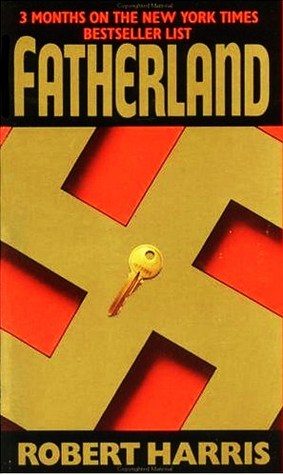 Meanwhile, Berlin Detective Xavier March — a disillusioned but talented investigation of a corpse washed up on the shore of a lake. When a dead man turns out to be a high-ranking Nazi commander, the Gestapo orders March off the case immediately. Suddenly other unrelated deaths are anything but routine. 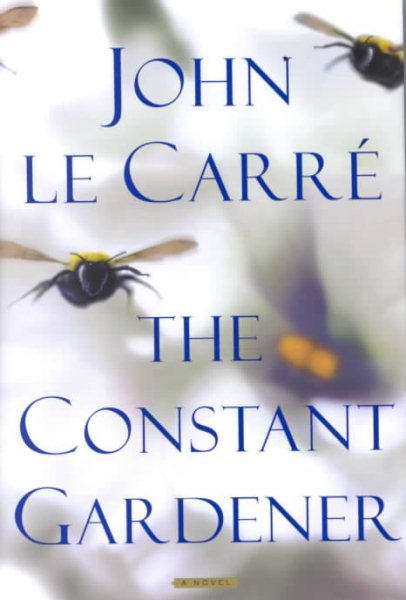 Frightening, heartbreaking, and exquisitely calibrated, John le Carré’s new novel opens with the gruesome murder of the young and beautiful Tessa Quayle near northern Kenya’s Lake Turkana, the birthplace of mankind. Her putative African lover and traveling companion, a doctor with one of the aid agencies, has vanished from the scene of the crime. Tessa’s much older husband, Justin, a career diplomat at the British High Commission in Nairobi, sets out on a personal odyssey in pursuit of the killers and their motive. A master chronicler of the deceptions and betrayals of ordinary people caught in political conflict, le Carré portrays, in The Constant Gardener, the dark side of unbridled capitalism. His eighteenth novel is also the profoundly moving story of a man whom tragedy elevates. Justin Quayle, amateur gardener and ineffectual bureaucrat, seemingly oblivious to his wife’s cause, discovers his own resources and the extraordinary courage of the woman he barely had time to love. The Constant Gardener is a magnificent exploration of the new world order by one of the most compelling and elegant storytellers of our time. 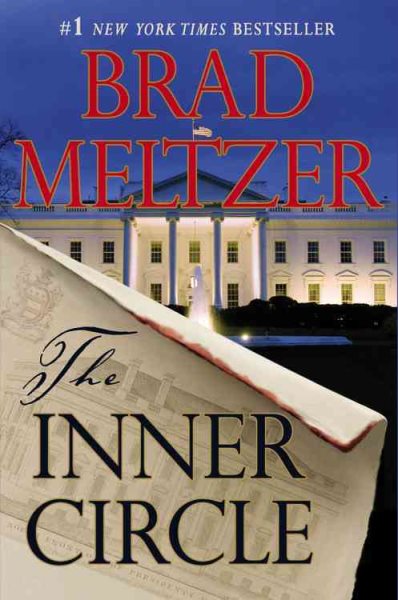 The Inner Circle by Brad Meltzer

Beecher White, a young archivist, spends his days working with the most important documents of the U.S. government. He has always been the keeper of other people’s stories, never a part of the story himself…

When Clementine Kaye, Beecher’s first childhood crush, shows up at the National Archives asking for his help tracking down her long-lost father, Beecher tries to impress her by showing her the secret vault where the President of the United States privately reviews classified documents. After they accidentally happen upon a priceless artifact – a 200 hundred-year-old dictionary that once belonged to George Washington, hidden underneath a desk chair, Beecher and Clementine find themselves suddenly entangled in a web of deception, conspiracy, and murder.

Soon a man is dead, and Beecher is on the run as he races to learn the truth behind this mysterious national treasure. His search will lead him to discover a coded and ingenious puzzle that conceals a disturbing secret from the founding of our nation. It is a secret, Beecher soon discovers, that some believe is worth killing for.

Gripping, fast-paced, and filled with the fascinating historical detail for which he is famous, The Inner Circle is a thrilling novel that once again proves Brad Meltzer as a brilliant author writing at the height of his craft. 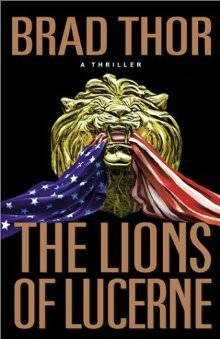 The Lions of Lucerne by Brad Thor

In a daring and chilling debut, Brad Thor draws us into a sinister labyrinth of political intrigue and international terrorism, serving up an explosive cocktail of unrelenting action — and a shattering climax — as one man is pushed to the edge. On the snow-covered slopes of Utah, the unthinkable has just become a nightmarish reality: thirty Secret Service agents have been viciously executed and the vacationing president of the United States is kidnapped by one of the most lethal terrorist organizations in the Middle East — the dreaded Fatah. But one man, surviving agent and ex­Navy SEAL Scot Harvath, doesn’t believe the Fatah is responsible for the attack. Driven by his professional code of duty and honor — and a solemn vow to avenge his fallen comrades — Scot creates his own rules to get some answers. But his search for the truth raises the blood pressure of his superiors…and casts his own life in mortal jeopardy. The deadly machinations have been set in motion by a shadowy coalition, comprising some of the highest-ranking officials in government and business — men who operate above the law, men who realize the threat Scot poses to their hidden agenda…men who will do anything to stop him. Now framed for murder and on the run, Scot goes for broke and takes his own brand of justice to the unlikeliest place of all — the towering mountains of Switzerland. It is there that he finds an improbable ally in the beautiful Claudia Mueller of the Swiss Federal Attorney’s Office. Together they must brave the subzero temperatures and sheer heights of treacherous Mount Pilatus — and enter the den of the most notorious team of professional killers the world has ever known.