The 2018 Winter Olympics are over, but to say farewell and celebrate Black History Month, here are some books that examine the lives of some ground-breaking African-American Olympians from previous years. From Jesse Owens’ remarkable performance in the 1936 Olympics against the backdrop of the Nazi regime, to John Carlos and Tommie Smith giving the Black Power salute at the 1968 Olympics, to the dominance at the 1992 Olympics of the basketball Dream Team, led by Magic Johnson, Michael Jordan, and Charles Barkley, these biographies and memoirs share the experiences of some defining moments in Olympic history. 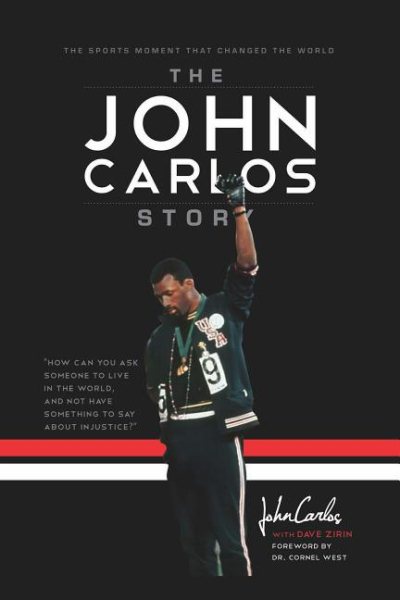 The John Carlos Story: The Sports Moment that Changed the World by John Carlos with Dave Zirin

Seen around the world, John Carlos and Tommie Smith’s Black Power salute on the 1968 Olympic podium sparked controversy and career fallout. Yet their show of defiance remains one of the most iconic images of Olympic history and the Black Power movement. Here is the remarkable story of one of the men behind the salute, lifelong activist John Carlos. 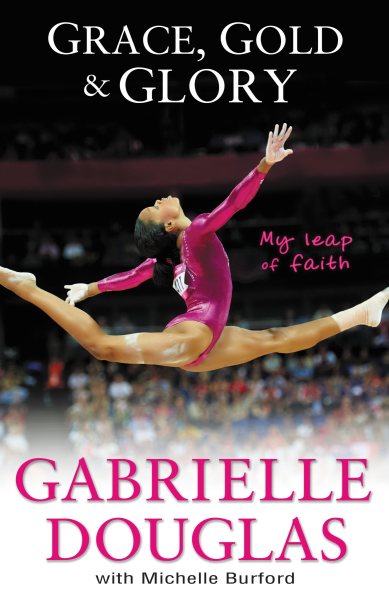 Grace, Gold & Glory: My Leap of Faith by Gabrielle Douglas ; with Michelle Burford

In the 2012 London Olympics, US gymnast Gabrielle Douglas stole hearts and flew high as the All-Around Gold Medal winner, as well as acting as a critical member of the US gold-medal-winning women gymnastics team. In this personal autobiography, Gabrielle tells her story of faith, perseverance, and determination, demonstrating you can reach your dreams if you let yourself soar. 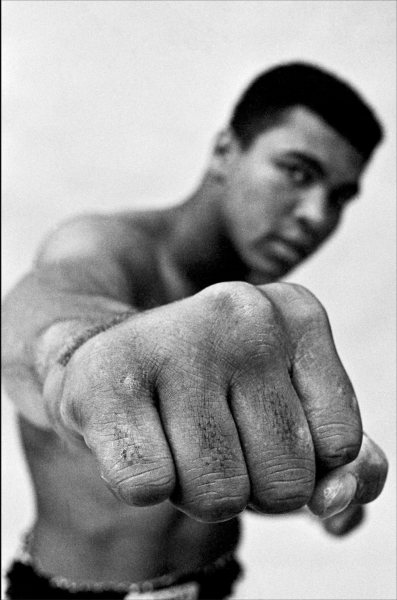 Ali: A Life by Jonathan Eig

He was the wittiest, the prettiest, the strongest, the bravest, and, of course, the greatest (as he told us himself). Muhammad Ali was one of the twentieth century’s most fantastic figures and arguably the most famous man on the planet.

He was born Cassius Clay in racially segregated Louisville, Kentucky, the son of a sign painter and a housekeeper. He went on to become a heavyweight boxer with a dazzling mix of power and speed, a warrior for racial pride, a comedian, a preacher, a poet, a draft resister, an actor, and a lover. Millions hated him when he changed his religion, changed his name, and refused to fight in the Vietnam War. He fought his way back, winning hearts, but at great cost. Like so many boxers, he stayed too long.

Jonathan Eig’s Ali reveals Ali in the complexity he deserves, shedding important new light on his politics, religion, personal life, and neurological condition. Ali is a story about America, about race, about a brutal sport, and about a courageous man who shook up the world 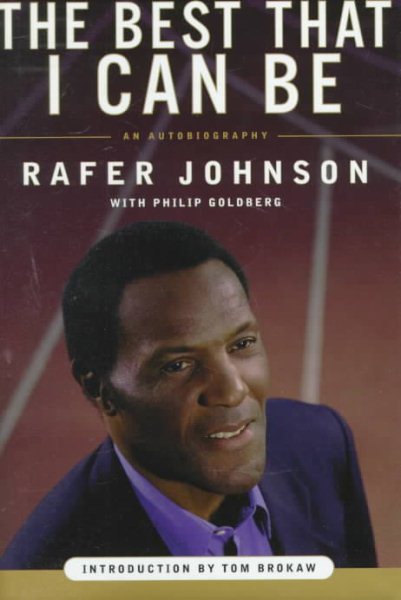 The Best That I Can Be: An Autobiography by Rafer Johnson with Philip Goldberg

Rafer Johnson’s story is the classic American dream: hard work leading to success, honor, and glory. Here, he openly writes about his humble beginnings in an obscure African American Texas ghetto, his growing up in the all-white, sun-drenched Californian town of Kingsburg, and his time at UCLA as the president of the student body and an acclaimed athlete. His talents brought him to dramatic athletic duels in Moscow, Melbourne, and Rome, and to the glamour of acting, broadcasting, and politics in Hollywood, Washington, D.C., and the rest of the nation.

Structured around the ten events of the decathlon, Rafer’s memoir vividly describes an exceptional life. It introduces remarkable people, both unknown and celebrated (the Kennedy family; Gloria Steinem; Bill Bright, founder of Campus Crusade; Tom Brokaw; and others), who befriended Rafer and affected his life. It tells of obstacles and tragedies–crippling injuries, an alcoholic father, the assassination of his close friend Robert F. Kennedy–and what it takes to overcome them. With tact, integrity, and acute observation, Rafer Johnson shares the intimate moments that have shaped his life and the lives of others. 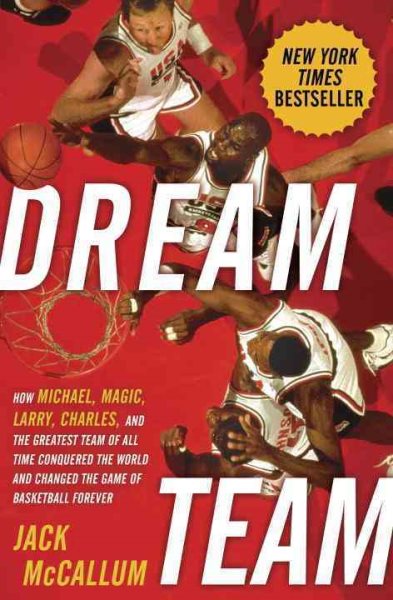 As a senior staff writer for Sports Illustrated, McCallum enjoyed a courtside seat for the most exciting basketball spectacle on earth, covering the Dream Team from its inception to the gold medal ceremony in Barcelona. For the duration of the Olympics, he lived with, golfed with, and—most important—drank with some of the greatest players of the NBA’s Golden Age: Magic Johnson, the ebullient showman who shrugged off his recent diagnosis of HIV to become the team’s unquestioned captain and leader; Michael Jordan, the transcendent talent at the height of his powers as a player—and a marketing juggernaut; and Charles Barkley, the outspoken iconoclast whose utterances on and off the court threatened to ignite an international incident. Presiding over the entire traveling circus was the Dream Team’s beloved coach, Chuck Daly, whose laissez-faire approach proved instrumental in getting the most out of such disparate personalities and superstars such as Larry Bird, Patrick Ewing, and Scottie Pippen.

In the twenty years since the Dream Team first captivated the world’s attention, its mystique has only grown—and so has its influence. The NBA is now flush with international stars, many of them inspired by the exuberant spirit of ’92. Dream Team vividly re-creates the moment when a once-in-a-millennium group of athletes came together, outperformed the hype, and changed the future of sports—one perfectly executed fast break at a time. 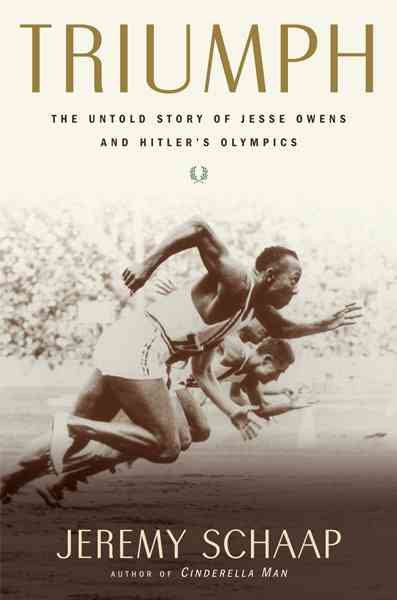 In 1936, against a backdrop of swastikas flying and a storm troopers goose-stepping, an African-American son of sharecroppers won a staggering four Olympic gold medals and single-handedly crushed Hitler’s myth of Aryan supremacy. The story of Jesse Owens at the 1936 games is that of a high-profile athlete giving a performance that transcends sports. But it is also the intimate and complex tale of the courage of one remarkable man.

From the start, American participation in the 1936 games was controversial. A boycott was afoot, based on reports of Nazi hostility to Jews, but was thwarted by the president of the American Olympic Committee, who dismissed the actions of the Third Reich as irrelevant. At the games themselves the subplots and intrigue continued: Owens was befriended by a German rival, broad jumper Luz Long, who, legend has it, helped Owens win the gold medal at his own expense. Two Jewish sprinters were denied the chance to compete for the United States at the last possible moment, most likely out of misguided deference to the Nazi hosts. And a myth was born that Hitler had snubbed Owens by failing to congratulate him.

With his trademark incisive reporting and rich storytelling gifts, Schaap reveals what really transpired over those tense, exhilarating few weeks some seventy years ago. In the end, Triumph is a triumph — a page-turning narrative that illuminates what happens when sports and the geopolitics collide on a world stage.