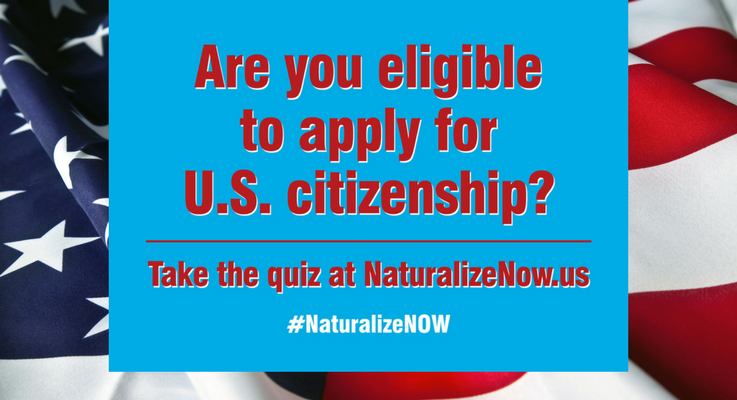 Naturalize Now is a national campaign, which the City of Pasadena is participating in, to encourage eligible permanent residents of the United States to apply for citizenship. The library has resources available online in our Path to Citizenship Guide to help you explore the path to citizenship. Whether you’re exploring how to become a citizen, have already been granted citizenship, or were born with US citizenship, here are some great memoirs that highlight the United States immigrant experience; an important part of our national culture. Nomad: From Islam to America–A Personal Journey through the Clash of Civilizations by Ayaan Hirsi Ali

Ayaan Hirsi Ali captured the world’s attention with Infidel, her compelling coming-of-age memoir, which spent thirty-one weeks on the New York Times bestseller list. Now, in Nomad Hirsi Ali tells of coming to America to build a new life, an ocean away from the death threats made to her by European Islamists, the strife she witnessed, and the inner conflict she suffered. It is the story of her physical journey to freedom and, more crucially, her emotional journey to freedom–her transition from a tribal mind-set that restricts women’s every thought and action to a life as a free and equal citizen in an open society. Through stories of the challenges she has faced, she shows the difficulty of reconciling the contradictions of Islam with Western values.

In these pages Hirsi Ali recounts the many turns her life took after she broke with her family, and how she struggled to throw off restrictive superstitions and misconceptions that initially hobbled her ability to assimilate into Western society. She writes movingly of her reconciliation, on his deathbed, with her devout father, who had disowned her when she renounced Islam after 9/11, as well as with her mother and cousins in Somalia and in Europe.

Nomad is a portrait of a family torn apart by the clash of civilizations. But it is also a touching, uplifting, and often funny account of one woman’s discovery of today’s America. While Hirsi Ali loves much of what she encounters, she fears we are repeating the European mistake of underestimating radical Islam. She calls on key institutions of the West–including universities, the feminist movement, and the Christian churches–to enact specific, innovative remedies that would help other Muslim immigrants to overcome the challenges she has experienced and to resist the fatal allure of fundamentalism and terrorism.

In Brotherhood, Deepak and Sanjiv Chopra reveal the story of their personal struggles and triumphs as doctors, immigrants, and brothers. They were born in the ferment of liberated India after 1947, as an age-old culture was reinventing its future. For the young, this meant looking to the West.

The Chopra brothers were among the most eager and ambitious of the new generation. In the 1970s, they each emigrated to the United States to make a new life. Both faced tough obstacles: While Deepak encountered resistance from Western-trained doctors over the mind-body connection, Sanjiv struggled to reconcile the beliefs of his birthplace with those of his new home.

Eventually, each brother became convinced that America was the right place to build a life, and the Chopras went on to great achievements—Deepak as a global spiritual teacher and best-selling author, Sanjiv as a world-renowned medical expert and professor at Harvard Medical School.

Brotherhood will fascinate and inspire those who still believe in America’s capacity to foster achievement and reward hard work. 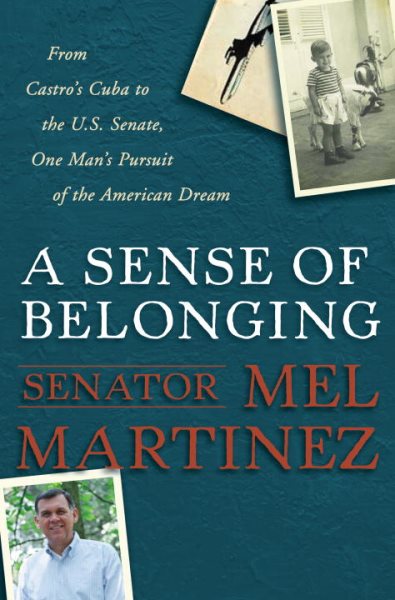 A Sense of Belonging: From Castro’s Cuba to the U.S. Senate, One Man’s Pursuit of the American Dream by Mel Martinez

The swift and improbable rise of Mel Martinez to the top echelon of America’s government began not with a political race but with a burst of gunfire. In April 1958, an eleven-year-old Martinez huddled on his bedroom floor while Cuban soldiers opened fire on insurgents outside his family’s home in the normally sleepy town of Sagua la Grande. With that hail of bullets, the idyllic Cuba of his boyhood was shattered.

If political unrest made daily life disturbing and at times frightening, Fidel Castro’s Communist Revolution nine months later was nothing short of devastating. Martinez’s Catholic school was suddenly shuttered as the Communist regime threw priests out of the country. A sixteen-year-old boy from his town was seized and killed by a firing squad. When armed militiamen shouted violent threats at Martinez for wearing a cloth medallion as a sign of his Catholic faith, his parents made a heartrending decision: their son would have to escape the Castro regime—alone.

Under the greatest secrecy, the Martinez family arranged through a special church program to have Mel airlifted out of Cuba to America. After months of painstaking planning (and a simple mistake that nearly scuttled the entire arrangement), fifteen-year-old Martinez stepped on a plane bound for Miami. He had no idea when—or if—he would see his family again.

A Sense of Belonging is the riveting account of innocence lost, exile sustained by religious faith, and an immigrant’s gritty determination to overcome the barriers of language and culture in his adopted homeland. Martinez warmly recalls a bucolic childhood in Cuba, playing baseball, fishing at the beach, and accompanying his father on veterinary visits to neighboring farms. He also vividly recounts the harrowing changes under Castro that forced him to flee, as well as the arduous years he spent in American refugee camps and foster homes. And he captures the sheer joy of being reunited with his family after four years of wrenching separation. Having embraced life in America, he set about the delicate task of guiding his parents through their struggles with assimilation while also building his own family and career. The Cooked Seed: A Memoir by Anchee Min

In 1994, Anchee Min made her literary debut with a memoir of growing up in China during the violent trauma of the Cultural Revolution. Red Azalea became an international bestseller and propelled her career as a successful, critically acclaimed author. Twenty years later, Min returns to the story of her own life to give us the next chapter, an immigrant story that takes her from the shocking deprivations of her homeland to the sudden bounty of the promised land of America, without language, money, or a clear path.

It is a hard and lonely road. She teaches herself English by watching Sesame Street, keeps herself afloat working five jobs at once, lives in unheated rooms, suffers rape, collapses from exhaustion, marries poorly and divorces.But she also gives birth to her daughter, Lauryann, who will inspire her and finally root her in her new country. Min’s eventual successes-her writing career, a daughter at Stanford, a second husband she loves-are remarkable, but it is her struggle throughout toward genuine selfhood that elevates this dramatic, classic immigrant story to something powerfully universal.

In the Shadow of Freedom: A Heroic Journey to Liberation, Manhood, and America by Tchicaya Missamou

Born into the Congolese wilderness, Tchicaya Missamou became a child soldier at age 11. As a horrific civil war loomed across his country, Tchicaya began using his militia connections to ferry jewels, cash, computers, and white diplomats out of the country. By 17, he was rich. By 18, he was a hunted man, his house destroyed, his family brutalized in front of him by his own militia. By 19, he’d left behind everything he’d ever known, escaping to Europe and, eventually, to America.

Incredibly, that was only the start of his journey.

In the Shadow of Freedom is the uplifting story of one man’s quest to achieve the American Dream. Tchicaya Missamou’s life is a shining example of why America is a gift that should not be taken for granted, and why we are limited only by the breadth of our imagination and the strength of our will. The Weight of Shadows: A Memoir of Immigration & Displacement by José Orduña

In July of 2011 José Orduña was naturalized as an American citizen, a decision made, he admits, in bad faith and purely out of self-interest. Though grateful to his parents for their many sacrifices, which resulted in his citizenship, he feels anger and resentment towards a punitive and racist government. With a searingly original voice, Orduña reflects on the complicated and contradictory experience of morphing into a “legal” young, brown immigrant. He describes the absurd feeling of being given a piece of paper—his naturalization certificate—handed to him by a robed judge to certify something he has always known: he has a right to be here and is, at least in theory, equal under the law. A trenchant exploration of race, class, and identity, The Weight of Shadows chronicles the process of becoming a North American citizen in a post-9/11 United States.

After three acclaimed novels, Gary Shteyngart turns to memoir in a candid, witty, deeply poignant account of his life so far. Shteyngart shares his American immigrant experience, moving back and forth through time and memory with self-deprecating humor, moving insights, and literary bravado. The result is a resonant story of family and belonging that feels epic and intimate and distinctly his own.

Born Igor Shteyngart in Leningrad during the twilight of the Soviet Union, the curious, diminutive, asthmatic boy grew up with a persistent sense of yearning—for food, for acceptance, for words—desires that would follow him into adulthood. At five, Igor wrote his first novel, Lenin and His Magical Goose, and his grandmother paid him a slice of cheese for every page.

In the late 1970s, world events changed Igor’s life. Jimmy Carter and Leonid Brezhnev made a deal: exchange grain for the safe passage of Soviet Jews to America—a country Igor viewed as the enemy. Along the way, Igor became Gary so that he would suffer one or two fewer beatings from other kids. Coming to the United States from the Soviet Union was equivalent to stumbling off a monochromatic cliff and landing in a pool of pure Technicolor.

Swinging between a Soviet home life and American aspirations, Shteyngart found himself living in two contradictory worlds, all the while wishing that he could find a real home in one. And somebody to love him. And somebody to lend him sixty-nine cents for a McDonald’s hamburger.