“Discover California Art” this Saturday, April 1st, at 3:00 pm at the Linda Vista Branch Library. Panelists from the Pasadena Museum of California Art  will discuss the museum’s current exhibits and answer questions at an informative and interactive event.

If you would like to brush up on your knowledge of California art and artists, here is a selection of titles you can find at the library to get you started. 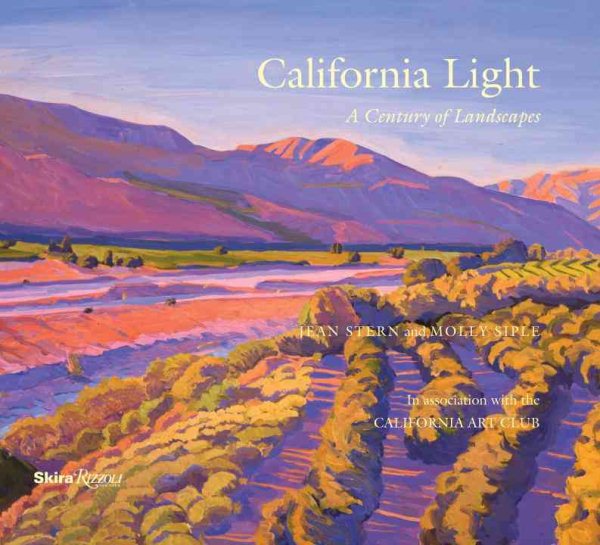 A first-of-its-kind celebration of the California Art Club, a society whose members have for one hundred years captured California’s staggeringly beautiful landscapes in resplendent plein air paintings. At the dawn of the twentieth century, California became home to artists from all over America and Europe who aspired to depict the state’s awe-inspiring natural landscapes on canvas. In 1909, these artists founded the California Art Club, which stands today as one of the most esteemed painting societies in the United States. The club has achieved distinction for its commitment to plein air painting, an Impressionistic style in which painters work outdoors in order to capture the ephemeral moment when the natural lighting of a landscape elevates an already beautiful scene into something sublime. Celebrating a century of unique artwork, this volume presents impeccable images of the art club’s masterworks, including unforgettable paintings of California’s stunning and varied beauty—desert vistas, plunging coastlines, verdant vineyards, charming towns, and snow-topped mountains.

State of Mind: New California Art circa 1970 by Constance M. Lewallen and Karen Moss; with additional essays by Julia Bryan-Wilson and Anne Rorimer State of Mind, the lavishly illustrated companion book to the exhibition of the same name, investigates California’s vital contributions to Conceptual art in particular, work that emerged in the late 1960s among scattered groups of young artists. The essays reveal connections between the northern and southern California Conceptual art scenes and argue that Conceptualism’s experimental practices and an array of then-new media performance, site-specific installations, film and video, mail art, and artists’ publications continue to exert an enormous influence on the artists working today. This comprehensive survey examines the fertile and diverse output of California artists during an extraordinary period of American history. The years between Richard Nixon’s resignation and Ronald Reagan’s election as president were difficult ones for America. Artists in particular were sensitive to enormous divisions in the country’s moods and beliefs. Examining art-making in California during a tumultuous transitional period, this catalogue accompanying a remarkable exhibition features approximately 125 California artists working in a wide array of media: from installation art to representational painting, from conceptual art to performance art, and from video to photography. Penetrating essays by leading art historians, critics, and curators explore the history and development of pluralist art practices throughout California; the artists’ responses to questions about race, gender, politics, and war; and the emergence of new movements and trends such as punk, post-studio art, and postmodernism.

Emerging From the Shadows: A Survey of Women Artists Working in California, 1860-1960 by Maurine St. Gaudens The set (four volumes) is exquisitely illustrated and printed in a well-designed four volume format that will hold up to heavy use in a reference or personal collection. Very well priced for the quality of the intellectual content and presentation of visual information. This title is essential for all academic libraries and public libraries with strong collections in art, women’s history, and history of the western United States This lengthy publication provided by the venerable Getty Research Institute is published in tandem with a 2008 exhibition at the J. Paul Getty Museum, and documents the work of nearly 60 California video artists, including excerpts from 42 new interviews with artists and curators. The book provides two main sections: the Artists section features biographical and interpretive essays, commissioned articles, reprints, video transcripts, and pictorial spreads; the Histories section contains six essays discussing feminist video projects from the Woman’s Building in Los Angeles, the history of artist’s experiments with cable television broadcasts, a chronicle of “underground” video projects in the 1980s, and a history of video programming at the Long Beach Museum of Art. Phillips (consulting curator, Getty Research Institute) provides an introduction to the text, discussing the seeds of origin for video art in California in the late 1960s and 1970s. 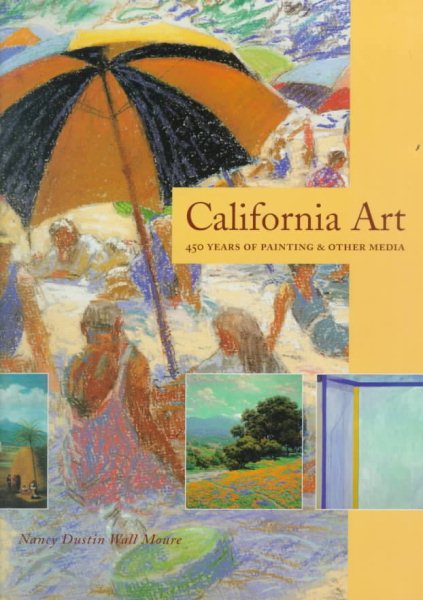 The focus of this book is on all two- and three-dimensional media created (by Californians and non-Californians) within the state, as well as work done abroad by prominent Golden Staters. The author also distinguishes between art’s separate evolution in Northern and Southern California.