Here are a few “May” titles, including a political history of May Day, a couple of mysteries (including one Young Adult title), a movie, a short story collection, and historical fiction about Henry VIII’s beloved wife Jane Seymour.

The Incomplete, True, Authentic, and Wonderful History of May Day by Peter Linebaugh 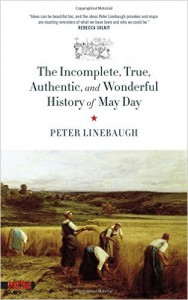 May 1st is a day that once made the rich and powerful cower in fear and caused Parliament to ban the Maypole—a magnificent and riotous day of rebirth, renewal, and refusal. This book’s reflections on the Red and the Green—out of which arguably the only hope for the future lies—are populated by the likes of Native American anarchocommunist Lucy Parsons, the Dodge Revolutionary Union Movement, Karl Marx, José Martí, W. E. B. Du Bois, Rosa Luxemburg, SNCC, and countless others, both sentient and verdant. The book is a forceful reminder of the potentialities of the future, for the coming of a time when the powerful will fall, the commons restored, and a better world born anew.

The May Queen Murders by Sarah Jude 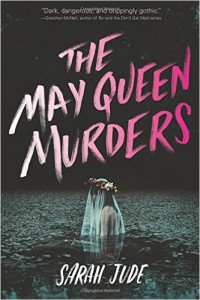 Stay on the roads. Don’t enter the woods. Never go out at night.

Those are the rules in Rowan’s Glen, a remote farming community in the Missouri Ozarks where Ivy Templeton’s family has lived for centuries. It’s an old-fashioned way of life, full of superstition and traditions, and sixteen-year-old Ivy loves it. The other kids at school may think the Glen kids are weird, but Ivy doesn’t care—she has her cousin Heather as her best friend. The two girls share everything with each other—or so Ivy thinks. When Heather goes missing after a May Day celebration, Ivy discovers that both her best friend and her beloved hometown are as full of secrets as the woods that surround them.

Bryant & May and the Burning Man by Christopher Fowler 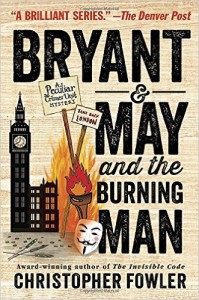 In the week before Guy Fawkes Night, London’s peaceful streets break out in sudden unrest. Enraged by a scandal involving a corrupt financier accused of insider trading, demonstrators are rioting outside the Findersbury Private Bank, chanting, marching, and growing violent. But when someone hurls a Molotov cocktail at the bank’s front door, killing a homeless man on its steps, Bryant, May, and the rest of the Peculiar Crimes Unit is called in. Is this an act of protest gone terribly wrong? Or a devious, premeditated murder?

Their investigation heats up when a second victim is reported dead in similar fiery circumstances. May discovers the latest victim has ties to the troubled bank, and Bryant refuses to believe this is mere coincidence. As the riots grow more intense and the body count climbs, Bryant and May hunt for a killer who’s adopting incendiary methods of execution, on a snaking trail of clues with roots in London’s history of rebellion, anarchy, and harsh justice. Now, they’ll have to throw themselves in the line of fire before the entire investigation goes up in smoke.

Snow in May: Stories by Kseniya Melnik 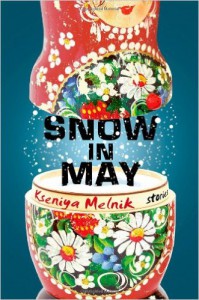 Kseniya Melnik’s Snow in May introduces a cast of characters bound by their relationship to the port town of Magadan in Russia’s Far East, a former gateway for prisoners assigned to Stalin’s forced-labor camps. Comprised of a surprising mix of newly minted professionals, ex-prisoners, intellectuals, musicians, and faithful Party workers, the community is vibrant and resilient and life in Magadan thrives even under the cover of near-perpetual snow. By blending history and fable, each of Melnik’s stories transports us somewhere completely new: a married Magadan woman considers a proposition from an Italian footballer in ’70s Moscow; an ailing young girl visits a witch doctor’s house where nothing is as it seems; a middle-aged dance teacher is entranced by a new student’s raw talent; a former Soviet boss tells his granddaughter the story of a thorny friendship; and a woman in 1958 jumps into a marriage with an army officer far too soon.

Weaving in and out of the last half of the twentieth century, Snow in May is an inventive, gorgeously rendered, and touching portrait of lives lived on the periphery where, despite their isolation―and perhaps because of it―the most seemingly insignificant moments can be beautiful, haunting, and effervescent.

The May Bride: A Novel of Tudor England by Suzannah Dunn 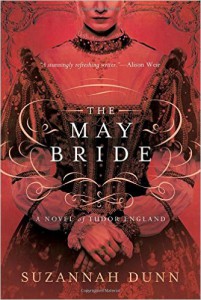 Jane Seymour is a shy, dutiful fifteen-year-old when her eldest brother, Edward, brings his bride home to Wolf Hall. Katherine Filliol is the perfect match for Edward, as well as being a breath of fresh air for the Seymour family, and Jane is captivated by the older girl.

Only two years later, however, the family is torn apart by a dreadful allegation―that Katherine has had an affair with the Seymour patriarch. The repercussions for all the Seymours are incalculable, not least for Katherine herself. When Jane is sent away to serve Katharine of Aragon, she is forced to witness another wife being put aside, with terrible consequences.

Changed forever by what happened to Katherine Filliol, Jane comes to understand that, in a world where power is held entirely by men, there is a way in which she can still hold true to herself. 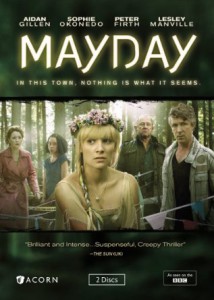 On May Day in a small community, the residents go about their everyday business as they wait for the traditional pagan parade to begin. When the newly crowned May Queen, the highlight of the event, does not show up, townsfolk grow suspicious that someone among them has kidnapped her.