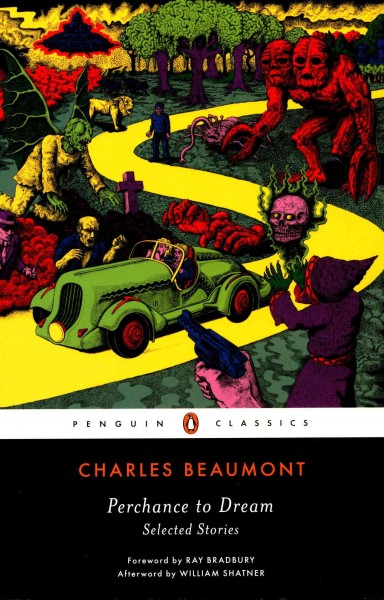 I rarely give a book five stars. This one deserves it, both for the quality of the work and for its importance in modern literary history.

Charles Beaumont, whose life was tragically short, wrote stories that became some of the best Twilight Zone episodes. Sadly, that’s about all that most modern readers know about him. This small collection helps to rectify that, by showing that he wrote other brilliant stories besides that ones that Rod Serling put onto our television screens and burned into our brains. In fact, Beaumont was a brilliant short story writer who, if he had lived longer, would have been recognized as one of the greats. His death at the age of 38 cut off a flood of short stories that had been flowing from his brain and pen.

There is an old Ray Bradbury essay included which describes their meeting and their friendship. There is also an afterword by William Shatner, and not just because of their Twilight Zone connection. For those not up on obscure bits of movie trivia, the only Roger Corman movie which ever lost money was a serious drama which starred William Shatner, with a story by Charles Beaumont. The film, called The Intruder, was a dark look a bigotry and violence, and while it got some of the best reviews a Corman movie ever received, it bombed financially.

Anyway, the stories in this collection include several of the ones with Twilight Zone connections, like “In His Image” and “The Howling Man,” but more importantly it has some others that hadn’t been available in a long time. One of my personal favorites from the collection was “The Magic Man,” a tale of illusion and deception, and how we don’t always want what we say that we want. Read this, and you will find your own favorite.