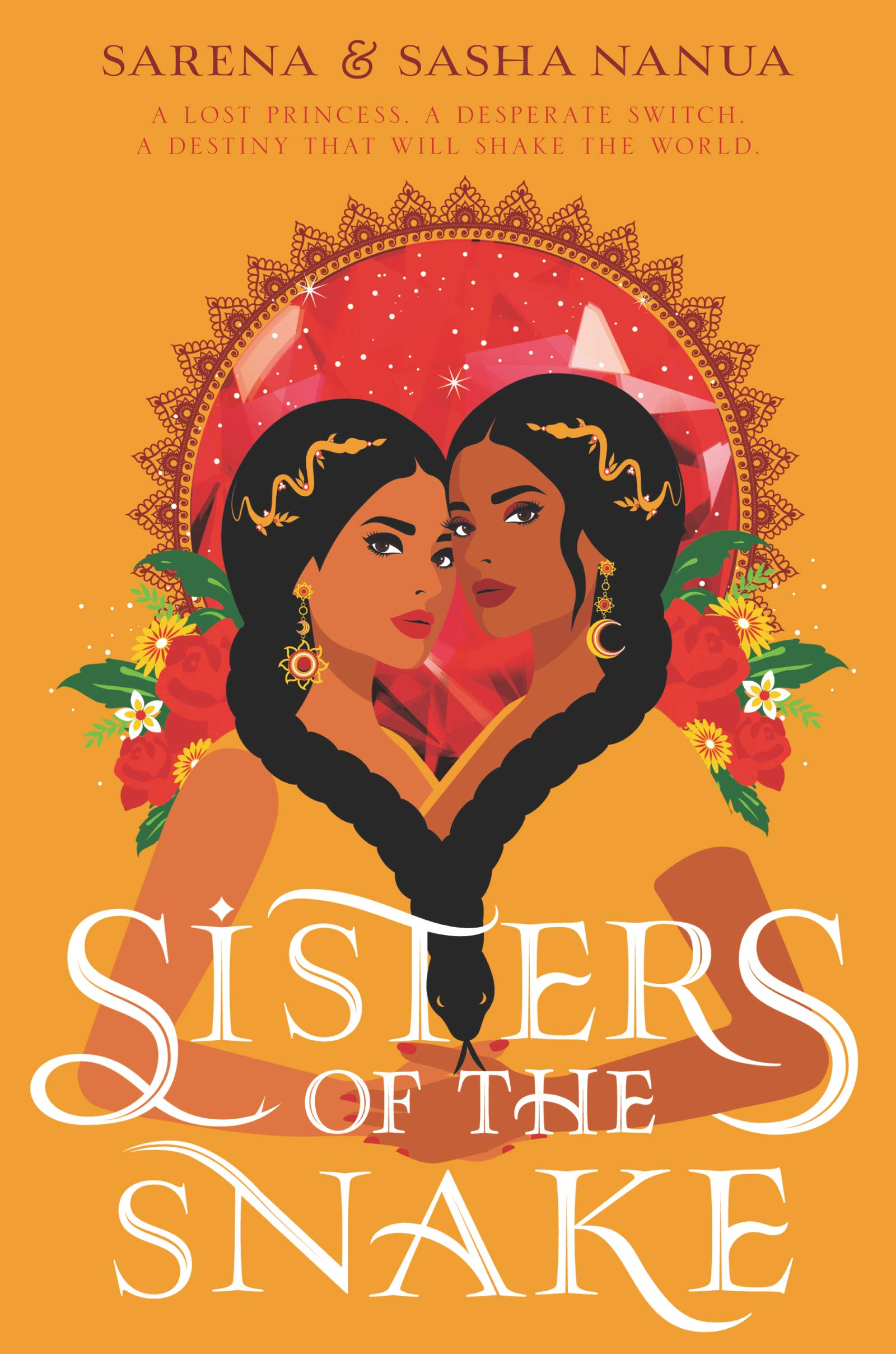 Sisters of the Snake By Sasha and Sarena Nanua

Written by the Nanua twins, Sisters of the Snake is a young adult fantasy novel depicting the perpendicular lives of thief Ria and princess Rani as they navigate their place in the kingdom of Abai. They exist in completely different planes, entirely separate societies until they meet and realize—they are identical twins! A spontaneous deal has them switching places and “living in another’s shoes” quite literally, all while working together to save their kingdom from an approaching war of devastating proportions.
With a snowballing magic system, unique kingdom, and enthralling plot, the premise of Sisters of the Snake is daring, immersive, and downright exciting. The powers are subtle at first, merely stories of legend and rumor. Yet, as the novel progresses, the mysticism deftly interlaces with the characters and their goals. Additionally, the kingdom of Abai is a fantastic cultural hub of fresh potential. Unlike many fantasy worlds of a eurocentric focus, the Nanua twins craft a refreshing society based on their Punjabi culture, with vivid descriptions of the food and Diwali festival. When reading about the different cities and countries involved in the novel, I just wish there was a map so I could picture the distances and geography of such an impressive world.
The impulsive, adrenaline filled swap between the twin girls is exhilarating. In the beginning, I looked forward to the post switch shenanigans and drama as the protagonists struggle to adapt to an opposite lifestyle. As the novel wore on, however, some of my original joy withered as the characters remained as two dimensional and lifeless as the start. The twins, not to mention a multitude of forgettable secondary leads, felt distant and used solely as a plot device. Their actions and decisions were not tied to a distinctive personality but to the progression of the story, despite the narration in first person. Unfortunately, as someone who values complex and lovable characters very much, this was a major con in my reading experience that was saved mostly by the Nanua twin’s amazingly evocative world.
3.5 stars.