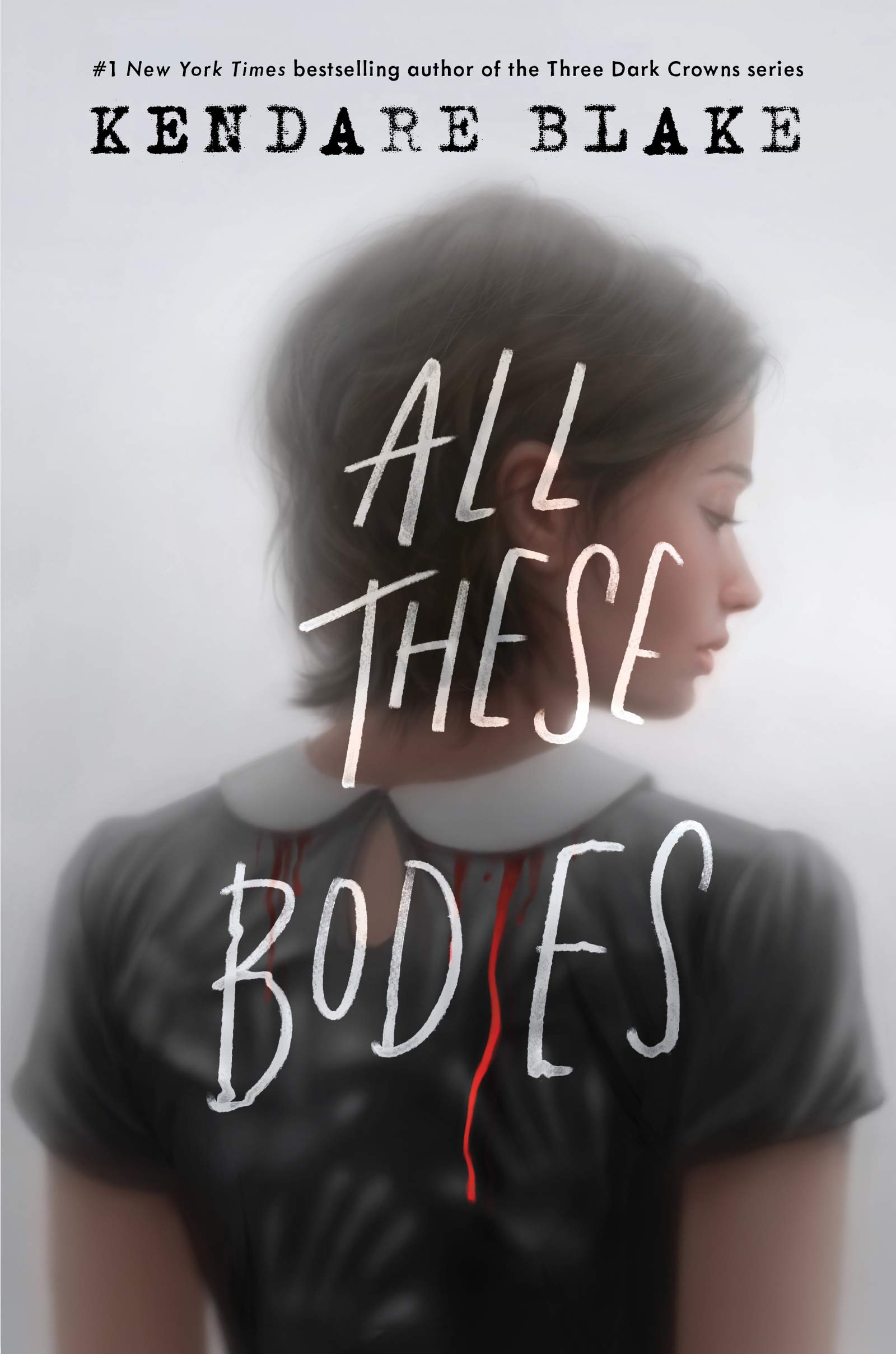 All These Bodies By Kendare Blake

Marie Catherine Hale (if that’s even her real name) was discovered on the night of September 19, 1958, standing amidst the bodies of Steven, Bob, and Sarah Carlson, who were all murdered that same night. The only person left alive from the attack was the baby, Patricia. She was set on the living room rug near her family, all of whom apparently died without a struggle. What’s even more odd than this was that Marie was covered head to toe in blood, and as it was discovered when she was taken to the police station, not a single drop of it was hers, making her the prime suspect for the deaths of not only the Carlsons, but an additional nine people across Nebraska, Wisconsin, Iowa, and Minnesota. This is mainly due to the complete lack of blood at each of the crime scenes-as if the victims had been drained of it deliberately, in every case, and in every case, apparently without a fight. It is for this same reason the murders have been dubbed “The Bloodless Murders” or “The Dracula Murders.” Michael, a seventeen-year-old and the son of the sheriff in the town where the Carlsons were killed, has been following the murders closely, and when Marie insists she will only tell her story to him, he has a chance to unveil the truth behind the spree that has begun to gain nationwide attention.

All These Bodies is a beautifully thought through murder mystery. The twists and turns that continue throughout the book, as Marie’s story unfolds, are constantly changing where the reader predicts the story will go. At times, the level of security that Marie is kept under feels unrealistic, but this is a minor detail in the overarching story. Her mystery accomplice in the murders, if he even exists, is an ominously looming presence, and although by the end, one is inclined to believe Marie’s version of events, there is no real proof that things went as she says they did. As in many real cases of murder, the public is willing to accept a version of events that leaves the reader with an irrepressible, chilling itch. I would recommend this book to anyone who enjoys murder mystery or the horror genre as a whole.