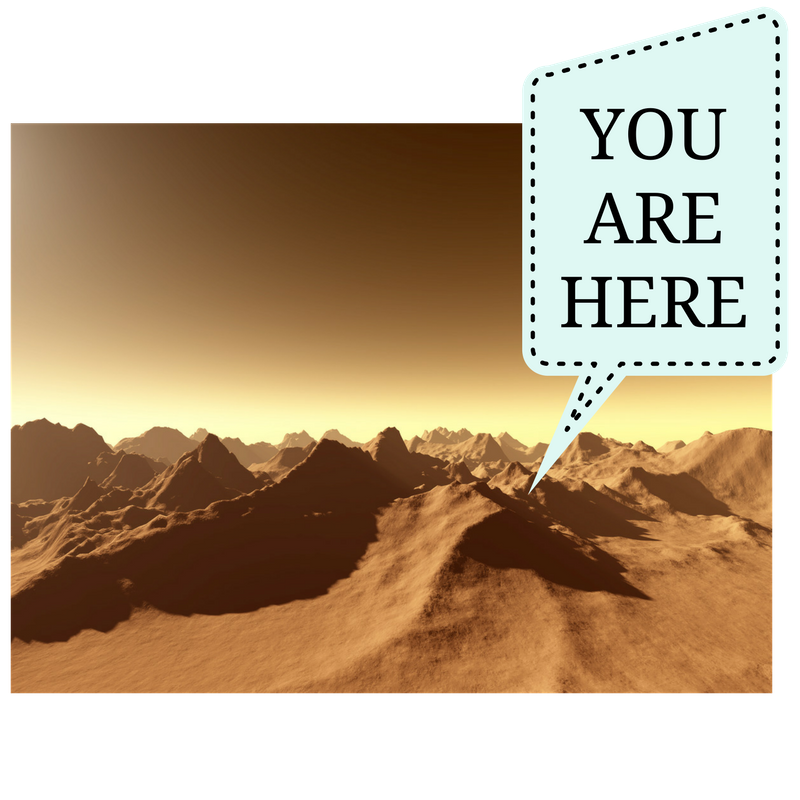 Library Technician Nick Smith writes professional reviews of new games. We’ll be sharing his reviews here regularly, along with books or other materials that correspond to the theme of the game reviewed…while we don’t currently carry games to check out at Pasadena Public Library, his reviews are a lot of fun and may whet your appetite to play!

One of the most interesting new board games of recent years is about trying to turn Mars into a place where humans could live. In Terraforming Mars, created by Jacob Fryxelius, each player plays the head of a corporation that has its own specialties and advantages, but all share a common goal. The winner is the one whose corporation has done the best and most profitable job along the way, including bonus points for special goals, as Mars is warmed and its atmosphere improved, and sufficient water is provided. The board shows a fairly accurate map of a large section of Mars, which is your “playing field.”

As the game goes on, your progress is measured by your relative Terraform Rating. Your resources for working on the planet are in money and material resources, ranging from cash to quantities of steel and titanium, to the simpler building blocks of plants and energy production. Each corporation has the opportunity to buy cards and to pay to put them into play, to further their goals. Plants can be spread, to improve the oxygen level of Mars. Energy production can be channeled into warming the planet and its atmosphere. Water can be developed from on-planet resources, or brought in from the outer planets. Planning well allows you to grow your terraforming business more efficiently than your competitors. Also, if you’re propelling a big hunk of ice in from the outer planets, and happen to drop it just a little too close to your competitor’s plant fields, well oopsy! These things happen, and you couldn’t possibly have done that deliberately, to slow down the opposition, now could you?

The game has already been nominated for various awards in the U.S. and Europe, and sold out the first two printings. New boards featuring other areas on Mars are on the way, as well as a follow-up game about Venus.
The concepts in the game are strongly based on what scientists currently suggest are the ways in which Mars could be terraformed. It wouldn’t be a quick process, and it wouldn’t produce another Earth, but given enough time and effort, it could be made close enough for humans to live on, with minimal life support.

The field of science fiction has produced a number of classic works that also focus on the terraforming of Mars, and how long and difficult a process it would be. The collection at Pasadena Public Library includes a few examples. If you’ve played the game and want more, or if you’re just interested in the idea, here are some suggestions:

The Sands of Mars by Arthur C. Clarke 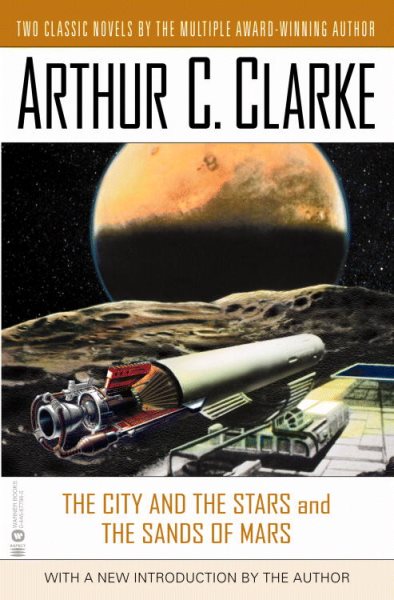 In The Sands of Mars, a science-fiction writer visits a research colony on Mars and discovers the perils of survival on another world.

The Martian Way and Other Science Fiction Stories by Isaac Asimov 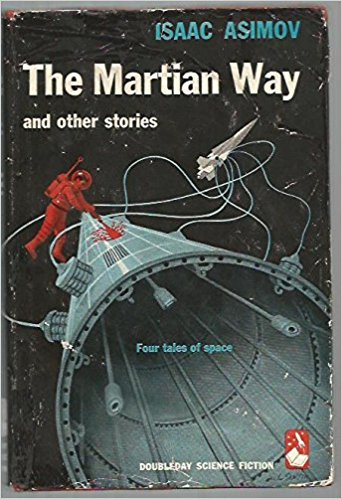 This collection of four famous science fiction tales masterfully exemplifies author Isaac Asimov’s ability to create quickly a believable human milieu in the midst of alien circumstances. Each of the long stores also shows his considerable skill in fully fleshing out a speculative scientific or social possibility.

For centuries, the barren, desolate landscape of the red planet has beckoned to humankind. Now a group of one hundred colonists begins a mission whose ultimate goal is to transform Mars into a more Earthlike planet. They will place giant satellite mirrors in Martian orbit to reflect light to the surface. Black dust sprinkled on the polar caps will capture warmth and melt the ice. And massive tunnels drilled into the mantle will create stupendous vents of hot gases. But despite these ambitious goals, there are some who would fight to the death to prevent Mars from ever being changed.

All 16-year-old Darrow knows is mining for helium-3 deep below the surface of Mars, believing, as do all those of the Red clan, that they are the first peoples of Mars who sacrifice their lives to create a habitable planet for the inhabitants of an overpopulated dying Earth. But when his equally young wife is hanged for singing a forbidden song of freedom, Darrow follows her to the gallows only to be saved by members of a higher clan who want to use him to overthrow those in power. Surgically altered to resemble a Gold, the highest, most powerful clan on Mars, Darrow undergoes a demanding training and education regime in an effort to attain admittance into the Institute from which the future leaders of Mars are chosen. It is only after he is chosen as one of the top 100 most promising students that he and his classmates discover just how vicious the ruling classes are as they are forced to fight one another in war games where only the most intelligent and the most ruthless can survive and rise. Brown’s debut novel, the first volume in a planned trilogy, is reminiscent of both Suzanne Collins’s The Hunger Games and William Goldman’s The Lord of the Flies but has a dark and twisted power of its own that will captivate readers and leave them wanting more. 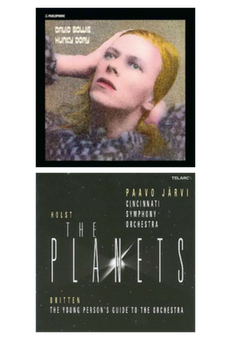 While you play or read, set the mood with some music.  If your tastes are for rock, “Life on Mars?” is the song Pitchfork named the best song of the 1970s in 2015.

Alternatively, for a classical spin, Gustav Holst’s work The Planets was composed as part of his interest in astrology. Each movement, including “Mars,” is intended to convey the psychic impact of the planet in musical form. Finally, if you’d like to watch a movie all about how you might have to “science” your own survival on Mars when an exploratory research mission goes horribly wrong, check out this film based on Andy Weir’s book of the same name.

During a manned mission to Mars, Astronaut Mark Watney (Matt Damon) is presumed dead after a fierce storm and left behind by his crew. But Watney has survived and finds himself stranded and alone on the hostile planet. With only meager supplies, he must draw upon his ingenuity, wit and spirit to subsist and find a way to signal to Earth that he is alive. Millions of miles away, NASA and a team of international scientists work tirelessly to bring “the Martian” home, while his crewmates concurrently plot a daring, if not impossible rescue mission. As these stories of incredible bravery unfold, the world comes together to root for Watney’s safe return.