Our Summer Reading program begins June 11th so get ready to sign up and earn prizes and badges! The theme this year is “Read for the Win!” and we have programs for kids, teens, and adults of all ages so everyone can participate. To get you in the competitive spirit and to celebrate the start of the NBA finals, which begin on Thursday, June 2nd, we have compiled a list of some excellent basketball reads. Whether you’re a rabid NBA fan, a lover of sports, or just enjoy reading compelling non-fiction, you can get in the winning mood with these titles. 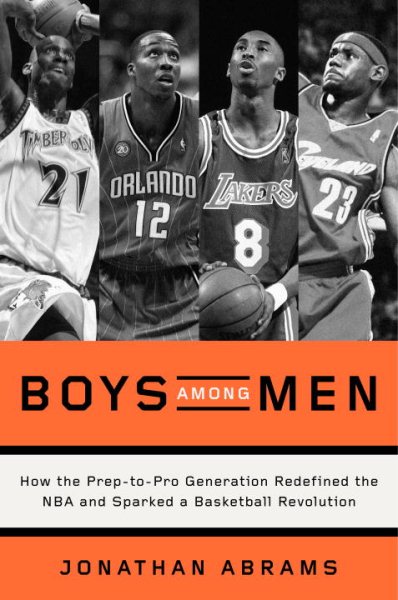 Boys Among Men: How the Prep-to-Pro Generation Redefined the NBA and Sparked a Basketball Revolution by Jonathan Abrams

When Kevin Garnett shocked the world by announcing that he would not be attending college—as young basketball prodigies were expected to do—but instead enter the 1995 NBA draft directly from high school, he blazed a trail for a generation of teenage basketball players to head straight for the pros. That trend would continue until the NBA instituted an age limit in 2005, requiring all players to attend college or another developmental program for at least one year. Over that decade-plus period, the list of players who made that difficult leap includes some of the most celebrated players of the modern era—Garnett, Kobe Bryant, LeBron James, Dwight Howard, Tracy McGrady, and numerous other stars. It also includes notable “busts” who either physically or mentally proved unable to handle the transition. But for better or for worse, the face of the NBA was forever changed by the prep-to-pro generation. 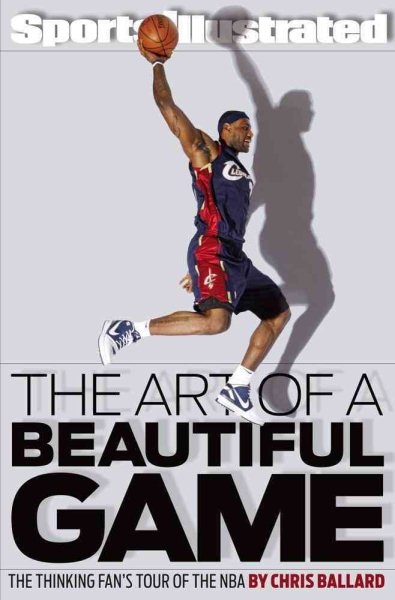 The Art of a Beautiful Game: The Thinking Fan’s Tour of the NBA by Chris Ballard

In The Art of a Beautiful Game, Chris Ballard, the award-winning Sports Illustrated writer who has covered the NBA for the past decade, goes behind the scenes to examine basketball in ways that will surprise even die-hard fans. An inveterate hoops junkie who played some college ball, Ballard sits down with the NBA’s most passionate, cerebral players to find out their tricks of the trade and to learn what drives them, taking readers away from the usual sports talk radio fodder and deep into the heart of the game. Packed with lively characters and basketball history, and grounded in superb writing and the reportage that is the hallmark of Sports Illustrated, The Art of a Beautiful Game is an often witty, always insightful look at the men like Steve Nash, Yao Ming, and Alonzo Mourning who devote themselves to this elegant and complicated sport. It ultimately provides basketball fans what they all want: an inside read on the game they love. 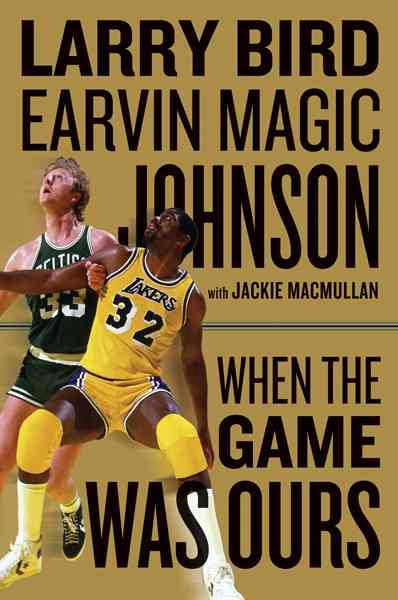 When the Game Was Ours by Larry Bird & Earvin “Magic” Johnson

From the moment these two players took the court on opposing sides, they engaged in a fierce physical and psychological battle. Their uncommonly competitive relationship came to symbolize the most compelling rivalry in the NBA. These were the basketball epics of the 1980s — Celtics vs Lakers, East vs West, physical vs finesse, Old School vs Showtime, even white vs black. Each pushed the other to greatness — together Bird and Johnson collected eight NBA Championships, six MVP awards and helped save the floundering NBA at its most critical time. When it started they were bitter rivals, but along the way they became lifelong friends. A compelling, up-close-and-personal portrait of basketball’s most inimitable duo, When the Game Was Ours is a reevaluation of three decades in counterpoint. It is also a rollicking ride through professional basketball’s best times. 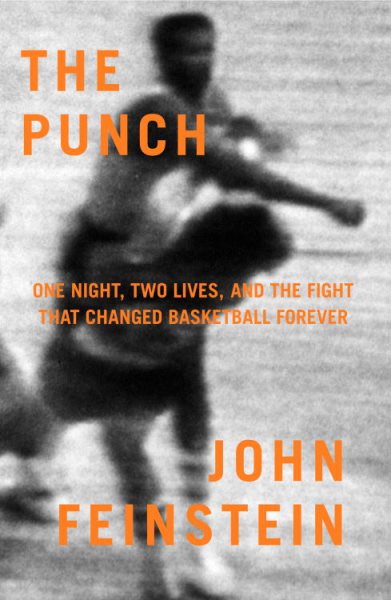 The Punch: One Night, Two Lives, and the Fight That Changed Basketball Forever by John Feinstein

With unerring insight into the deeper truths of professional sports, John Feinstein explores in riveting detail what happened one night in December 1977 when, as a fistfight broke out on the court between the Houston Rockets and the Los Angeles Lakers, Kermit Washington delivered a punch that nearly killed All-Star Rudy Tomjanovich. The punch-now legendary in the annals of American sports-radically changed the trajectory of both men’s lives and reverberates throughout the National Basketball Association to this day. Feinstein’s compelling investigation of this single cataclysmic incident and its aftermath casts a light on the NBA’s darkest secrets, revealing the true price men pay when they choose a career in sports. In Dream Team, acclaimed sports journalist Jack McCallum delivers the untold story of the greatest team ever assembled: the 1992 U.S. Olympic Men’s Basketball Team that captivated the world, kindled the hoop dreams of countless children around the planet, and remade the NBA into a global sensation.

As a senior staff writer for Sports Illustrated, McCallum enjoyed a courtside seat for the most exciting basketball spectacle on earth, covering the Dream Team from its inception to the gold medal ceremony in Barcelona. For the duration of the Olympics, he lived with, golfed with, and—most important—drank with some of the greatest players of the NBA’s Golden Age: Magic Johnson, the ebullient showman who shrugged off his recent diagnosis of HIV to become the team’s unquestioned captain and leader; Michael Jordan, the transcendent talent at the height of his powers as a player—and a marketing juggernaut; and Charles Barkley, the outspoken iconoclast whose utterances on and off the court threatened to ignite an international incident. Presiding over the entire traveling circus was the Dream Team’s beloved coach, Chuck Daly, whose laissez-faire approach proved instrumental in getting the most out of such disparate personalities and superstars such as Larry Bird, Patrick Ewing, and Scottie Pippen. In the twenty years since the Dream Team first captivated the world’s attention, its mystique has only grown—and so has its influence. Dream Team vividly re-creates the moment when a once-in-a-millennium group of athletes came together, outperformed the hype, and changed the future of sports—one perfectly executed fast break at a time. 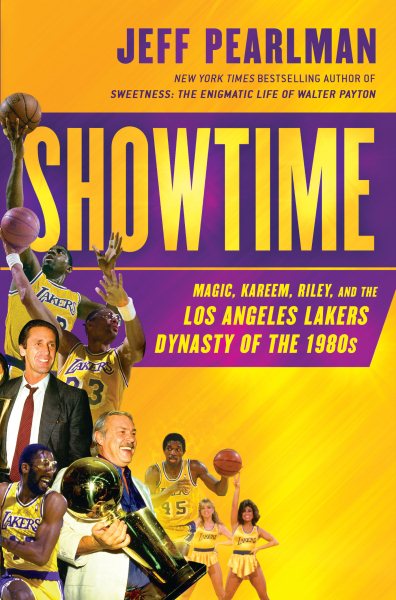 Showtime: Magic, Kareem, Riley, and the Los Angeles Lakers Dynasty of the 1980s by Jeff Pearlman

The Los Angeles Lakers of the 1980s personified the flamboyance and excess of the decade over which they reigned. Beginning with the arrival of Earvin “Magic” Johnson as the number-one overall pick of the 1979 draft, the Lakers played basketball with gusto and pizzazz, unleashing their famed “Showtime” run-and-gun style on a league unprepared for their speed and ferocity and became the most captivating show in sports and, arguably, in all-around American entertainment. The Lakers’ roster overflowed with exciting all-star-caliber players, including center Kareem Abdul-Jabbar, and they were led by the incomparable Pat Riley, known for his slicked-back hair, his Armani suits, and his arrogant strut. Hollywood’s biggest celebrities lined the court and gorgeous women flocked to the arena. Best of all, the team was a winner. Between 1980 and 1991, the Lakers played in an unmatched nine NBA championship series, capturing five of them. A dazzling account of one of America’s greatest sports sagas, Showtime is packed with indelible characters, vicious rivalries, and jaw-dropping, behind-the-scenes stories of the players’ decadent Hollywood lifestyles.