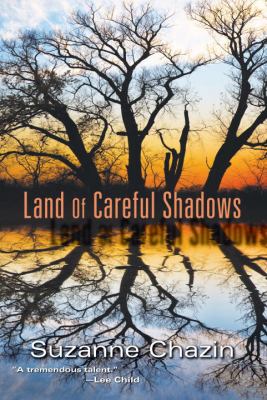 Land of Careful Shadows is a mystery/police procedural rather than mainstream fiction, but otherwise is very much in the same genre as our One City, One Story title, The Book of Unknown Americans. Like the latter, this novel is about the clashes of culture between different parts of the Latin American community, and with the “outside” world. The difference is that Land of Careful Shadows is more closely focused on death and violence, secrets and lies.

A dead body has been found in a town in upstate New York, one which is already under stress because of the increasing number of undocumented immigrants in town. Hate crimes and accusations are increasing, and the dead young woman may be a victim of that, or something even stranger. County detective Jimmy Vega is called in to help a small town police force investigate what may have been a brutal murder. At least, the body has been hidden in a way where that seems likely, but the evidence is confusing, and the victim’s identity deeply lost. As more characters are introduced, a web of connections comes to light, in ways that work cleverly to flesh out each of the characters.

As the story progresses, the interactions between the characters and their home cultures create an interesting blend of personalities. The author has created characters with lives and backgrounds which feel natural, and events which keep the reader guessing and thinking as clues to the mystery come out. It’s an honest mystery, in that the reader is eventually given all of the clues, as the various aspects of the story weave together into a dramatic whole.

The actions within the story also follow a natural flow of events, except for one event late in the story which felt more like a last-minute “justice must be served” addition to the plot. Still, the tale is very good, and well worth reading. The police procedural aspect isn’t of the grim and gory variety, but mostly focuses on odd clues from crime scenes and the difficulties of tracking down the real lives of people who have established false identities. This is not a standard mystery story, but instead a mystery/police procedural for readers who simply enjoy a good piece of fiction.