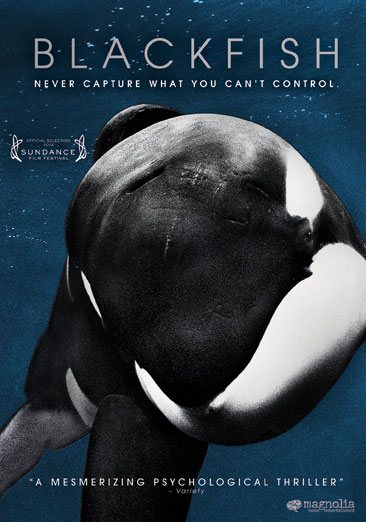 Documentaries are great to watch because not only can they entertain you, but they can also help you see issues in a new light. Blackfish is one of those films that does exactly that. It is about how killer whales or orcas are being kept in captivity, and how this captivity can cause them to attack their human trainers at wildlife parks like Seaworld. The film is filled with interviews with former trainers who did not feel that the whales were being properly cared for. It was fascinating to see how the whales were like in in the wild where they swam together like a community, but it was also sad when they were in captivity at theme parks. They tended to become more aggressive toward other whales and humans because of the confined space they were kept in. I wish representatives from Seaworld were in the film because they did not agree at all with how the park was portrayed after the film was released. They did have an offer to be in the film but ultimately declined. From watching the film, I came away feeling that the way to watch, and experience wildlife like whales is to watch them out in the open. There seems to be something unnatural to watching them in theme parks or even zoos. There are some graphic images in the film. However, even just hearing the stories of how the whales attacked people were pretty gruesome. The library has several copies of the film so check it out. It was one of those films that was eye-opening and at times uncomfortable to watch, but well worth viewing.

Previous Post: Happy 99th Birthday to the National Park Service!: 6 Books about America’s National Parks
Next Post: The Freedom to Read: Six of the Top 10 Challenged Books of 2014