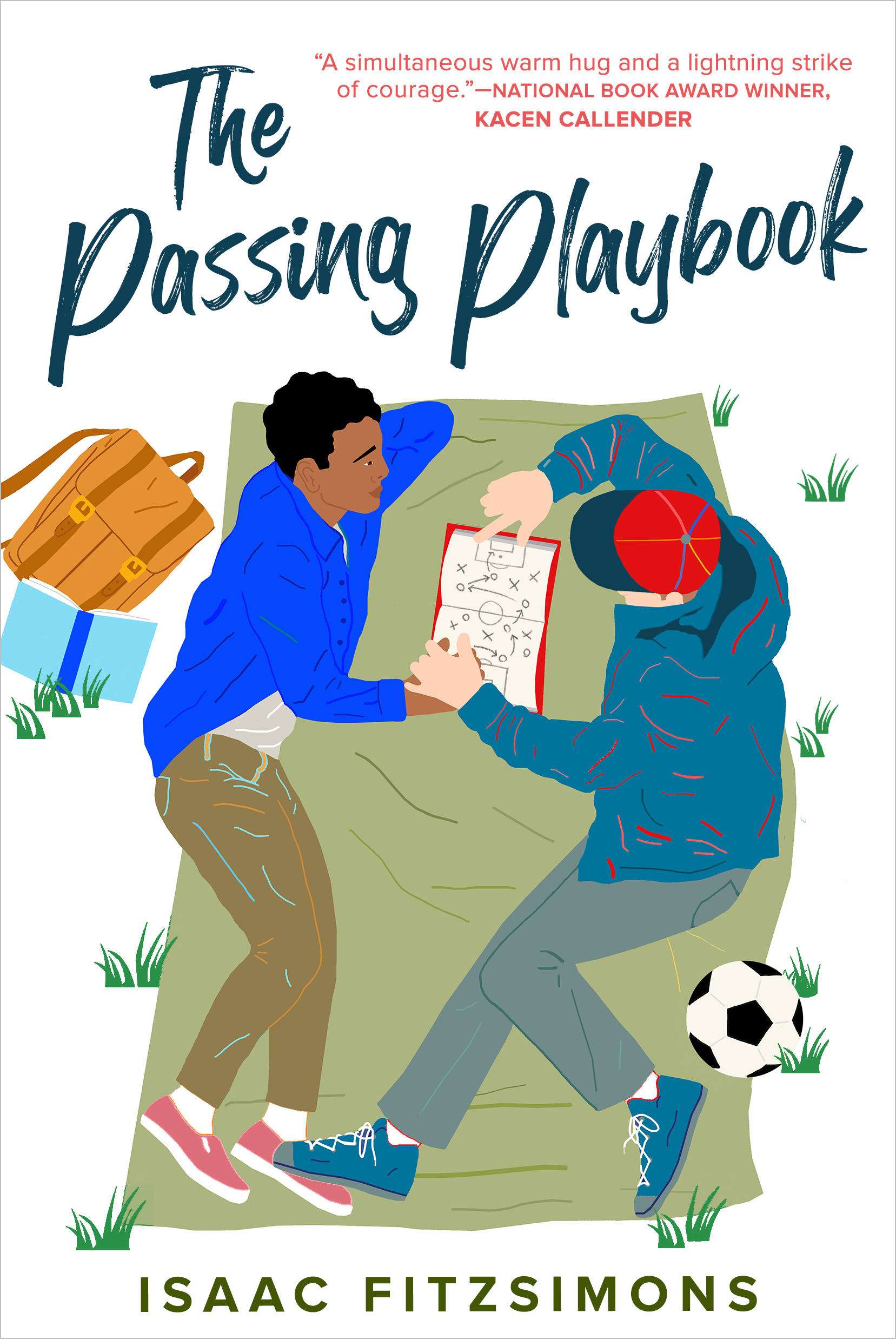 The Passing Playbook by Isaac Fitzsimons

Spencer Harris is ready for a new start. While weary of the burden of going into a private school, fifteen-year-old Spencer is determined to ease his parent’s nervous minds and make this year great, and most importantly, lay low. Spencer doesn’t want anyone at his new school to know that he’s transgender until he’s ready- especially considering what happened at his previous public school. His initial plan to avoid drawing attention to himself quickly gets unraveled when Spencer is recruited to try out for the soccer team- and makes it in. Juggling keeping him being transgender a secret, hangouts with his new soccer teammates, keeping soccer from his parents, and a new, enticing love possibility, Spencer has a lot on his plate. Laying low turns out to be harder than he thought.

As a thought-provoking, newly-shelved comfort novel, The Passing Playbook is a proud display of Issac Fitzsimon’s ability to write a good and multi-layered storyline. Fitzsimmons manages to make the novel an easy and lighthearted read while still highlighting the queer community, both their struggles and their beauty. He uses logic to deal with serious topics, and seamlessly enterwines them into the storyline. The rollercoaster of emotions Spencer undergoes while battling keeping different secrets from different people in his life is clearly displayed while still highlighting the nuances of his struggles. Fitzsimmons dedicates the novel to all members of the queer community, and does the community justice, providing one of the few novels that gives a voice to the LGBTQ+ community. His writing is invaluable, and the characters and storyline he produced really come to life. The storyline can become a little straightforward and cliched at times, but ultimately, it is a fun and insightful read. Recommended for 14 and up.