Welcome to Out of the Pantry. Today we are making Yaki udon to celebrate Asian American Pacific Islander Heritage Month.

Udon is chewy Japanese noodles made from wheat flour, water, and salt. It is typically served in a simple dashi-based broth and is thicker than buckwheat soba noodles—typically two to four millimeters—and can be either flat or rounded. The earliest iteration of udon noodles likely originated in China and was introduced to Japan during the Tang dynasty. The original udon may have been closer to a dumpling than a noodle, and in some parts of Japan, udon is still cut into squares rather than the long strands that became standard by the early fourteenth century. Traditionally made at home, udon began to be sold in specialty stalls after the popularity of commercial in the seventeenth century. Today, udon is eaten throughout Japan but especially in the south.

What is yaki udon?

Yaki udon is stir-fried with soy sauce, sesame oil, and veggies. It can be made vegan or with meat. Yaki udon is similar to yakisoba, another Japanese noodle stir-fry that uses thin noodles. The widely accepted story of yaki udon’s origins is that in post-World War II Japan, a noodle shop couldn’t get their regular yakisoba noodles due to food shortages. Instead they substituted with chewy udon noodles. Traditionally yaki udon uses pork, either ground or pork belly, as the protein. But it’s also common to see beef, chicken, seafood, or tofu as options for the dish. You can use whatever veggies you have on hand in yaki udon. Some popular choices would include carrots, scallions, mushrooms, and bell peppers. 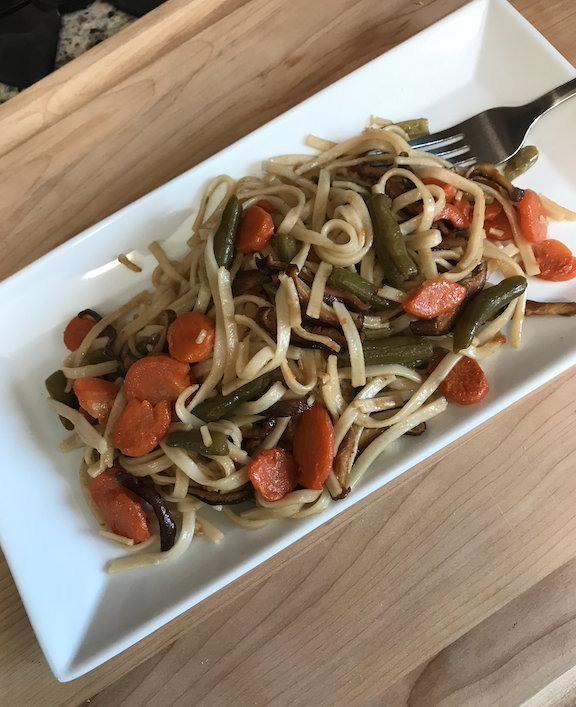 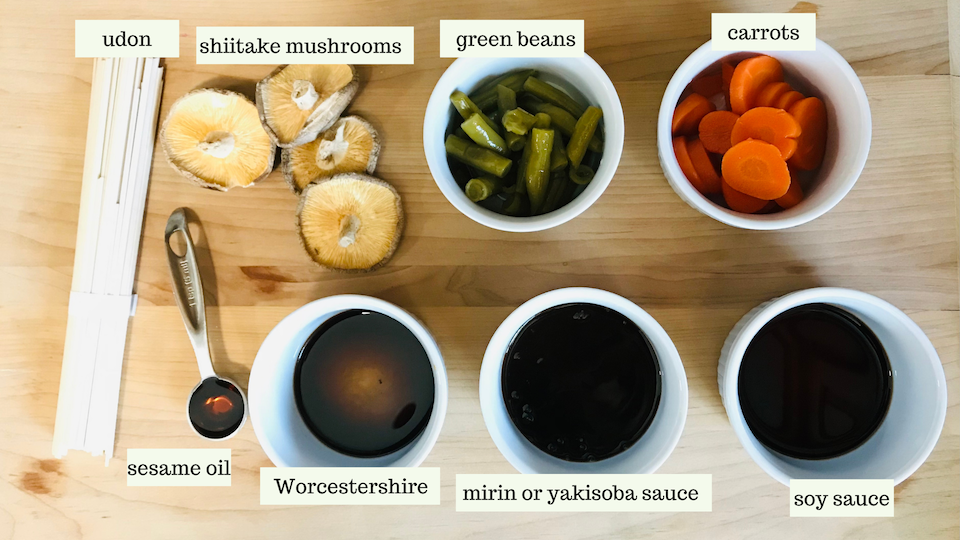 Special Thanks to our volunteers (Audrey, Grace, Maggie, and Samantha) for testing the recipe.

This project was supported in whole or in part by the U.S. Institute of Museum and Library Services under the provisions of the Library Services and Technology Act, administered in California by the State Librarian.