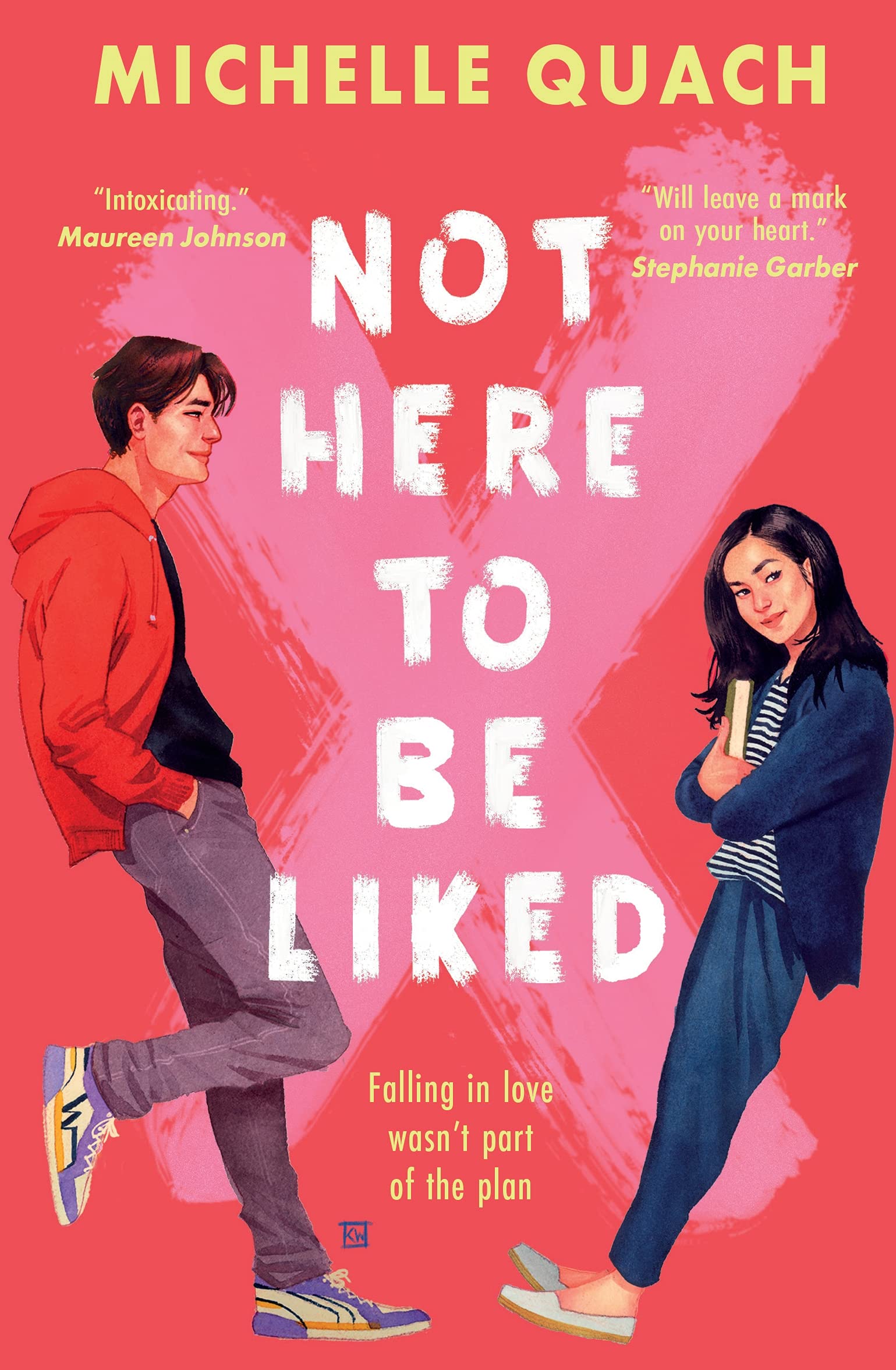 Not Here To Be Liked By Michelle Quach

Eliza Quan is determined to get elected editor-in-chief at her school newspaper. She’s been committed to it daily since freshman year, staying up late nights and editing early in the morning to get articles done; she’s a skilled writer, leader, speaker, and could care less about looks or material obsessions. She’s the most qualified, and is a near lock in to get the position, or at least, that’s what she thought until Len DiMartile, an ex-baseball player who just joined the year prior, decides to run the night before the election. Eliza is stunned when under-qualified, quiet Len is elected editor-in-chief and in a heated moment, Eliza writes an article pointing out the obscured sexism in Len’s election and the lack of female leaders at their school. The article-meant for her eyes only-is published in the school newspaper, and suddenly, Eliza is swept up in a feminism movement she never intended to begin.

Not Here To Be Liked is a sweeping story where Eliza’s voice stands out, giving fresh perspective on what the feminism movement really means and how women are often still undermined in society. More than just a story about a feminist movement, however, Michelle Quach works her magic in making the story about Eliza finding her own identity as an Asian, female student and how this defines how she should act and be perceived. Along the way, romance is spun into the novel, playing with the concepts of perspectives on male and female relationships in society, along with old-fashioned tugging at the heartstrings and bringing a smile to your face. Not Here To Be Liked is a genuine pleasure, a must-read for anyone making their way through high-school, finding their voice in the world, and maybe seeking some old-fashioned escapism. Recommended for teens aged 14 and older.