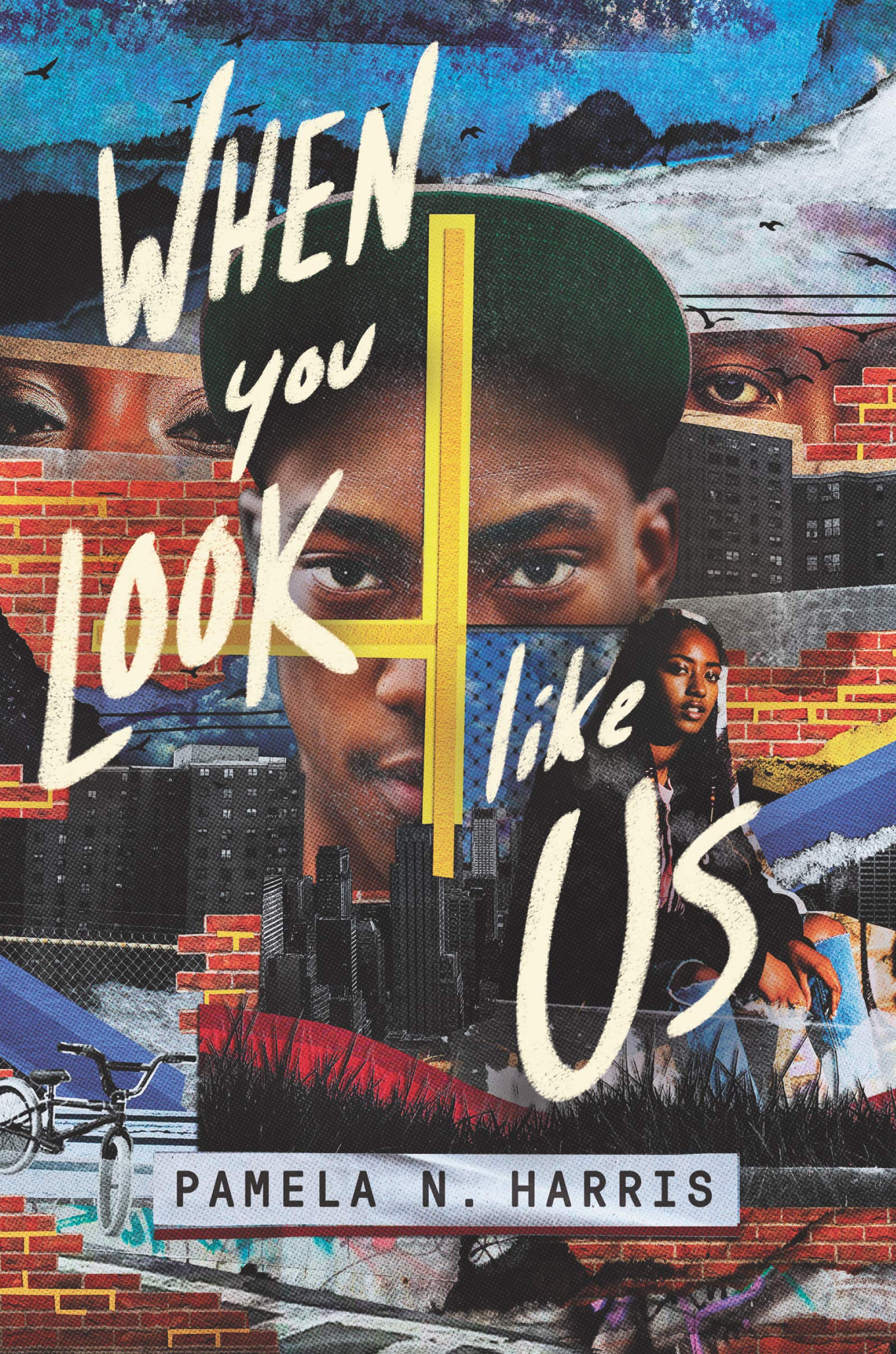 When You Look Like Us By Pamela N. Harris

When You Look Like Us is a story told from the perspective of African American high schooler, Jayson Murphy. He lives with his grandmother in a neighborhood that is generally considered to be the “bad part of town,” and throughout the book, Jay’s times of need are overshadowed by the constant torment of knowing that even his classmates would judge him if they knew where he lived. Early on in the story, Jay’s sister, Nicole, goes missing, and the book is the story of him trying to bring his sister home safely. In addition to trying to find his sister, he battles taking care of himself and his grandmother, MiMi, and feeling responsible for Nicole having gone missing to begin with. He also deals with a lot of stereotypes being applied to him- near the beginning of the story, he gets beaten up and is asked multiple times whether he was involved in fights, or beating up others with his ‘crew’. Desperate, upset, and simply trying to bring his sister home, Jay has to have a lot of resilience in order to navigate these situations.
In my opinion, When You Look Like Us was an excellent book. Jay is a likable character who faces realistic struggles like not being able to go to the police when his sister goes missing for fear of being stereotyped. The book goes at a good pace and spends little time on things not important to the story, but at the same time, all of the environments and clues on Jay’s search feel totally real. The search doesn’t move in a straight line. There are several dead ends, and aspects of the story that will feel completely arbitrary at one moment and vital to finding Nicole the next. Even while maintaining a realistic amount of slip-ups and mishaps, the search for Nicole never feels like a wild goose chase. When the book begins to feel like things are getting nowhere, something pivotal will take place, so I never felt bored or as if the writer was dwelling on one thing for too long. Even then, the transition felt completely smooth and natural. The dialogue was excellent although sometimes a bit unclear as to what was going on, but not to the extent that it was confusing. The characters felt real, and Jay’s commentary was well-timed and funny. I would recommend this book for someone who enjoys mystery or who enjoys subtle commentaries on the ever-present flaws of American society.
4.5 stars.