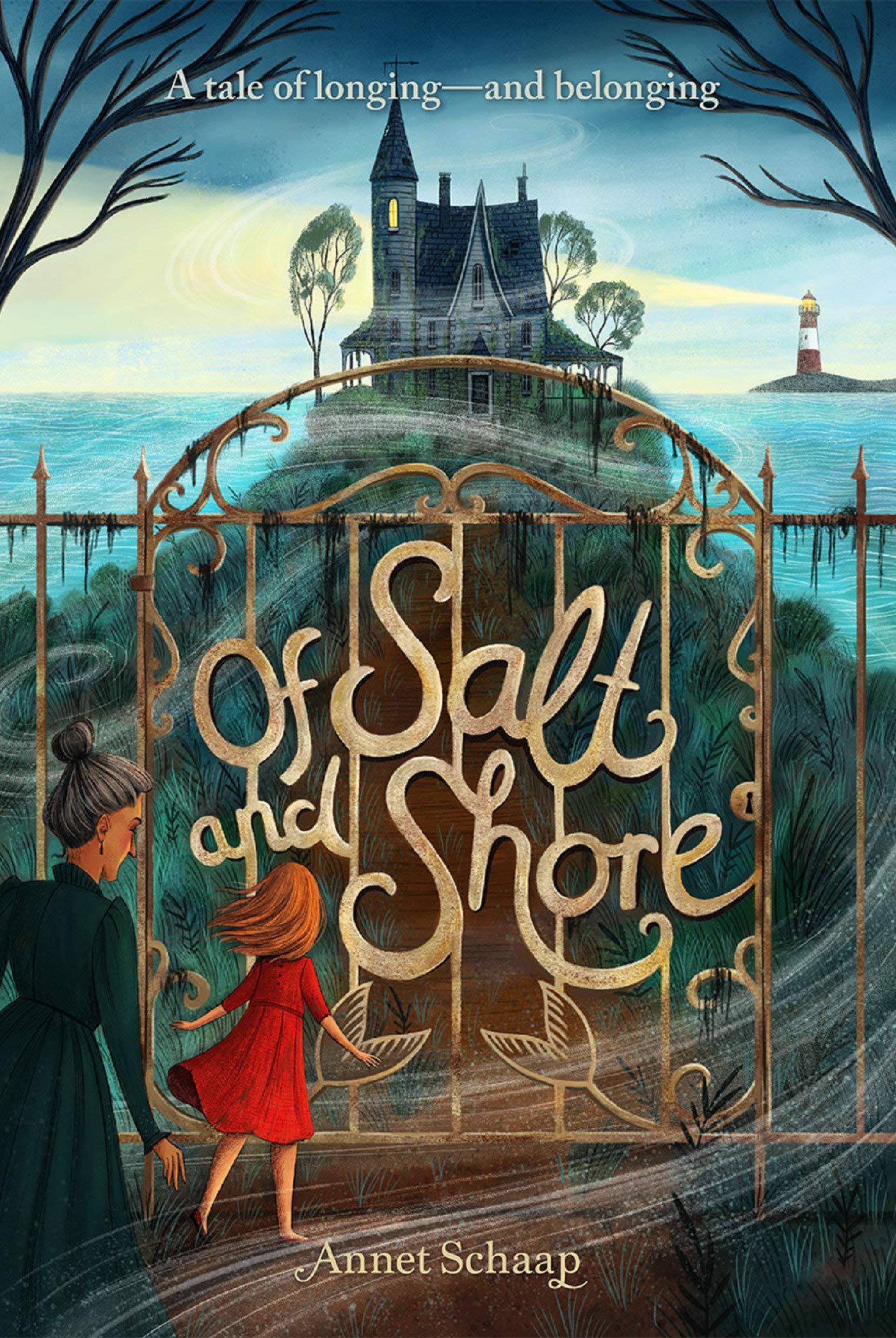 Of Salt & Shore By Annet Schaap

Emilia “Lampie” Waterman is the lighthouse keeper’s daughter, and it’s her responsibility to light the lighthouse’s lantern every day so that incoming ships won’t crash into the rocks. One stormy night, she forgets, and a ship is subsequently wrecked. The town demands that someone must pay for the damage, so Lampie is sent to become a maid at the admiral’s Black House—a nearby estate rumored to house a monster. However, Lampie soon finds that the monster is not a monster after all, but the admiral’s neglected and deformed son whom she nicknames “Fish”. At first, he is hostile towards her, but over time they become close friends. Together, they must explore and solve the mysteries of their pasts, which connect the folk of both land and sea.
Of Salt & Shore is a tale so evocative that you can practically feel the ocean’s salty spray tickle your nose while reading it. With a protagonist younger than the typical YA main character and a noticeable (and appreciated) lack of strong profanity, the book is well-suited for a tween audience as well as a teenage one. Many characters other than Lampie get at least a few paragraphs from their perspective, which helps the reader to really understand the story better. The one thing I was a bit confused about was that on the cover of the book, the tagline reads “What if the Little Mermaid left a child who didn’t belong in either world…? This story begins where the fairy tale ends.” At first, I thought that that child was Lampie, but I later realized that the tagline was referring to Fish. Of Salt & Shore presents a gracefully written story awash in the beautiful simplicity of young friendship.
4.5 stars.