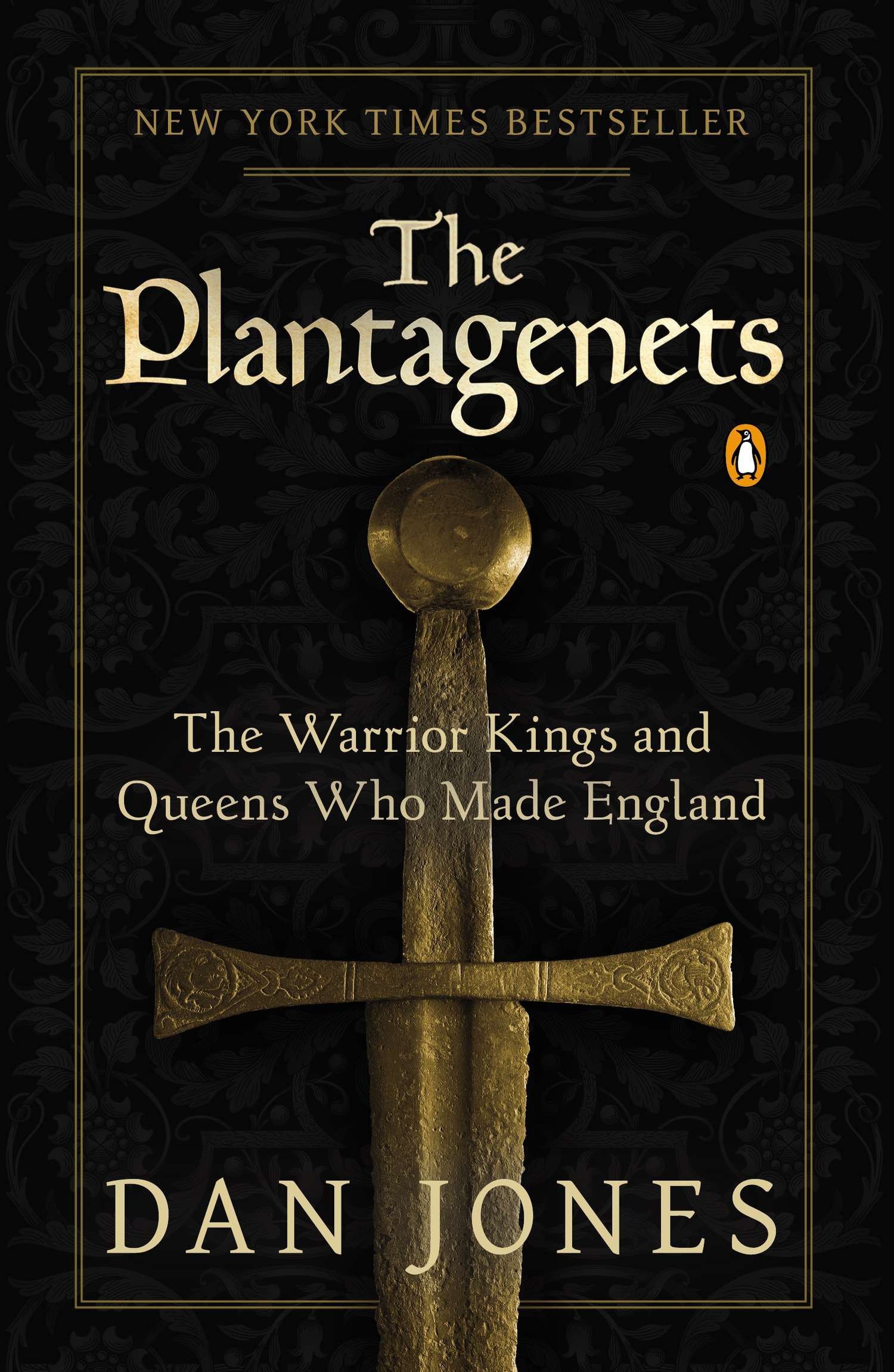 The Plantagenets: The Warrior Kings and Queens who Made England) By Dan Jones

Are you a fan of Game of Thrones or The White Queen? If so, you’ll love The Plantagenets, the true story of the ruthless and visionary family that transformed England from a scantily governed island into a vast and feared empire.
The book begins with the violent death of Henry I’s heir, an event that plunges England into a war of succession between Henry’s daughter, Matilda, and her cousin, Stephen of Blois. The conflict ends in the ascension of Matilda’s son Henry II, the first Plantagenet king. His descendants rule England for two and a half turbulent centuries, and their reigns are this story – Henry II cements Plantagenet rule over England and his French territories, only to be betrayed by his powerful wife, Eleanor of Aquitaine, and all of his sons. The Magna Carta, the inspiration for our Bill of Rights, is forced on the cruel King John by angry barons. Queen Isabella (“the She-Wolf of France”) overthrows her husband Edward II to place their son on the throne.
This story reads like a novel, describing lavish, glittering feasts and tournaments, as well as bloody battles, in vivid detail. You can feel the suspense as a prisoner in the Tower of London makes a momentous midnight escape, and you can almost hear the screams of the drowning in the shipwreck that began the Plantagenets’ rise. Jones’ descriptions made me want to see every abbey and castle described in the story, many of which still stand today. He made the medieval world and every one of his characters so compelling that I want to read all his other works.
I encourage anyone who likes either history, dynamic storytelling, or both, to read this book.
4.5 stars