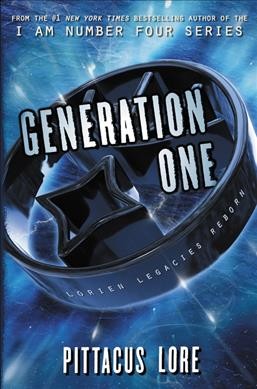 Generation One by Pittacus Lore

Generation One follows Taylor, a teenage girl living in a sleepy Midwest town. She enjoys the monotony of life and plans to take over the family farm when she grows old enough. Having survived an alien invasion with minimal consequences, Taylor’s life seems normal.  However, she begins to manifest strange new powers which include telekinesis and abnormal healing. Her life is further turned upside down when the world governments begin to round all of these abnormal people up and place them into a school to learn about their powers. Although at first everything seems crazy, Taylor settles down in her new environment and learns to control her powers. Underneath the surface, evil forces lurk inside and outside of the protected environment. As they begin to attack her and her friends, Taylor must grow up quickly and use her powers wisely.
At first glance, the premise seems trite and overused. I, for one, was prepared to not be impressed. A teenage girl manifesting powers and going to a school for gifted students, where they have to fight off evil forces? It sounds a lot like half of the young adult genre. What distinguishes this book from the other ones, however, is Pittacus Lore’s execution. The book starts out fast, and it doesn’t stop moving until the very end, where a sequel is set up. The characters stand out from the normal bunch, from a boy from Nigeria who can make his skin hard as steel, to a girl from Japan who can make any object explode. The interactions between the characters further cements this novel as unique and worth reading. Pittacus Lore successfully turns an overused prompt into a novel actually worth reading. In addition, the novel sets itself up nicely for a sequel that I will be sure to read. I would rate this book a 4/5, for the unique and strong characterization and execution.

Find this book in our catalog: Generation One