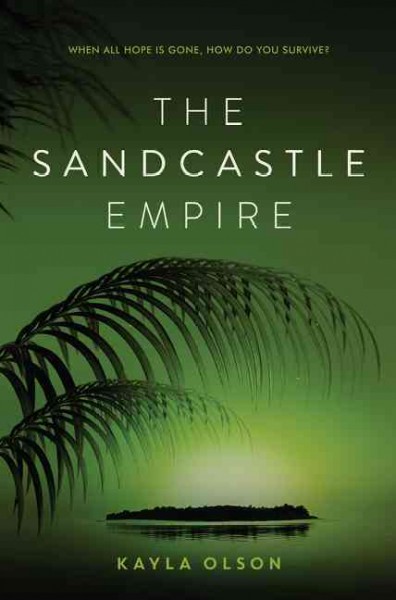 The Sandcastle Empire by Kayla Olson

Summary: When all hope is gone, how do you survive? Before the war, Eden’s life was easy—air conditioning, ice cream, long days at the beach. Then the revolution happened, and everything changed. Now a powerful group called the Wolfpack controls the earth and its resources. Eden has lost everything to them. They killed her family and her friends, destroyed her home, and imprisoned her. But Eden refuses to die by their hands. She knows the coordinates to the only neutral ground left in the world, a place called Sanctuary Island, and she is desperate to escape to its shores. Eden finally reaches the island and meets others resistant to the Wolves. But their solace is short-lived when one of Eden’s new friends goes missing. Braving the jungle in search of their lost ally, they quickly discover Sanctuary is filled with lethal traps and an enemy they never expected.  This island might be deadlier than the world Eden left behind, but surviving it is the only thing that stands between her and freedom. -Goodreads

The Sandcastle Empire by Kayla Olson starts out quite typically: a girl who lives under a totalitarian rule, her parents dead, suddenly manages to escape her life, running for freedom. And, at its core, this book really is that. The USA has fallen to some evil organization, and the myth of an island of sanctuary permeates. The main character and her newfound band of other escapees try to survive in the wilderness, but it all takes a darker turn when one of them disappears and the others risk life and limb to find her, only to have the lost person show up in a ship with a group of other people. Why did their group member disappear and where did she go?
This book was really descriptive. I could feel the beetles running up my legs in the jungle coming after my blood, the ocean waves crashing, and even the coarse and irritating sand. It was very descriptive, but the plot itself left much to be desired. The storyline was very clichéd and really was nothing special. The writing itself was very good, but the storyline did not compare. I would say this book, if it is in a series, could go anywhere and would be very interesting if it deviated from the normal plot. 2.5/5 stars.

Find this book in our catalog: The Sandcastle Empire