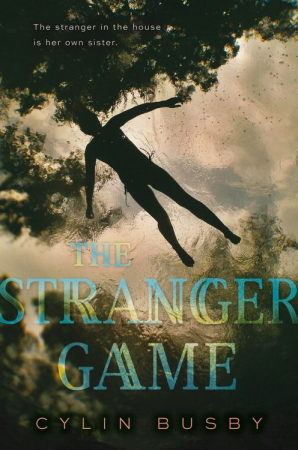 The Stranger Game by Cylin Busby

Summary: When Nico Walker’s older sister mysteriously disappears, her parents, family, and friends are devastated. But Nico can never admit what she herself feels: relief at finally being free of Sarah’s daily cruelties.
Then the best and worst thing happens: four years later, after dozens of false leads, Sarah is found.
But this girl is much changed from the one Nico knew. She’s thin and drawn, where Sarah had been golden and athletic; timid and unsure, instead of brash and competitive; and strangest of all, sweet and kind, when she had once been mean and abusive. Sarah’s retrograde amnesia has caused her to forget almost everything about her life, from small things like the plots of her favorite books and her tennis game to the more critical—where she’s been the last four years and what happened at the park on the fateful day she vanished. Despite the happy ending, the dark details of that day continue to haunt Nico, and it becomes clear that more than one person knows the true story of what happened to Sarah. . . .

If you can’t get enough of CSI: Crime Scene Investigation on TV, here is a book equivalent in mystery and suspense.
Nico Morris is a sixteen-year-old girl whose sister Sarah had been missing for the past four years. Imagine her shock when Sarah comes back home. Her perfect, athletic, mean older sister has transformed into this weak, scrawny, super nice girl in the course of four years. Nico never admitted this to anybody but she was actually relieved that her sister wasn’t around to torment her anymore, so it comes as a surprise when Sarah acts so nice to her and her whole family. The police and detective force are shocked at her reappearance but can’t get much out of Sarah. Her retrograde amnesia had caused her to forget where she was and what happened to her during the past four years. Still, life couldn’t be better for the Morris family. But, there’s something Nico knows about the day Sarah disappeared that no one else does. There’s something that makes Sarah’s sudden appearance almost impossible. And Sarah’s best friend, Paula, seems to know about it, too. Nico wants to keep the new Sarah she has with her now but Paula seems to be threatening to destroy the Morris family’s peace by revealing the truth. Nico knows the real Sarah is dead. So, what is this new Sarah’s story? Why is she here, impersonating a dead girl?
Overall, the main aspect of this book I liked is the way it is laid out, as a series of events that all connect to form a larger mystery. The chapters alternate between Nico and new Sarah so it is left to the reader to piece together the events to solve, or understand, the story altogether. It’s like a plot within a plot, a twist within a twist. Busby has done an amazing job by keeping mystery and excitement high with each chapter which automatically gets you interested in finishing the book. The characters are well-developed and you can feel a range of emotions in the different aspects of the story. Overall, this is a really good book and I can’t wait to read more from Busby.

Find this book in our catalog: The Stranger Game (available in eBook, physical copies on order)