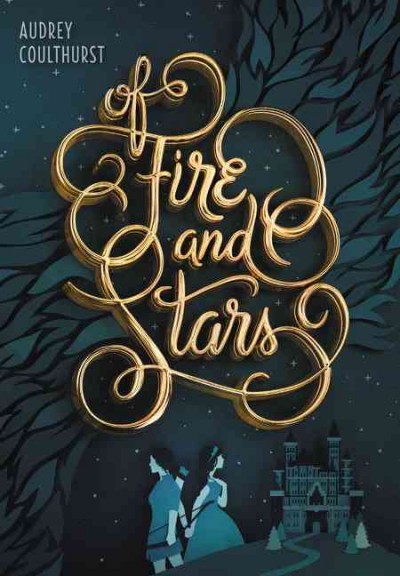 Of Fire and Stars by Audrey Coulthurst

Summary: Betrothed since childhood to the prince of Mynaria, Princess Dennaleia has always known what her future holds. Her marriage will seal the alliance between Mynaria and her homeland, protecting her people from other hostile lands. But Denna has a secret. She possesses an Affinity for fire—a dangerous gift for the future queen of a kingdom where magic is forbidden. Now, Denna must learn the ways of her new home while trying to hide her growing magic. To make matters worse, she must learn to ride Mynaria’s formidable warhorses—and her teacher is the person who intimidates her most, the prickly and unconventional Princess Amaranthine—called Mare—the sister of her betrothed. When a shocking assassination leaves the kingdom reeling, Mare and Denna reluctantly join forces to search for the culprit. As the two become closer, Mare is surprised by Denna’s intelligence and bravery, while Denna is drawn to Mare’s independent streak. And soon their friendship is threatening to blossom into something more. But with dangerous conflict brewing that makes the alliance more important than ever, acting on their feelings could be deadly. Forced to choose between their duty and their hearts, Mare and Denna must find a way to save their kingdoms—and each other. – Goodreads

Of Fire and Stars is a novel for the readers that love magic. It fits into the category of young adult novels that are a solid mix of medieval and magic (think Throne of Glass by Sarah J. Maas, the Grish Universe by Leigh Bardugo, etc.).
The plot isn’t particularly original. A lot of the premises have been done before, making it predictable. There’s nothing that sets this apart from other young adult fantasy novels. The writing is solid and detailed; but, at times, the pace of the novel was slowed down by all of the political elements. Because the premise was not unique, I felt as though I already knew all of the kingdom politics and had to drag myself through the introductory parts.
However, the strongest aspect of the novel is its characters. Coulthurst gives her characters and their relationships enough life to sustain the novel. The characters are strong-willed and lovable. Through the multiple POV’s, we get to see who these characters are and what they believe in. Additionally, they are distinct and entertaining. There wasn’t one that I favored over the other. They are unapologetically themselves.
In the Northern Kingdoms of the novel, a relationship between two women is completely normal. Characters don’t face shame or discrimination. I think this is a great way of showing young readers that being a part of the LGBTQ+ community is normal and nothing that you should feel the need to hide.
Overall, I give it 3/5 stars and would recommend it to those that adore the fantasy genre of YA, but not to those that want something more original.\

Find this book in our catalog: Of Fire and Stars