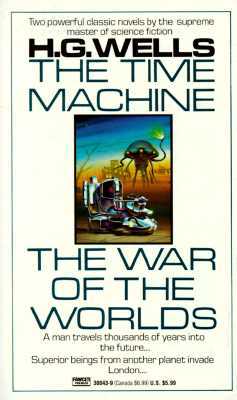 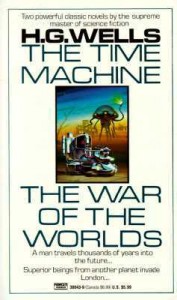 The War of the Worlds by H.G Wells

Earth—a green and blue sphere orbiting the fiery sun, the only planet in our solar system that is currently inhabited by a civilization whose advanced technology accentuates its air of superiority. We are that civilization, and it is our mistake to believe that Earth is the only advanced and powerful planet in the universe that can also support life. Consider the following: the Hubble Space Telescope tells us that there are 100 billion galaxies in the visible universe. In each galaxy, there are approximately 1 billion earth-like planets that can support life. Therefore, the number of earth-like planets in the visible universe is an astounding 100 quintillion. According to the computation, it would be highly illogical to assume that Earth is the only dominant planet in the universe that can support life.

In H.G Wells’s novel, The War of the Worlds, the above statement proves to be true when the citizens of Britain are visited, rather accosted, by the inhabitants of Mars. The War of the Worlds is a great book, in my opinion, because of H.G Wells’s surprising use of previous history to frame his novel; I would recommend this book to anyone who enjoys science fiction and reading about life on other planets.

When H.G Wells wrote this novel in 1898, science and technology were changing the world. Inventions such as the telephone, railroads, and hot-air balloons improved the quality of daily life. Also, in 1898, many historic events took place in Europe and Africa that influenced some parts of the novel. During that year, Europeans used weaponry on many Africans due to a colonization effort. All resistance to the Europeans was eradicated, the same way how all resistance to the Martians was eradicated in The War of the Worlds. For many centuries, Europeans had wanted to conquer Africa and obtain all of its riches. The Europeans instead had to make their profit through the Triangular Trade, where they would receive African slaves in exchange for rum and other goods. Why couldn’t the Europeans invade Africa? The answer is because of the multitudinous diseases that developed in Africa. Although the Africans were adapted to the diseases and were practically immune to them, the Europeans were foreign to the diseases and were wiped out by plagues the first time they landed in Africa. This relates exactly to the climax of the novel, when the Martians die due to the diseases of the humans. The relationships between H.G Wells’s novel and the current time period are ingenious when incorporated in the novel.

I personally found The War of the Worlds a cleverly put together novel due to the above relationships. H.G Wells’s brilliant way of portraying the world around him in a more science-inclined format is simply ingenious and creative. Those interested in science and extraterrestrial beings will certainly enjoy this wonderfully written novel. –Aarti, teen reviewer

Find this book in our library: The War of the Worlds