Saturday, July 20th is the 50th anniversary of the first time humans landed on the moon. An amazing moment in history shared by everyone on this planet. Commemorate the occasion by stopping in at Central Library on Thursdays between 2:00 and 4:00 to experience the moon landing virtually during our Virtual Reality sessions. Or, check out one of the titles below: a mix of fiction and nonfiction about the moon, the Apollo program and the “Space Race.” 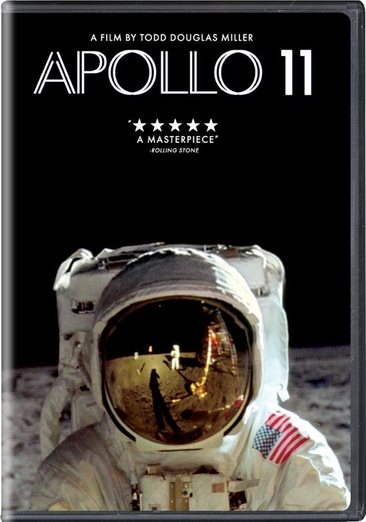 From director Todd Douglas Miller comes a cinematic event 50 years in the making. Crafted from a newly discovered trove of 65mm footage, and more than 11,000 hours of uncatalogued audio recordings, the film takes viewers straight to the heart of NASA’s most celebrated mission, the one that first put men on the moon, and forever made Neil Armstrong and Buzz Aldrin into household names. 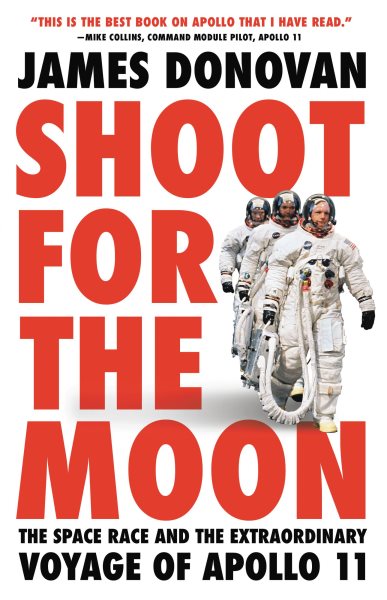 Shoot For the Moon: The Space Race and the Extraordinary Voyage of Apollo 11 by James Donovan

Donovan (A Terrible Glory) impressively chronicles the space race between the Soviet Union and the United States, culminating in Americans’ successful landing on the moon in July 1969. He succinctly relates the major milestones of the space race: the launch of the Soviet satellite Sputnik in 1957, the selection and celebrity of NASA’s Mercury Seven astronauts, John F. Kennedy’s vow to put a man on the moon by decade’s end, John Glenn’s orbit of the earth, the increasingly advanced missions of Project Gemini, America’s mid-’60s push past the Soviets after years of technological inferiority, the fatal fire on Apollo 1 in 1967 that almost derailed the whole program, and NASA’s recovery (especially Apollo 8’s lunar orbit in December 1968). The final quarter of the book focuses on Apollo 11, from the rocky process of forming its team through its years of training, its lunar landing, Neil Armstrong’s first steps, and its return to Earth. Exceptionally researched, this exciting, sometimes harrowing book highlights the work not only of the pioneering astronauts but also of thousands of technicians and engineers. This is a perfect volume to commemorate the 50th anniversary of the first lunar landing and all that led up to it.

Ashley (Adventures in the Strand) delivers a robust collection of 12 short science fiction classics representing the era when the moon was the center of the fantastic literary imagination. Included are such science fiction stalwarts as H.G. Wells (“First Men in the Moon”) and Arthur C. Clarke (“The Sentinel”). Entries include the poetic yet soporific (“Sunrise on the Moon” by John Munro), the action-packed (“Lunar Lilliput” by William F. Temple and “Nothing Happens on the Moon” by Paul Ernst), and the tragically poignant (“Dead Centre” by Judith Merril and “Whatever Gods There Be” by Gordon R. Dickson). 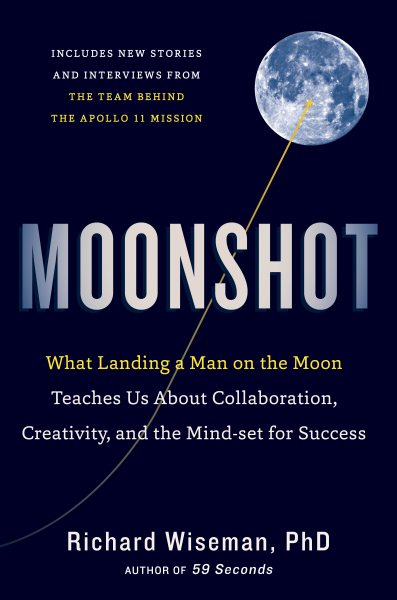 Moonshot: What Landing a Man On the Moon Teaches Us About Collaboration, Creativity, and the Mindset for Success by Richard Wiseman, PhD

On the 50th anniversary of the Apollo 11 moon landing, renowned psychologist Richard Wiseman reveals the powerful life lessons behind humanity’s greatest achievement. The historic moon landings were achieved against remarkable odds and within the space of just a few years. How can we apply the secrets of this astronomical success to our own goals, to achieve the impossible in work and in life? Psychologist Richard Wiseman brings together history, psychology, and self-help in this unique and powerful guide to achieving the impossible in work and in life. The result of intensive research, including interviews with surviving members of the Apollo mission-control team, Moonshot delivers eight key lessons on teamwork, leadership, persistence, creativity, and more, each one a vital part of the mindset for success. Filled with never-before-told stories and fresh insights, Moonshot sheds new light on the science of success–and empowers each of us to achieve the impossible.

In this page-turning history, Launius (The Smithsonian History of Space Exploration), former chief historian for NASA, investigates how “belief, knowledge, rational thought, and myth” have all shaped the legacy of NASA’s Apollo program in popular memory. Throughout, Launius is careful to relate conflicting perspectives. The program, he reminds readers, was initially attacked from both sides of the political aisle for costs “greater than their worth,” but the successful missions to the moon between 1969 and 1972 established Apollo as an exemplar of American scientific accomplishment. From the “sophisticated technical competence” that brought it to life, to the careful presentation of the astronauts as ideal American heroes (“one of the truly great examples of mythmaking in modern American history”), Apollo expanded Americans’ conception of the possible—for “if we can put a man on the moon, why can’t we do X?” Whether covering hard-to-explain scientific concepts or the puzzling persistence of moon-landing deniers, Launius’s erudite, approachable storytelling is superlative. Despite his past connection to NASA, he evenhandedly unpacks agency triumphs and failures alike. Space Age aficionados, political junkies, and general readers will find both the unexpected and the fascinating in Launius’s scrupulously researched account. 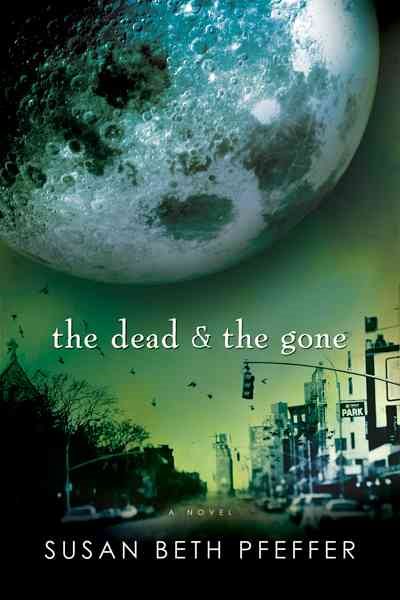 As riveting as Life as We Knew It and even grittier, this companion novel returns to the premise of that previous book to show how New York City responds to the global disasters that ensue when an asteroid knocks the moon out of orbit. This time Pfeffer focuses on high school junior Alex Morales, whose parents go missing after the catastrophe. It’s up to him to find a way to keep himself and his two younger sisters alive while the planet is rocked by famine, floods, freezing temperatures and widespread disease. Once again Pfeffer creates tension not only through her protagonist’s day-to-day struggles but also through chilling moral dilemmas: whether to rob the dead, who to save during a food riot, how long to preserve the hope that his parents might return. She depicts death and destruction more graphically than before, making the horror of Alex’s ordeal all the more real. Religion also plays a larger role. A devout Catholic, Alex finds his faith in God shaken, but he relies on the guidance, compassion and sacrifice of church leaders in order to stay alive. The powerful images and wrenching tragedies will haunt readers. 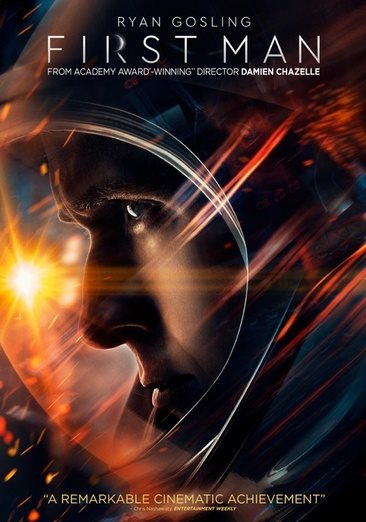 The riveting story behind the first manned mission to the moon, focusing on Neil Armstrong and the decade leading to the historic Apollo 11 flight. A visceral and intimate account told from Armstrong’s perspective, based on the book by James R. Hansen, the film explores the triumphs and the cost, on Armstrong, his family, his colleagues and the nation itself; of one of the most dangerous missions in history. 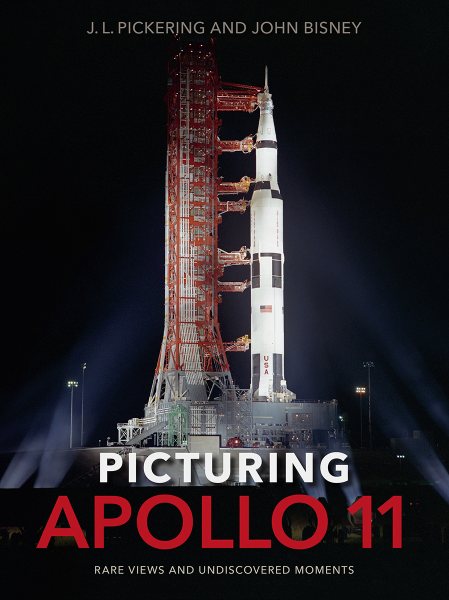 In a story told primarily through photos and captions, historian Pickering and journalist Bisney (coauthors of Moonshots and Snapshots of Project Apollo), chronicle 1969’s heady days of “moon fever.” Across 10 well-organized chapters, the selected images capture the country’s mounting excitement; the meticulous preparation of astronauts Buzz Aldrin, Neil Armstrong, and Michael Collins; and finally the moon landing itself and the crew’s return to Earth. Subjects range from the magnificent—the Apollo 11 rocket at sunset or twilight on the launching pad—to the mundane—the astronauts signing rental car forms at a NASA base. Some of the most affecting images are simple portraits of Aldrin, Armstrong, and Collins, which amply capture their discipline and determination. In the introduction, Bisney notes that he and Pickering don’t claim to include any new material from space, as all “in-flight photography” has been publicly available since 1969; NASA buffs familiar with such images may find fresh interest in, for instance, those of the astronauts enduring a 21-day isolation period after their return and then being feted around the world. The reader is left with an ample sense of the astronauts’ fame and, thanks to Pickering and Bisney’s wise selections, of their lasting accomplishment. 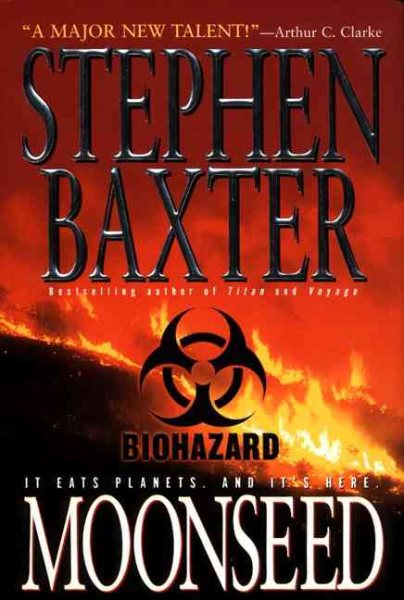 The explosion of Venus catalyzes a loose sample of moonrock on Earth and begins a process that steadily erodes the surface of the planet. As astronomers, geologists, and government researchers search frantically for a way to inhibit the spread of “moonseed,” a former astronaut holds within his memory the clue to Earth’s salvation. The author of Voyage evokes a sense of impending doom and 11th-hour tension in this science fiction disaster story.

Apollo 8: The Thrilling Story of the First Mission to the Moon by Jeffrey Kluger

In spare yet vivid prose, Kluger (with Jim Lovell, coauthor of Lost Moon: The Perilous Voyage of Apollo 13), senior writer at Time, captures the nostalgia and excitement of a “space-drunk nation” in this gripping account of the first lunar mission. Beginning years before the 1968 launch, the story revolves around Apollo 8’s crew: Frank Borman, Jim Lovell, and Bill Anders. Slated for Apollo 9, they were switched to the first moonshot in an ambitious bid to meet President Kennedy’s timetable. Kluger sets the crew’s personal histories amid the space race, NASA’s early days, and the Gemini 7 program, in which Borman and Lovell orbited Earth in their underwear, eating “lots of fruitcake—packaged like unholy sausage links.” Kluger’s extensive research and relatable analogies show how “the levers of the great American moon machine were being thrown.” Launching a “mass of foil origami” takes a village, and such major players as Chris Kraft as well as the crew’s families are brilliantly sketched. Readers will relish Kluger’s multisensory prose, and the whole gamut of space flight comes alive in the details. Moreover, extensive interviews lend authenticity to the dialogue and character sketches. Kluger’s laudable storytelling novelistically conveys the charged politics of the era while revealing difficult technical concepts. 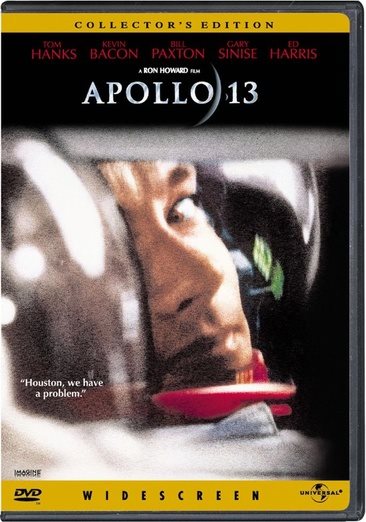