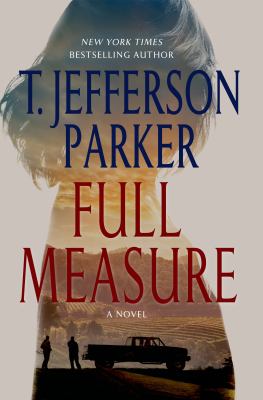 This book is unlike most of Parker’s fiction, in that it is not exactly a crime novel, although there are several crimes involved. It is not exactly a mystery, even though there are two deadly mysteries which wander through the threads of the story. It’s a “back from the war” novel, only the question of whether one is ever fully returned from combat is part of the story.

Patrick has just come home from Afghanistan, and Full Measure tries to convey some of the horror of that setting. A thing as simple as finding it hard to relax, when you’ve spent the last year hyper-vigilant in combat, is a telling point that most people may never have considered. Making it worse, he has come home to a local crisis, as wildfires have burned parts of the local avocado farms and put the whole family (and some neighbors) at risk of financial ruin. The fire, the recession, and a long list of other issues have brought Patrick’s family and others to the brink, just in time for an old evil to resurface.

Patrick’s brother, Ted, is barely hanging on in a world he has trouble understanding. Something is not quite right about his brain, with his odd obsessions, near-autistic interactions, and a laundry list of other issues. He has, perhaps unfairly, been kicked out of college, and is adrift.

As Patrick tries to find a place to recover and find his place in the world, more things keep getting in the way, from financial disasters to the behavior of his Marine buddies. Additionally, the town itself is in crises of its own, both financial and social, and things build toward both literal and figurative storms. Storms don’t always have happy endings.