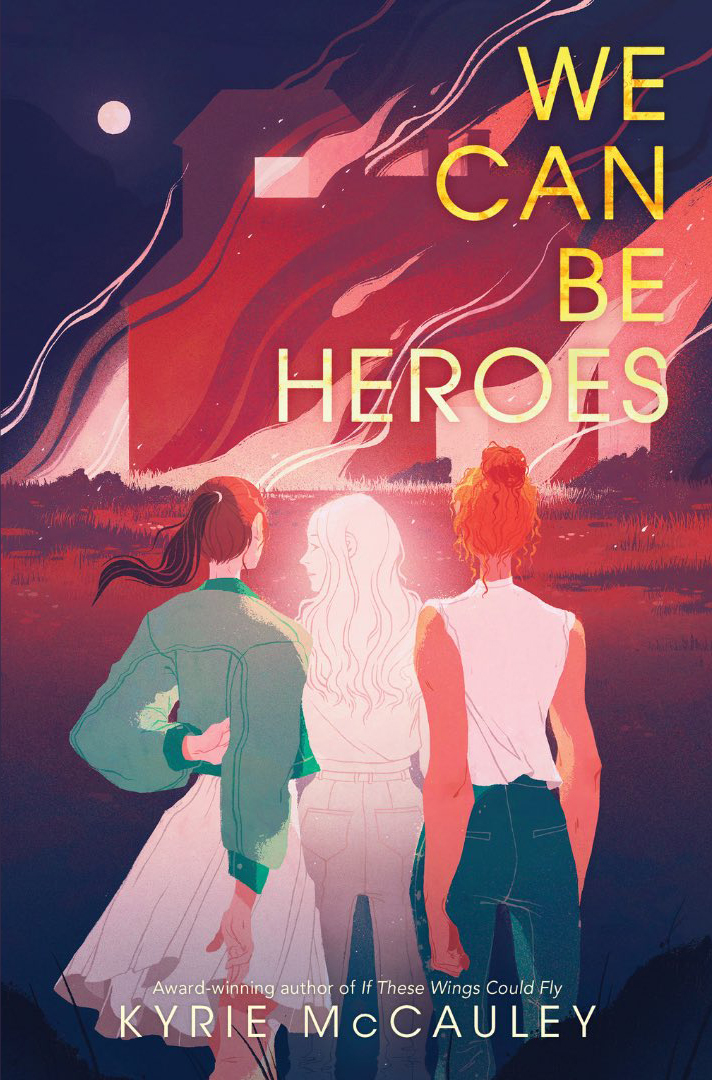 We Can Be Heroes by Kyrie McCauley

Beck and Vivian’s entire lives changed in a single day— the day their best friend, Cassie, was shot. Cassie was the glue that kept the three of them friends, so in the first few months after she died, Beck and Vivian stopped talking. This all changed when Vivian saw Beck painting a mural commemorating Cassie over an advertisement for the gun company that had killed her. As they were driving away, the pair thought they heard their deceased friend humming along with the radio— because she was. As Cassie’s ghost reframed the story of her murder, her friends realized the town has moved on from the pressing issue of gun violence far too quickly, and they devised a plan to help avenge their friend, and to subsequently save the next girl who falls prey to domestic abuse.

When I first began reading We Can Be Heroes, I was concerned that the way it switched between writing formats would get in the way of the story’s flow. There are several chapters dedicated to Cassie speaking in broken-up sentences, along with clips from podcasts, and Beck and Vivian take alternating turns being narrators. As a result, one may assume that the story is clunky, moves slowly, and is difficult to understand, but this could not be further from the truth. Although initially somewhat abrupt, this style of writing is utilized perfectly to not only move the story forward, but give it depth and make the world feel three-dimensional. The topics addressed in the book may also lead someone to believe that the story has little content beyond the issues of gun control and domestic violence, but in fact, Beck, Cassie, and Vivian’s friendship takes the forefront for much of the book. It is perfectly balanced between these two things, intertwining whimsical stories about the girls’ childhoods with far more serious stories about Cassie’s abusive ex-boyfriend. If anything, this format allows the reader to see deeper into Cassie’s character, and be more invested in Beck and Vivian’s plans to avenge her. It also allows the reader to share in their outrage that the local papers talked far more about Cassie’s killer than Cassie herself. All in all, this was one of the best books I’ve read in a while. I would recommend it to anyone who enjoys stories about fighting for social justice with a side of paranormal activity.