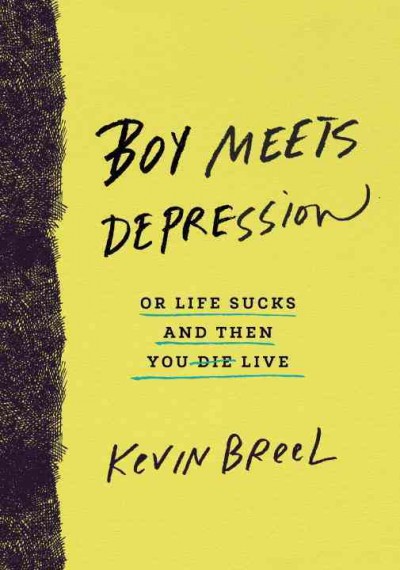 Summary: Kevin Breel burst into the public’s awareness when at 19 his TED talk became a worldwide phenomenon. Star athlete, ace student, and life of the party: in short, he was every parent’s dream. From the outside his life looked perfect. On the inside, though, the pain and shame of depression were killing him. Now, in his first book, he smashes the silence surrounding what it’s like to be young, male, and depressed in a culture that has no place for that. Through the lens of his own near suicide, he shows other sufferers that the real miracle of life isn’t found in perfection, it’s in our ability to heal and accept the dark parts of ourselves. -Goodreads

Boy Meets Depression is an amazingly powerful book. Written by Kevin Breel, it is the autobiography of a young man from his birth to his current life. Having been born into a relatively unstable family environment, Kevin manages to survive and thrive as he looks around him for entertainment. He changes school more than a couple times to deal with problems, and is always running away from his problems. This causes him to sink into a deep depression where he considers suicide, and is only stopped by his mother, who cares for him more than anything.
This book was incredibly honest about what it means to be depressed. I will admit, it was hard to read the final 80 pages of the book because it was so raw. It felt so real and compelling. Kevin Breel has done an excellent job writing about what it means to be lost in your depression. He explains it in such real and painful terms it’s hard to not sympathize and live through it as the book progresses. The uncomfortable subject of depression is discussed realistically, with no filters, and helps the reader to understand what it means. The book truly speaks to the reader on an emotional level. 4.5/5 stars.

Find this book in our catalog: Boy Meets Depression