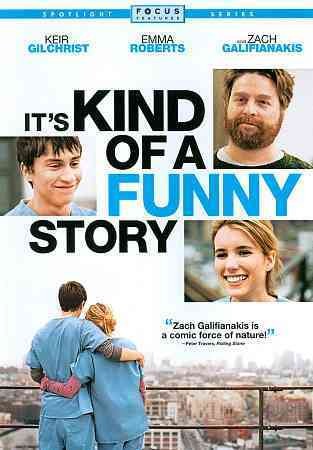 Even though we live in an age where we can access information almost instantly, sometimes it’s hard to spread awareness of certain topics society views as “problems” or “controversial.” An example of this is the topic of mental illnesses, mental health, and how to seek help. The Teen Advisory Board decided to challenge the misconceptions and fears surrounding mental health since it was a topic close and important to members of the team. We planned to bring knowledge and tools through library events and available resources so that more teens and young adults would be knowledgeable on their own and their loved ones’ mental health.

One way we decided to do this was through a movie viewing and discussion of the movie’s themes. A suitable choice for this event was, “It’s Kind of a Funny Story” by the late Ned Vizzini in which the main character deals with depression as Vizzini did himself.

The movie focuses on Craig and his journey through five days of treatment at the psychiatric wing he checked himself into. In “3 North” (as the characters refer to the ward) Craig has a chance to work through what troubles him. He makes friends and helps others as they help him, and he finds what he really wants out of life. We watched his stay at 3 North and reflected on it with a discussion and prepared questions.

Though the overall opinion of the movie was positive, most attendees felt as if the romance was overbearing and took away focus from other areas of the original story. We believed that the 5-day stay was far too quick for a recovery though it was mentioned that having Craig say he might never fully recover brought some realism back into the situation.

Most in attendance agreed that Craig’s thought process and hospitalization was accurate (even if his actual stay was not) and appreciated that the rest of 3 North’s population was humanized and portrayed in a non-vilifying way. When asked if they would have acted similarly to Craig, those who have had experiences similar to the movie’s situation reported that they would have liked to believe they would, but often it was someone else who noticed when they needed help. All teens in attendance had some previous knowledge about mental illness and had either dealt with mental illnesses or knew someone who had. After the discussion, many felt they knew some more information and tools to help someone dealing with depression.

Overall, it was an informative discussion and helped us as TAB continue spreading information and awareness to teens and young adults.

Check out the movie from our library:  DVD

Check out the book from our library:  It’s Kind of a Funny Story

This discussion was facilitated by the Teen Advisory Board.