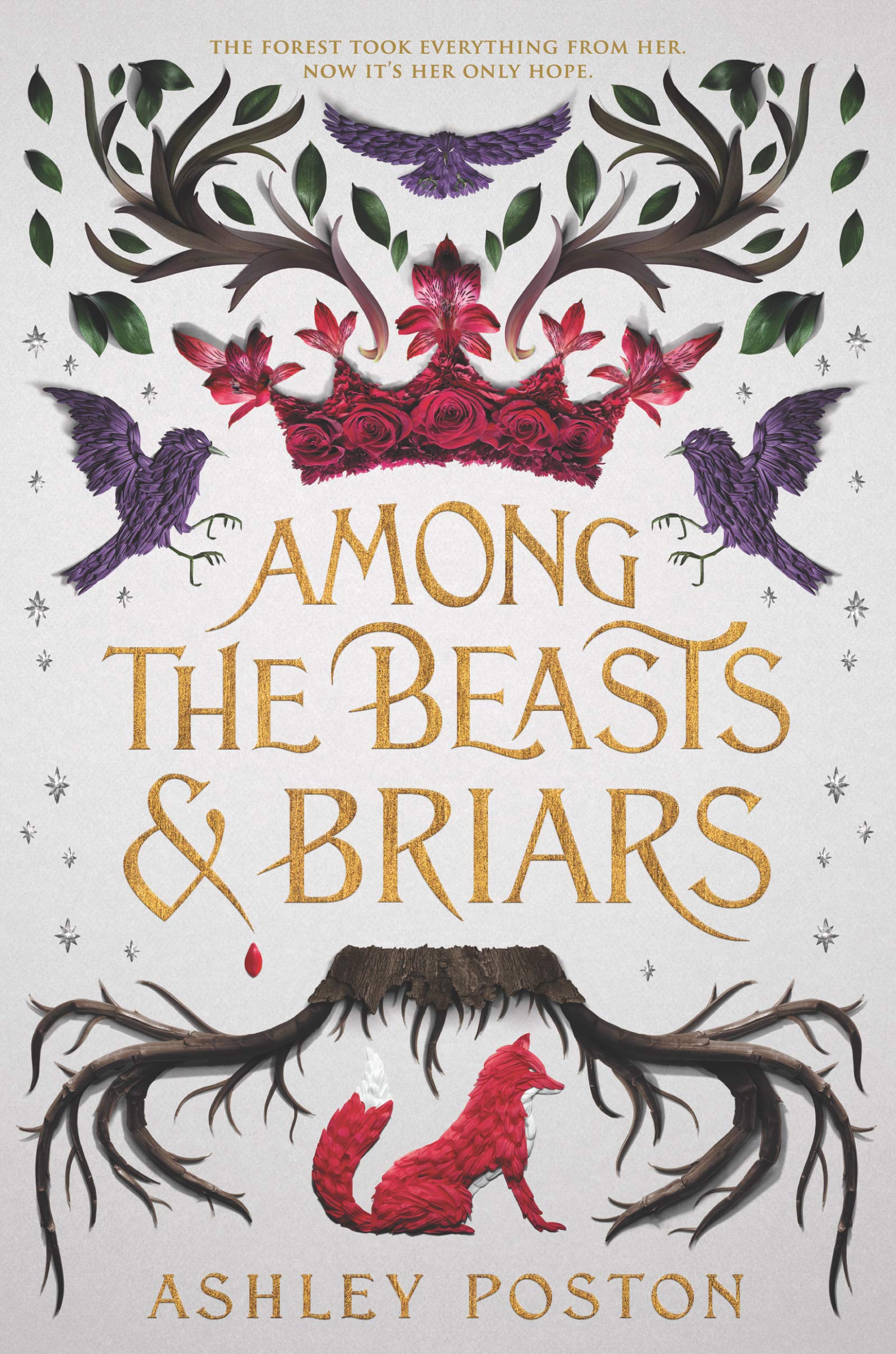 Among the Beasts and Briars By Ashley Poston

Among the Beasts and Briars tells the story of the royal gardener’s daughter, Cerys, her pet fox, and their quest into the cursed woods to save their kingdom.
Even though Among the Beasts and Briars is not a retelling of any classic story, the atmosphere projects a very fairytale-esque vibe. Cerys’ trek from the village through the woods and the whimsical evil beasts are reminiscent of a storybook fantasy that reminds the reader of a childhood bedtime story. The worldbuilding retains the classic fairytale aura of simplicity, however, there are a few instances where the development should have been more extensive. While the setting remains light and nostalgic, the magic system is rather erratic and oftentimes a convenient out for the characters when they get into trouble. Consequently, there were a few incidents of minor plot holes and inconsistencies that aren’t cataclysmic to the story, yet still fester as the pages turn. In addition to the magic as a set of timely plot armor, the ending and final twist are also rather weak, not to mention predictable. However, Among the Beasts and Briars retains an element that is crucial to its achievement: the dialogue. The witty banter between the characters is well-written, a great representation of various relationships, not to mention just plain fun to read. Every time the characters prepare to speak is a real treat for the reader. Despite the unsteady magic and plot twists, the clever discourse throughout the story, as well as the nostalgic atmosphere of a childhood fairytale catapults Among the Beasts and Briars into success.
3.5 stars.