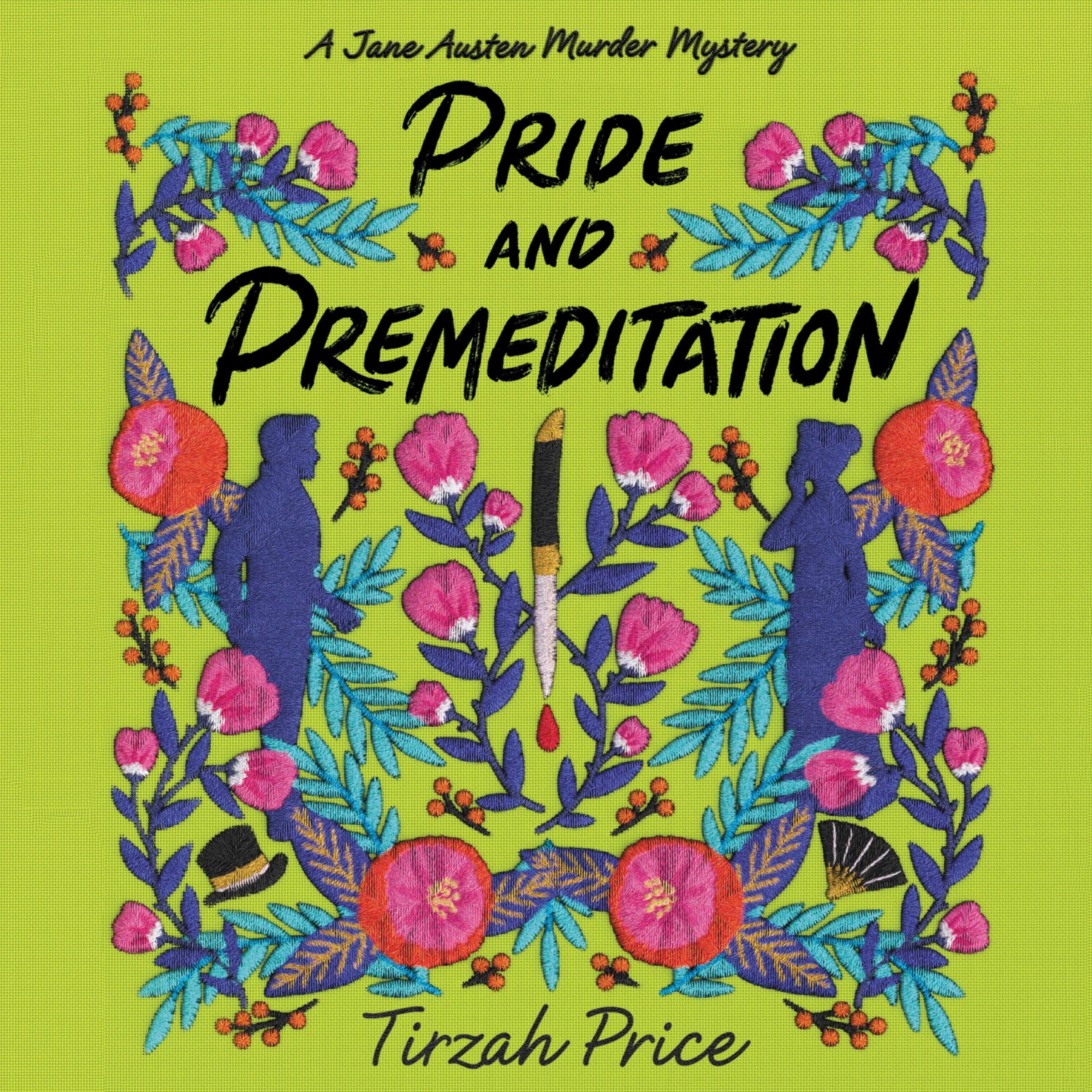 Pride and Premeditation By Tirzah Price

Elizabeth Bennett, known as Lizzie to her close friends and family, sees a shocking murder as a golden opportunity to prove herself as a barrister to her father and finally earn her own position at his firm. She approaches the man accused of the crime, but unfortunately, he’s already hired another lawyer: Fitzwilliam Darcy, the young heir currently training to take over the renowned Pemberley & Associates law firm. Out to prove herself to London high society and her father, Lizzie schemes to steal Darcy’s client and find the true murderer. However, as the murder becomes more complicated, Lizzie realizes her aspirations and ambition might just get her killed.
Pride and Premeditation presents itself as a thrilling murder mystery with an addicting enemies-to-lovers subplot and a strong feminist lead. However, in reality, the audience receives a weak and uncompelling murder plot, an unbelievable main character, and a sub-par romance with lackluster character dynamics. The main focus was not on the murder and the cunningness of the protagonist navigating a male-dominated society to solve a mystery and bring about justice. Instead, the plot was overshadowed by empty society visits and gossip disguised as investigations. Furthermore, it was not clear how Lizzie’s theories connected back to the main murder plot. Because of these aforementioned issues, the audience is disconnected from the story. Not only that, but Lizzie was an unsympathetic main character. Her determination is admirable, but it stems from selfish reasons, making it hard for readers to root for her. Besides Lizzie, many of the side characters barely get any development and feel extremely flat. Due to the unlikable main character and the flat side characters, the romance between Darcy and Lizzie was disappointing, to say the least. There was barely any tension or chemistry and their relationship ends up feeling rushed and forced.
However, there are some highlights in the story, such as the relationship between Lizzie and Jane, and the clear and concise writing style. Overall, the story seemed like it depended heavily on the audience’s previous knowledge of Pride and Prejudice, making this story something easy to pick up if there is a hankering for more Pride and Prejudice content. However, by itself, Pride and Premeditation is a disappointing read.
1.5 stars.