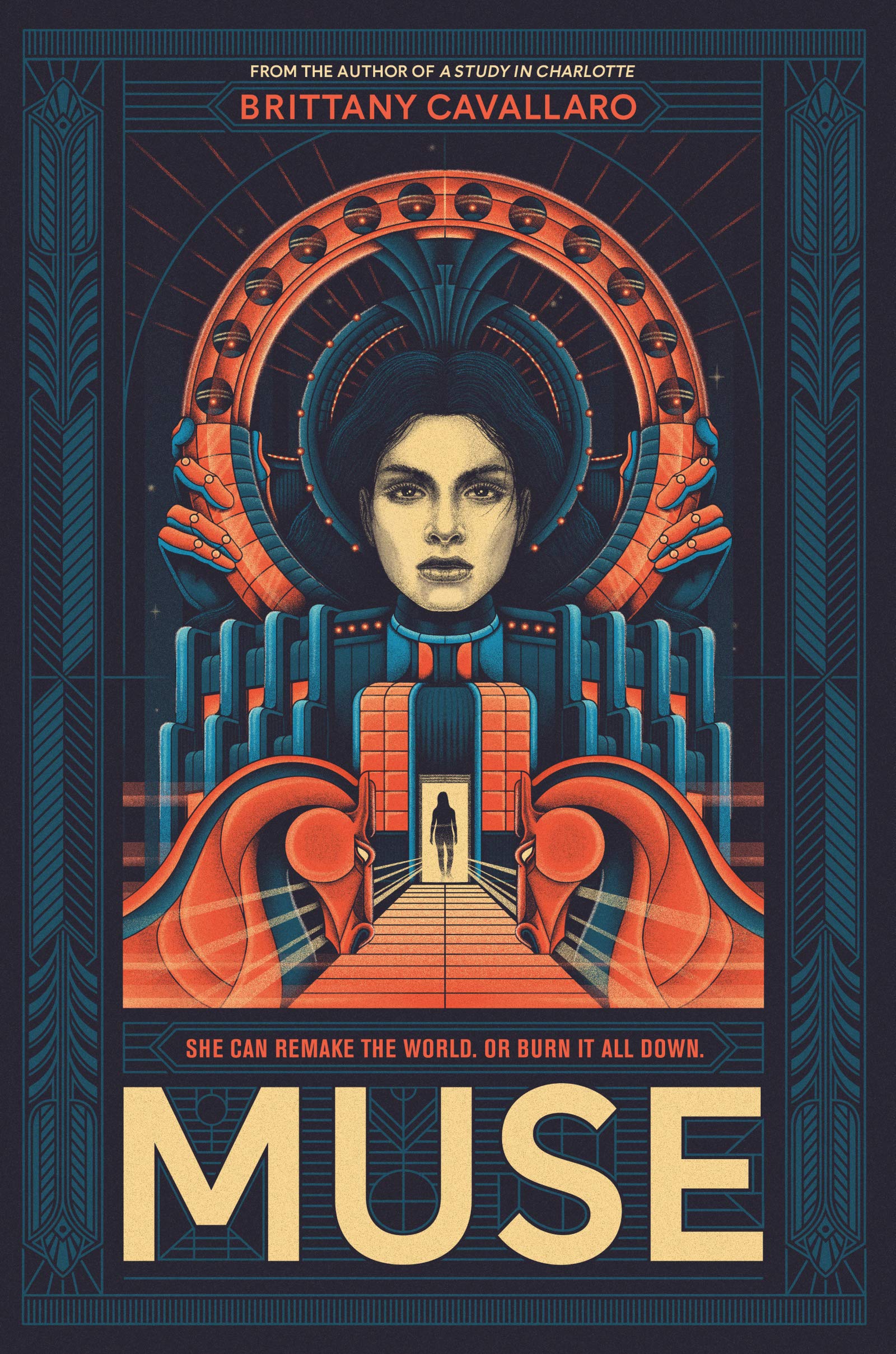 The stage is set in the year 1893 and Claire Emerson, a girl said to bless those she touches, is planning to escape. Held captive in her own home by her father who is delusional that she can bless him and his work, she plans to run away and make a new life for herself. But when she is forced to use her power in front of the young governor in her small home of St. Cloud, he is undeniably intrigued and takes her captive in his mansion. With war on the horizon and Claire’s best friend involving herself in an organization to sit a woman on the throne at any cost, will Claire decide to leave her home behind with a new name or slowly rebuild it beside her young, untried ruler?
Muse is a book that delights and frustrates with its perspective on a young girl trying to survive. The book truly depicted Claire’s feelings and how she deals with it all. The descriptions are vivid and the characters really show you what it must be like in their world, from their way of talking to the way they dress and act. But of course, since this book is set in the 1800s, their vocabulary can be refreshing and confusing all at once. And since this book does have a war there are some conversations that require more attention. Another issue I found odd was how fast the romance developed between the two characters in a short span of 2 weeks, especially with the fact that our main character has never had any romantic interaction. Besides that though, Claire is a wonderfully written character and seeing how she thinks and acts, you can’t help but want to cheer her on in her endeavors. She’s determined and intelligent but acknowledges that she isn’t as straightforward or gutsy as she would like to be. Her knowledge and instinct of being in a toxic household for most of her life drives her forward with her decisions and spurs her onward. All in all, even though a great read, I wouldn’t say it was a book for me.
2.5 stars.