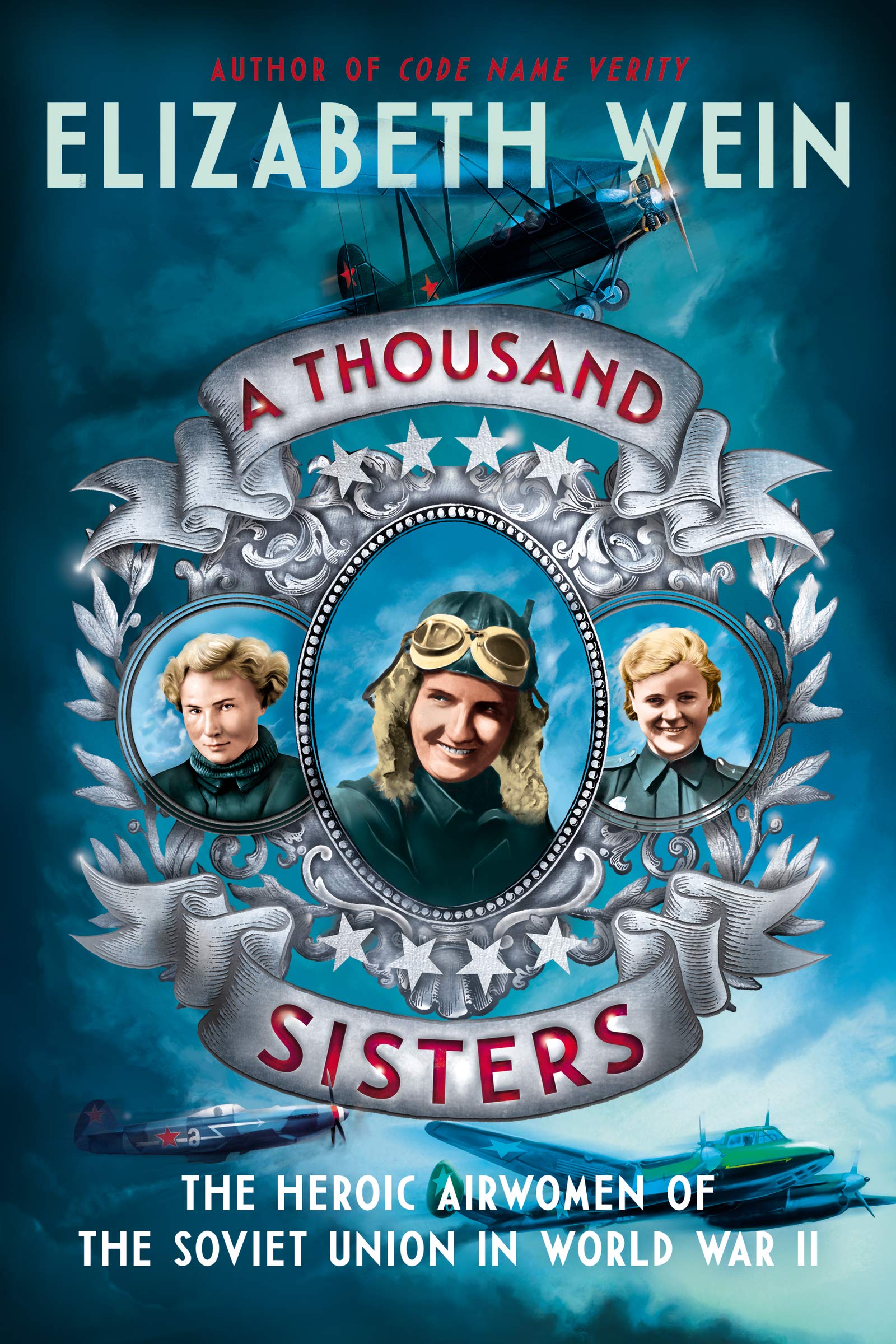 A Thousand Sisters: The Heroic Airwomen of the Soviet Union in World War II By Elizabeth Wein

Yevdokia Bershanskaya, commander of the 46th Night Bomber Aviation Regiment, has devised a new method of flying bombing missions. It was a response to the events of a disastrous night of combat in which four of the regiment’s aircraft had been lost. Seeing that it was ineffective for bombers to fly in a predictable line, she had her airwomen fly their planes in pairs – one to attract enemy fire, the other to bomb the target. The strategy was immediately successful. The women of the regiment would glide silently over a target, their enemies distracted by a plane ahead of them, and release their bombs. The Germans had a name for the elite airwomen of the 46th Guards: Nachthexen – “night witches”.
The night witches were members of the 588th Night Bomber Aviation Regiment, part of a women’s aviation unit founded by Soviet navigator Marina Raskova. The first of Raskova’s three regiments, the 586th, 587th, and 588th, was formed in 1941. Thereafter, thousands of women, many of them teenagers, became pilots and navigators in the service of the USSR. Their stories are told in vivid detail, with Wein expertly inserting personal elements into the larger regimental and national narrative. The stories of individual women are woven with deft precision in the fabric of the tale. Some of these women survived to tell their stories, some burned to death, some vanished without a trace, but all share an almost preternatural devotion to their homeland. Lighthearted excerpts – such as a passage describing how airwomen used flowers to adorn their wings and control panels – also lend fullness to the tale and showcase Wein’s dexterous storytelling.
This is a profound narrative of ordinary women with extraordinary qualities, laid in the hands of an exceptional author.
4.5 stars.

Find this book in our catalog: A Thousand Sisters