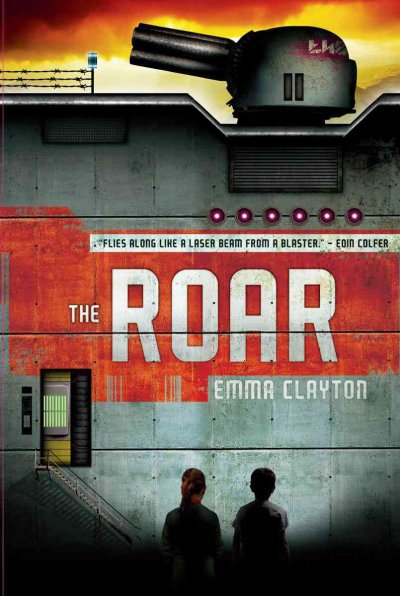 The Roar by Emma Clayton

Summary: In the book, The Roar, people live in a dystopian world, where they live inside of walls to stay away from radioactive dust. The entire planet was destroyed because people were trying to kill savage animals. The story follows a young boy, Mika, who grows up dealing with the fact that his sister, Ellie, mysteriously disappeared when he was younger. She was actually kidnapped and is being experimented on by a leader of the government who wants more children for a project. Mika enters a competition that could lead to him finding his sister, but will he succeed? And at what cost?

This book had an unexpected ending. It often left me screaming at the main character because he was about to fall into a trap, which is a good thing because it shows that I actually felt for and liked the main character. The book was set up in such a way that it had two great points of view into one story; Mika and his sister. It sometimes had loose ends. This often lead to confusion on what was happening. 4 stars

Find this book in our catalog: The Roar