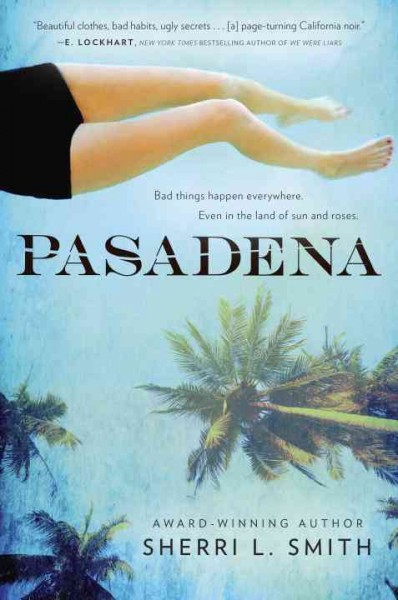 Jude is on vacation on the East Coast when she receives a disturbing call that tells her that her best friend, Maggie Kim, was found dead in her swimming pool in her Pasadena home. From the moment Jude returns to her hometown, she suspects that Maggie’s death was more than a suicide, and her suspicions only increase as she immerses herself in the grief and confusion surrounding her friend’s upcoming funeral. With the help of Joey, her good friend-turned investigator-sidekick, Jude takes it upon herself to explore a diverse array of suspects in hopes of finding answers surrounding the possible murder of her best friend.
I opened Pasadena expecting a dark, thrilling mystery filled with high paced action, and though Pasadena presented me with a very different story, that isn’t at all a criticism of the book. At it’s core, Pasadena is not a book about murder, but rather, it’s a book about problems. It carefully explored a wide range of characters’ different responses to a traumatic event in a way that shed light on some of the emotions that other mystery novels never take the time to delve into. While the book’s premise is not a revolutionary and unique contribution to the world of mystery, the characters (even the most unlikable of them) is what separates this story from the rest. I must also applaud Smith for writing a murder mystery novel that made the reader question if anyone was murdered at all. Pasadena is undoubtedly adept at conveying atmosphere. The well-crafted descriptions perfectly capture the real-life city in which the novel is set, and yet, Smith’s own imaginative take on the city comes to life in her gorgeous writing style — a feat that kept me interested in the story even during slower parts of the plot. In a way, the city of Pasadena became a character in itself, and the way in which the city seemed to evolve and respond to the twists and turns of the book was a beautiful addition. What sold the book for me, above all else, was the protagonist. Aside from the dialogue between Jude and her companions, which sometimes sounded overtly like an adult making an exaggerated attempt to mimic teenage speech, Jude is perhaps one of the most human protagonists I have ever encountered in noir. Unlike the typical cop or detective in mystery novels, Jude is simply a teenager trying to shoulder the weight of intense sorrow alone. While she is surrounded by an archetypal supporting cast, Jude’s personality makes drastic, emotionally-driven jumps from staunch detective to grief-stricken child, and though she retains a certain callousness throughout the novel, her complexity and determination make her easy to root for.
Although the plot at times left me wanting more, the engaging writing style of Sherri L. Smith along with her fascinating protagonist and unique take on the mystery genre made this book a new favorite of mine. I give this book a 4/5 stars.

Find this book in our catalog: Pasadena