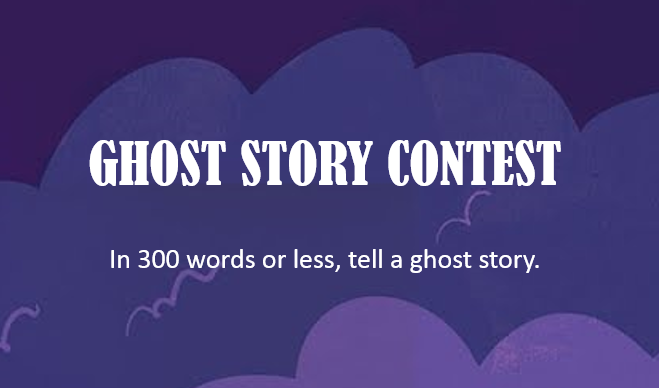 “I must have been eleven when I saw a ghost. We had just moved into a new house. I ran up the stairs to the bedrooms. I chose the one closest to the stairs, it was bigger. My sister didn’t want to have the bedroom next to the stairs. She thought it was creepy.

I was going to bed one night. I was exhausted. In my bathroom I was brushing my teeth. Everyone was downstairs. The room was cold. I felt like I was being watched. I looked down to the vent in the wall. In the bars, I saw a person. A little boy, just watching.

I remember running downstairs. My parents convinced me it was nothing, that this house was too new for ghosts. So I went to my bed and went to sleep. That night I heard the stairs creaking like someone was walking up them I went to investigate. Nobody. All there was, was the smell of old perfume.

I followed the scent to the basement. I went down the steps. The door closed behind me, I heard the lock click. I then heard the scream. A child’s. Then I saw the little boy. He said to help him. His name was Thomas and he needed help. A ghostly figure appeared behind him. A woman. Thomas screamed. I pounded on the door and was relieved to hear my mother’s murmurs and footsteps.

That morning we were watching television. “Horror Houses” was on. lt was talking about a house where an old woman lived. She lured children into her house and killed them. A little boy was one of her victims. A picture of her room went on the screen, it was my bedroom.