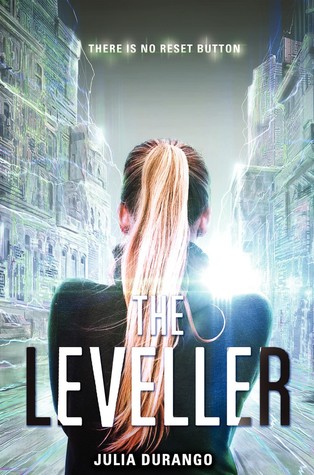 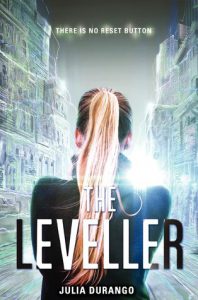 The Leveller by Julia Durango

Phoenix “Nixy” Bauer is the daughter of two employees of the MEEP, a virtual reality game of a future dystopian world. MEEP is played by getting a chip implanted in your brain when you’re thirteen. Nixy is paid to get kids out when their parents have had enough. When Wyn, the son of the MEEP inventor, stays in the game and won’t come out, Nixy is sent in to get him out.

However, the book isn’t that original. Participants of the YA Book Club described it as short, adventurous, and mysterious, yet lacking character development. We didn’t really like how the book progressed; it was too quick, and it escalated between excitement and boredom often.

There were many unnecessary scenes; some found the romance to be unnecessary, others didn’t like the skeleton horde. Many scenes in the story were so predictable to the point where we could predict the whole entire story. This was mainly because there was a lack of character development.

Even though we liked some qualities of Nixy, such as her ability to handle levelling and the support of her parents, we believed that her life seemed too perfect, mainly because of the undeveloped state of the character. Some stereotypes were too strongly associated with the characters, such as Wyn probably being a snobby rich boy.

We believed something was up when Chang and Moose, Nixy’s best friends, told her to not save Wyn, but we decided that she should have ignored their plea or else the sorry would not have happened. We never thought it would be her friends as the culprits, because we thought it was Wyn’s father.

Overall, we believed that the story had potential, but it was too short and underdeveloped and predictable to like really like the story. The YA book club gave it an average rating of 2.92 stars out of 5.

Find this book in our catalog: The Leveller