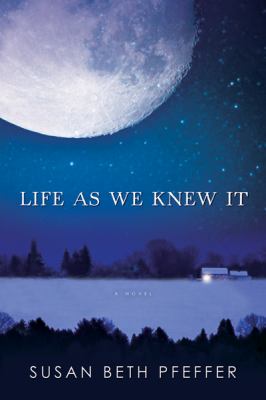 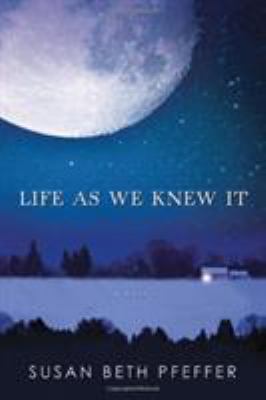 Life as We Knew It by Susan Beth Pfeffer

The book is the first one published from Susan’s ‘The Last Survivors’ series but I think it’s the most amazing one yet.

The story takes place in northeastern Pennslyvania. A female sophomore Miranda has an average life. She lives in a house with her younger brother Jonny and mother Laura. Miranda had an older brother Matt but he is studying in college. Her father Hal has divorced Laura and remarrying a woman named Lisa who became pregnant recently. Miranda’s life is just average. But that changes.

Talk of an asteroid hitting the moon has spread all over the world, exciting the humans. Miranda is convinced it’s not as exciting as people say it is.  Due to lack of romance and gossip in her hometown, Miranda think it is just another excuse for teachers to give extra homework.

But she was wrong. They all were.

Once the asteroid struck, tragedy did too.  The asteroid hit the moon sending it out of orbit and breaking the weather. Tides come in washing out cities, scorching heat and freezing cold.  And volcanoes. The world is in madness. Everyone is fighting to the death to keep their food. Miranda’s main goal is to not die from starvation. In this story, you see how our world can change with something small. 5 stars. –Angelina, teen reviewer

Find the book in our library:  Life as We Knew It