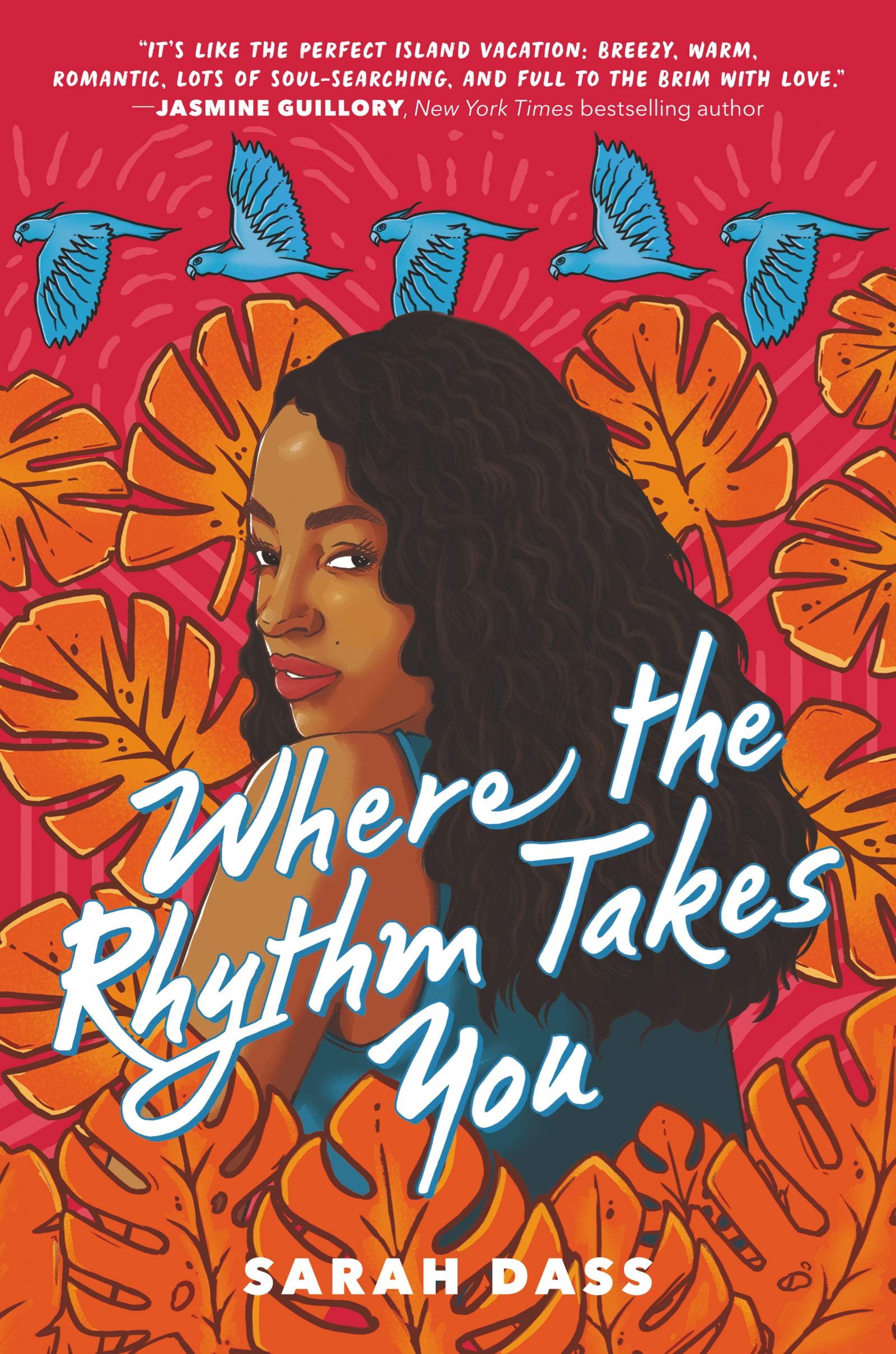 Where the Rhythm Takes You By Sarah Dass

Reyna loves working at her family’s local paradise-esque hotel in the only home she’s ever known: Tobago, the smaller of the two Caribbean islands. Her life has revolved around the hotel for as long as she can remember, but everyone seems to be moving on without her- even her older father, who seems keen on chasing her away and keeping her busy. So when her ex-boyfriend, Aiden, comes back around the islands with a group of new friends, her father takes it as the perfect opportunity to recruit Reyna as their personal tour guide. However, Reyna and Aiden are two completely different people now- especially Aiden, who left the islands a young boy with dreams of becoming a pop superstar and who returns with a new group of celebrity friends and his dreams realized. Reyna’s desperately trying to convince herself that her feelings with Aiden are just faded memories- and that she truly is happy with her simple life revolving around the hotel. However, as she keeps hanging around Aiden and his new group of friends, she quickly realizes that both feelings are going to be a little more difficult to repress than she thought.

Where the Rhythm Takes You is a clever, modern spin on Jane Austen’s classic novel Persuasion, hitting all the right nuts and bolts while still maintaining a fresh premise. Author Sarah Dass shines in pushing past cliches while still leveraging the audience’s expectations. On the surface, the book shines as an endearing romance, but also digs a fair amount of depth, giving Reyna a provocative narrative and a blatant flaw. Reyna’s unable to move on with her life, even giving up her dreams of traveling and becoming an artist for the much more homebody and static life of Tobago and days at the hotel. Reyna’s story is as much about finding herself again as it is about rediscovering a long lost love, if not more. Dass creates a lovely world to delve into and enjoy, while encouraging the reader to not let time slip through their fingers. She reminds us that life is all about second chances and that it’s never too late to start again. A definite recommendation for anyone looking for a revival and a sweet escape, especially for young teens.