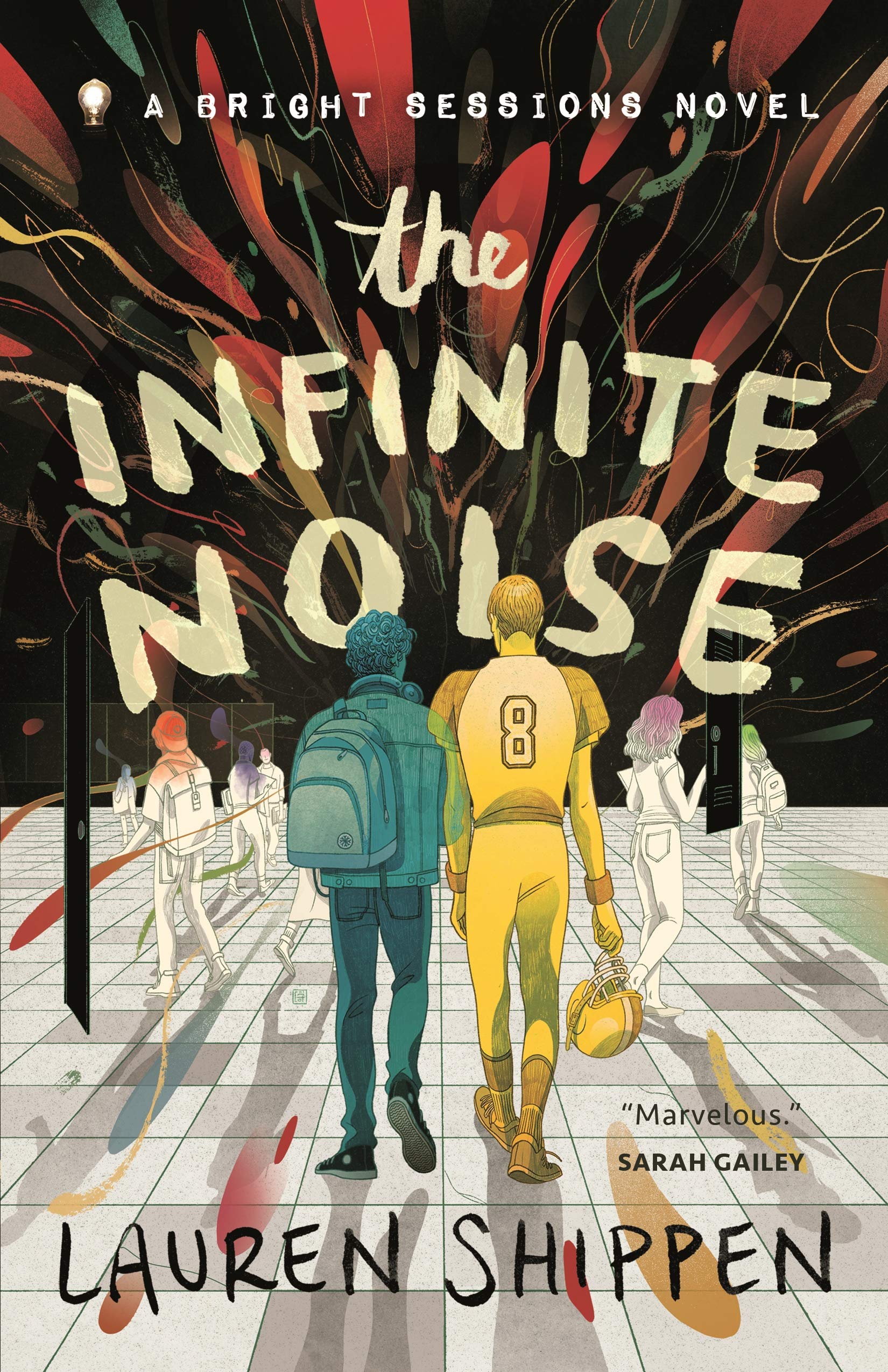 The Infinite Noise By Laura Shippen

In The Infinite Noise, Lauren Shippen writes about the impractical expectations of how to “perfectly” manage teenage life – the balance between academic rigor, athletics, and socializing – as well as noting the salutary benefits that can come from choosing to learn about someone past their looks or “nametags”. By bringing two seemingly antipodal personalities together – that of the supposedly inept football player Caleb Michaels and the acquiescent nerd Adam Hayes – Shippen illustrates the importance of empathy and lending an ear to someone else in a time of emotional distress. Shippen also shows how there is no harm in seeking external help, which helps to destigmatize the fear surrounding mental health. She provides perspectives on how both adults and youth approach mental health: with caution, skepticism, fear, or ignorance.
Noticing Caleb’s recent capricious attitude, especially his recent lash-out of anger at a school bully, his parents decide to consult a psychiatrist. Fortunately, his impulsive belligerence landed him in the office of Dr. Bright, a psychiatrist who diagnoses Caleb as an empath: someone who is keenly sensitive to others’ emotions. Caleb finds himself constantly feeling the emotions of those around him, an ability that can be quite overwhelming when he spends most of his time surrounded by hormonal teenagers. He learns to identify each emotion by a color and condition: hot lava red for anger, placid baby blue for neutral, black impasse for depression. One person in particular, Adam, appears to have emotions that Caleb can tolerate without feeling overwhelmed. Unfortunately for Adam, who is a closeted homosexual, the incessant staring from Caleb is uncomfortable. Adam has suffered from depression before, having chosen to self-harm in the past. He has since recovered, but his parents are quick to notice if he falls back to the same habits. As someone who prefers to be alone, it is hard for Adam to comprehend Caleb’s sudden interest in him, yet Shippen tries to show us that it was fortunate these two came together. While Caleb learns to balance the emotions of everyone around him in addition to his own, Adam learns that it is okay to show vulnerability and even happiness.
I’d give this book a rating of three stars. After a while, the awkward encounters and restrained speech coming from both characters becomes quite irksome. There is definitely an attempt to address multiple debatable topics at once – teenage life, LGBTQ+, mental health – but the effort to weave them all into a sequential storyline at times falls short.
3 stars.