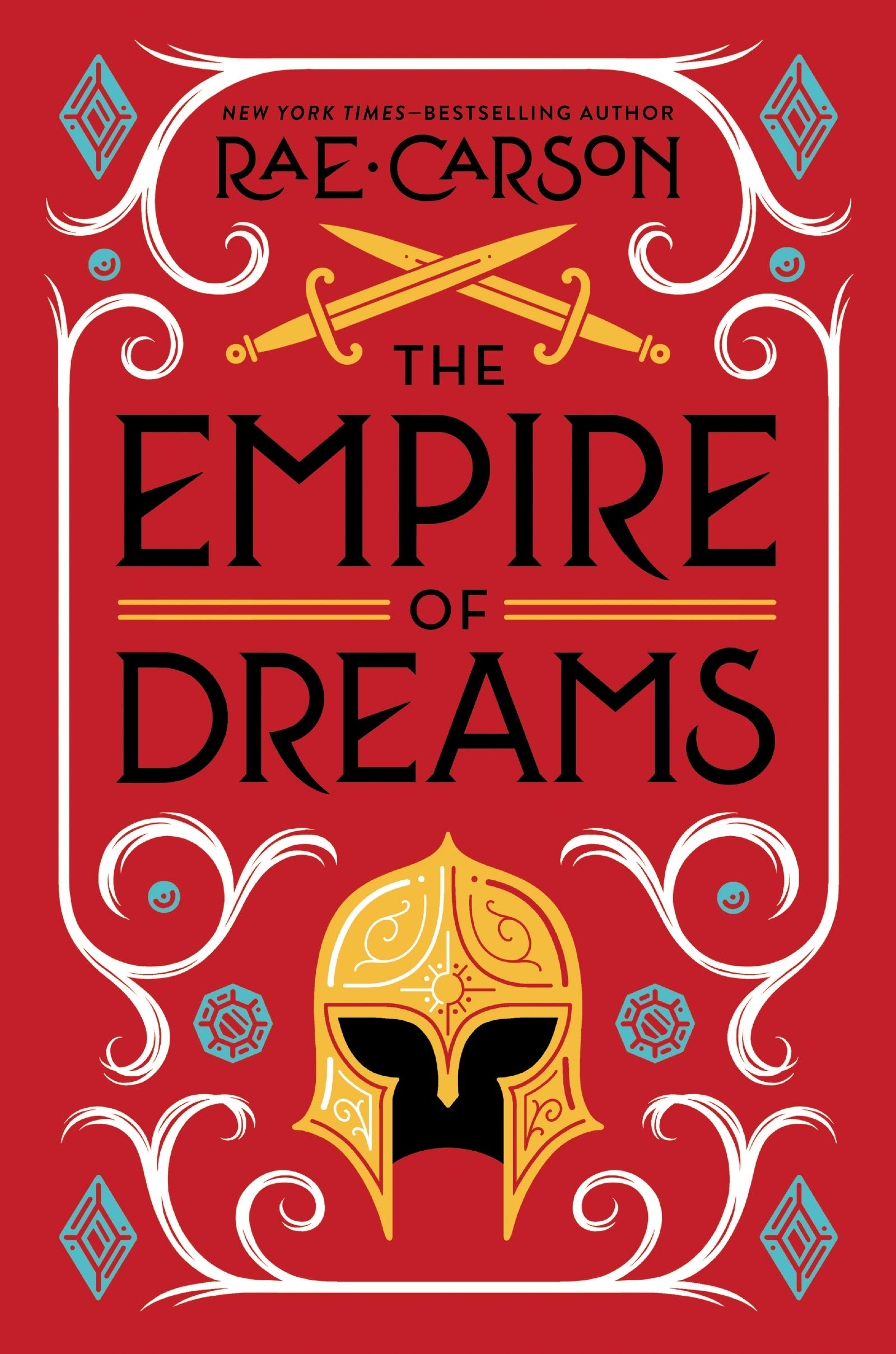 The Empire of Dreams By Rae Carson

Precocious, magic-touched Red Sparkle Stone has been running all her life—from monsters, evil sorcerers, and the trauma that weighs her down. Now, she’s about to be adopted by the royal family, a sweet ending to the suffering she’s had to go through to reach this point. What no one was expecting was for the adoption to be blocked. Determined to not let the opportunity to have a real family and a place to belong slip through her fingers, Red joins the Royal Guard training as a recruit—the first female one to boot. But when it becomes clear that there are traitors in the midst of the court and a plot against the empress brewing behind closed doors, Red must uncover the enemy who could harm everyone and everything she holds dear.
The Empire of Dreams is set in the same universe as Rae Carson’s other trilogy, The Girl of Fire and Thorns. Fortunately, it is still able to be read as a standalone novel, as there is sufficient worldbuilding and few references to the events of the trilogy that readers can have a smooth reading experience. Its pronounced feminist ideas and refreshing freeness of any forced romantic subplots make it a marvelous read for teens of any gender identity. While one of the “big reveals” at the climax was somewhat predictable, I particularly admired the reveal of the motives. With a strong, well-developed cast of characters and a lush, Spanish culture-inspired world before them, The Empire of Dreams thrills and delights at every twist and turn of the plot.
4.5 stars.

Find this book in our catalog: The Empire of Dreams