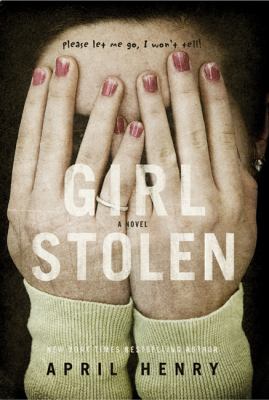 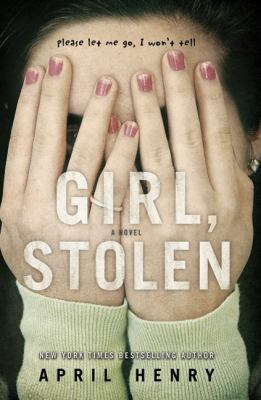 Cheyenne Wilder, blind and recently diagnosed with pneumonia, is sleeping in the back of her stepmom’s car when the car is stolen. Griffin, the car stealer, is unaware that he’s accidentally kidnapped someone. Cheyenne is the daughter of a very rich man and once Griffin’s father finds out, the real kidnapping-hostage ransoming begins.

It was kind of disturbing. Throughout the book I kept on thinking of Stockholm Syndrome (when you start to like and sympathize with your captors), and even if there was some part of me that said that it wasn’t necessarily Stockholm Syndrome, I couldn’t shake it, which shadowed whatever friendship Cheyenne and Griffin could develop.

There is some character development, and it was believable. One of the strengths of this book is its ability to make you root for Griffin, the accidental kidnapper, and Cheyenne, the accidental hostage. I liked how the backstories of the characters is revealed slowly and not immediately, giving you a chance to form your opinions of them based on their personalities and actions rather than their past.

The plot was alright. At times there are points where you get incredibly frustrated with the characters, but then you have to stop and remember their situation and realize that there was no realistic or acceptable way for them to do what you wanted them to.

Overall, it was alright. It wasn’t spectacularly good or bad. It’s a book that’s more of a filler for when you don’t really have anything else to read. Most people will probably find it “alright,” so it’s definitely a solid 3 in terms of rating. 3 stars. –Kara, teen reviewer