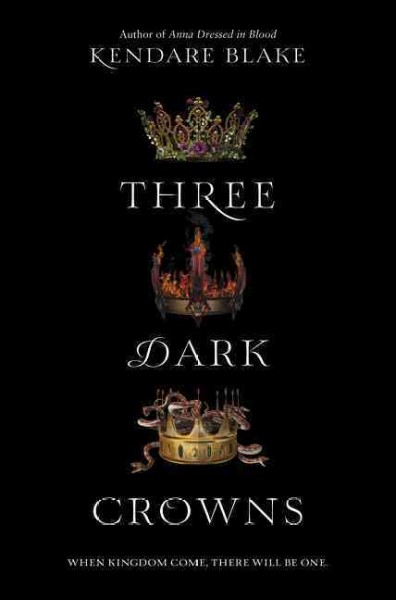 Summary: Every generation on the island of Fennbirn, a set of triplets is born: three queens, all equal heirs to the crown and each possessor of a coveted magic. Mirabella is a fierce elemental, able to spark hungry flames or vicious storms at the snap of her fingers. Katharine is a poisoner, one who can ingest the deadliest poisons without so much as a stomachache. Arsinoe, a naturalist, is said to have the ability to bloom the reddest rose and control the fiercest of lions. But becoming the Queen Crowned isn’t solely a matter of royal birth. Each sister has to fight for it. And it’s not just a game of win or lose … it’s life or death. The night the sisters turn sixteen, the battle begins. The last queen standing gets the crown. If only it was that simple. Katharine is unable to tolerate the weakest poison, and Arsinoe, no matter how hard she tries, can’t make even a weed grow. The two queens have been shamefully faking their powers, taking care to keep each other, the island, and their powerful sister Mirabella none the wiser. But with alliances being formed, betrayals taking shape, and ruthless revenge haunting the queens’ every move, one thing is certain: the last queen standing might not be the strongest … but she may be the darkest. –-from the publisher

Three Dark Crowns follows three soon-to-be queens. In this kingdom, three queens are born to the throne and expected to kill one another for the one crown, as there can only be one queen. Not only are they raised and trained separately, but each is gifted with their own power: control of the elements, immunity to all poisons, and control over animals.

I found Three Dark Crowns to be drawn out. It’s the beginning of a series, but Kendare Blake spends too much time setting it all up. While I was reading, I kept expecting things to happen, only to find out that they weren’t going to happen until later novels. The book moves too slowly; it sets up the rest of the series, but you don’t really want to read the rest of the series because this book takes this long to progress.

The narration style wasn’t new or done that well. I am a fan of multiple narratives. I know how to keep up and keep track of storylines, but it didn’t really work for Three Dark Crowns. Instead of becoming equally attached to each sister, I didn’t like them equally. Some storylines developed quickly and without my knowledge (because the narrative was focusing on the other sisters at the time) while others moved at a snail’s pace. I had a favorite sister and reading about the others became a trial in comparison. The multiple narratives was probably intended to allow you to get to know and like all of the sisters, but it didn’t work.

Overall, I only recommend it for those that are very interested in the plotline and are willing to commit to slow installments throughout the series.

Find this Book in our catalog: Threee Dark Crowns