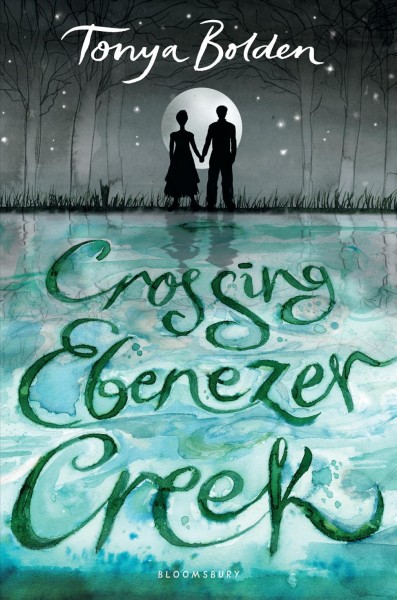 Crossing Ebenezer Creek is the story of those who aren’t usually heard of from General Sherman’s March during the Civil War — former slaves who join up with the march to protect themselves. It is the story of Mariah, a recently freed slave who joins the march with her brother, and of Caleb, a black soldier who has been free all along. As the march goes on, they both begin to dream of a new life together, but freedom is still a long way to come. This is the story of Ebenezer Creek, a story that isn’t often told, making this book that much more powerful, as it details the injustices that former slaves would continue to face long after the Civil War ended.
I’ll admit, when I first started this book, I was pretty sure that I would not enjoy it. Hear me out — at the beginning, I felt very confused, mostly because I had no idea what Ebenezer Creek was, or how it was significant. In retrospect, not knowing the fate of the characters made the book that much more devastating, as Mariah and Caleb get closer and closer to their final destination. (NO SPOILERS. Unless you happen to look up the events of Ebenezer Creek, or by some genius, know about them already!) However, as the book continued and developed the characters, I increasingly became invested in the story. Mariah and Caleb’s stories are very different, as Mariah has lived her whole life in slavery, and Caleb has spent his whole life free, but they are drawn to each other through their shared want of freedom. I really enjoyed how the chapters alternated between their perspectives, as you get both the perspective as a former slave civilian on the march, and a black soldier. As the reader, you watch them grow closer to each other, and watch as they slowly start to reveal themselves and their feelings for each other.
Although at its surface this novel seems to be just another love story, it’s so much more important than that, as Caleb describes throughout his chapters. This gives a voice to those who aren’t heard from when we describe the Civil War, and doesn’t spotlight the white protagonists who we usually see in history. Even though Mariah and Caleb are with the Yankees, the side supposed to be fighting for their freedom, they and the other blacks on the march are constantly discriminated against and abused. There are some “good” white people, but the book makes a point by illustrating how the North was still racist, despite what the Emancipation Proclamation claimed.
Overall, I would give this book 4 out of 5 stars, only because the beginning was quite confusing for me, though again, this was probably due to my ignorance on the topic. Definitely give this a read if you, like me, want to hear from the voices we haven’t heard before in history! (This book is slightly graphic, though it is a part of our history, so be aware of that before you pick this one up.)

Find this book in our catalog: Crossing Ebenezer Creek