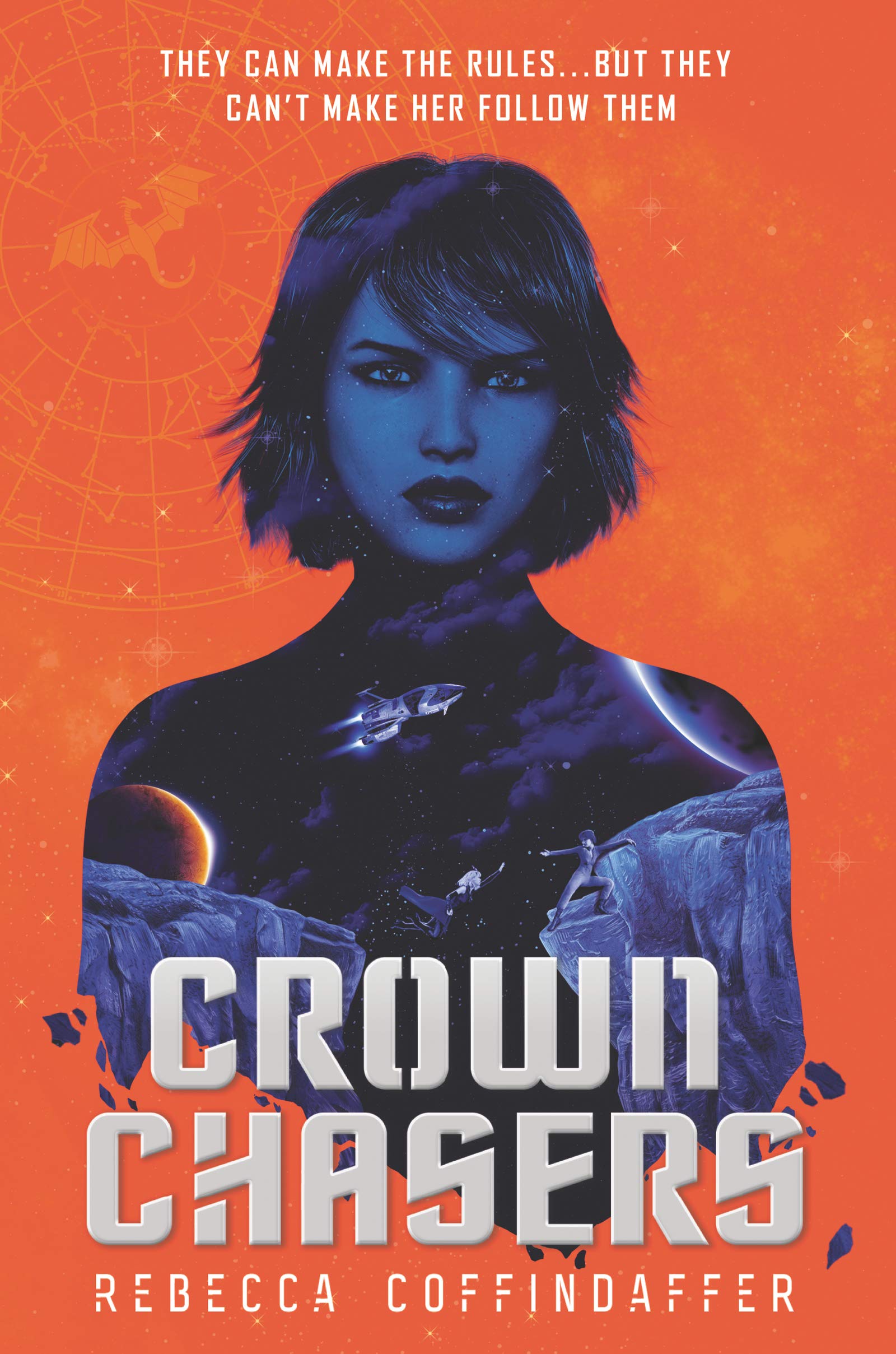 Alyssa “Farshot” Faroshti is a naïve, adventurous space pilot who has just accomplished yet another feat for the Explorer’s Society, circumnavigating an entire planet. While spending all night celebrating, she gets the news that her Uncle Atar has fallen yet again into illness- and it is unlikely he will recover. On his deathbed, Atar reveals to Alyssa he intends to determine who will take his place on the throne through a crownchase. The crownchase is an ancient competition for the throne where family members of the prime families must travel across the universe in a race for the royal seal, which is hidden without the knowledge of anyone but Atar. Alyssa must now take up the mantle and fight for the throne, but she’s never really wanted it, and this could be the one and only chance she gets to let another person rule. However, among her fellow crownchasers, she doesn’t know who to trust with the throne. Will she take the opportunity to trust someone else with the future of the empire, or will she accept her fate as her uncle’s heir?
Crownchasers is an interesting sci-fi-based tale with many twists and turns and has a truly creative plot. While some stories may simply have a competition for the sake of competition, everything about the crownchase has a purpose. The puzzles that characters must solve would ultimately prepare the winner to improve the empire in the best way possible. In addition, it feels as though the characters have a very human touch, and are clear in imperfections, insecurities, and doubts. However, the characters also felt very static. As the story continues, there is little development, and regularly, Alyssa’s struggles feel very forced. There are many situations that seemed as though they should have been more challenging or could have been an opportunity for the characters to bond, but they all fell sort of flat. Even in cases of near-death incidents and close calls, it feels very rushed in that Alyssa makes observations rather than realizations, and brushes incidents off with a joke or gets distracted rather than take things seriously. Despite these issues, I truly enjoyed the plot. The ending was incredibly unpredictable and just enough was left unsaid at the end of the book that I’m excited for a new addition to Alyssa’s story.
3.5 stars.