We celebrated the end of our Summer Reading Challenge in Doctor Who style.  Some of the ideas and a bulk of the decor was planned by the Teen Advisory Board (TAB).

I was limited to serving food that could withstand the heat (it was a very humid 85 degrees):  lasagna, “fishsticks” & custard, and lots and lots of sweets.  Cookie cutters were purchased from Etsy and Think Geek; brownie bites were wrapped with these cupcake templates.

Teens competed in the Adipose Challenge.  They used mini marshmallows and dry spaghetti to build a structure, then suspended a large adipose marshmallow to the top of their structure.  Participants were able to work in groups, but for every extra member of the group, an adipose was added.  The highest freestanding structure is the winner.  The time limit was 15 minutes.

It’s like Hot Potato, but with a fez.  TAB member, Ben Su, conjured the music and hosted two rounds.

Supplies, equipment, and instructions were set out for teens to make their own fezzes.  TAB member Kara Eng came up with this idea.  To make your own, see instructions here. 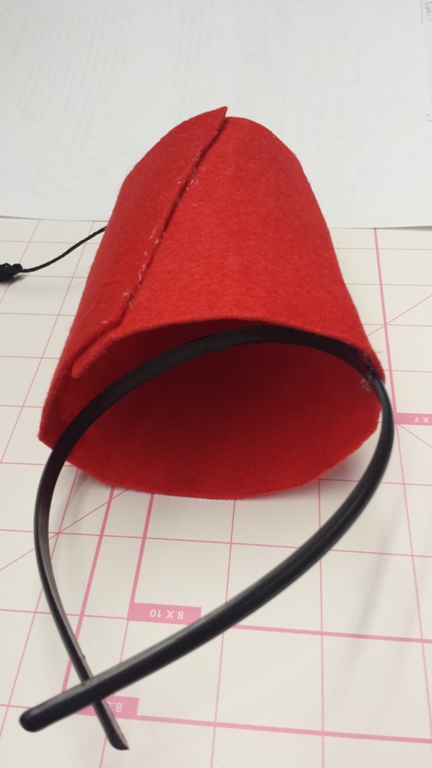 Like DIY fez, this was a passive activity.  Attendees were given a sheet of paper listing all the current and past doctors (Doctors 1-11) and were asked to find a trademark item for each.  Eleven items were marked with the DW logo and were placed all around the patio.  The one(s) that came the closest to finding them all won a prize.  No one found all the items, but one came very close at identifying ten items.

And finally, for everyone who came in costume, there was a contest.  Several volunteers acted as judges, and first and second place winners were selected.

We gave away buttons, magnets, and 3D glasses too all attendees.  Prizes were awarded for the winners of Musical Fez, Scavenger Hunt, Costume Contest, and Adipose Challenge.  TAB member Kara pressed all the buttons & magnets and the rest of the prizes were purchased from Hot Topic.