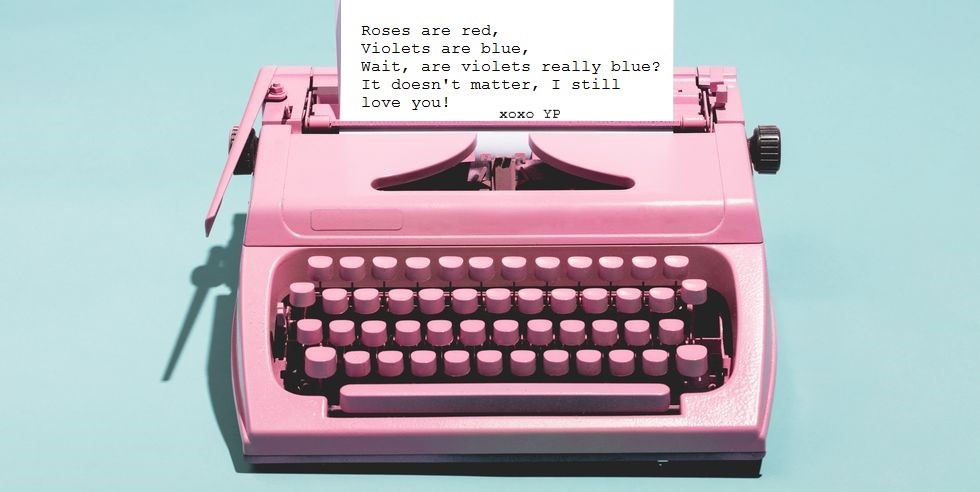 Poetry has always been associated with love and courtship, and nothing is more romantic than sharing a poem with that special someone on the most romantic of days, which is only a few days away and is none other than Valentine’s Day. If you’re not much of a wordsmith or perhaps too embarrassed to pen your lovey-dovey thoughts, there is a plethora of love poems out there that one can use, from poets of antiquity (Sappho) to those living today (Joy Harjo). There is of course the go-to poets whose names have long been associated with romance, such as William Shakespeare, Elizabeth Barret Browning, Pablo Neruda, to name a few. But their poems are so widely used that the very act of reading them to your love seems a tad sappy, trite, and even cliché. You can’t go wrong with any of them, but if you want to try something that isn’t too run-of-the-mill, why not try some of the Romantic poets. Isn’t a Shakespearean sonnet romantic enough, you ask? Well, by “Romantic,” with a capital R, I mean something more sublime in how it expresses love and excites our emotions in such a manner that transcends ordinary experience, or how it conflates the grandeur of nature and the awe it inspires with the ineffable feeling of being in love. The Romantics didn’t necessarily write about love per se and many of their poems might not even be the perfect love poem in that they don’t follow the conventions of traditional love poetry, but in many respects their poetry certainly speaks the language of love.

So who are these Romantic poets, and what makes them so “romantic,” anyway? They were poets who were very much influenced by the Romantic movement, which greatly influenced art and literature in the 18th and 19th centuries. William Wordsworth, Samuel Taylor Coleridge, Lord Byron, Percy Bysshe Shelley, John Keats, and William Blake are some of the more prominent poets who helped define and in many respects were influenced by Romanticism, which has a rather broad definition. But as it pertains to literature, it can be defined by the poetry of these Romantic poets whose writings emphasize individualism, spontaneity, and subjectivity as well as express a reverence for nature, devotion to beauty, a belief that imagination is superior to reason, and a fascination with the past and its myths and mysticism. They valued emotion as a source of inspiration and aesthetic experience, seeing it as more powerful than rational thought for the expression and explanation of the world around them. The German poet who first coined the term romantic, Friedrich Schlegel, succinctly defines Romanticism as “literature depicting emotional matter in an imaginative form.” And indeed one of the major themes in Romantic poetry is the relationship between humans and their emotions and the creative impulse they elicit. There’s no denying that the Romantics were unapologetically a sentimental lot, but that’s what makes their poetry so beautiful, passionate, and even sensual. Here are five Romantic poets to read for Valentine’s Day!

George Gordan Byron, better known as Lord Byron, was a key poet in the Romantic movement. Among his peers, he was the most flamboyant and had gained quite a reputation for his wild lifestyle and scandalous love life. He was the playboy of his time—rich, famous, swashbuckling, adventurous, a womanizer and a heartbreaker. He had a sharp wit, which when paired with his mercurial temper made him dangerous should one ever cross him. But Byron was very much the sentimental poet who wrote some of the most beautiful poems in the English language. “She Walks in Beauty” is one of his best-loved poems and one of the finest of Romantic poetry. Its lyrical qualities make setting it to music easy—so if you really want to impress your love, why not sing it!

She Walks in Beauty
She walks in beauty, like the night
Of cloudless climes and starry skies;
And all that’s best of dark and bright
Meet in her aspect and her eyes;
Thus mellowed to that tender light
Which heaven to gaudy day denies.

One shade the more, one ray the less,
Had half impaired the nameless grace
Which waves in every raven tress,
Or softly lightens o’er her face;
Where thoughts serenely sweet express,
How pure, how dear their dwelling-place.

And on that cheek, and o’er that brow,
So soft, so calm, yet eloquent,
The smiles that win, the tints that glow,
But tell of days in goodness spent,
A mind at peace with all below,
A heart whose love is innocent!

Percy Bysshe Shelley was one of the visionary poets who helped define Romanticism, but he was a rather obscure poet who wasn’t widely read or celebrated while he was alive. Only after his untimely death did his poetry begin to receive recognition and be truly appreciated. This is not to say, however, he didn’t have a huge influence on the literary community of his day. He was friends with Lord Byron and John Keats, both of whom inspired and in turn were inspired by Shelley. Like his peers, he was a free spirit and a free-thinker, a humanist, atheist, feminist, socialist, philosopher, and to top it off a wooer of women. “Love’s Philosophy” combines his rhetorical skills and philosophical musings in an attempt to persuade the listener to kiss the poet using arguments that nothing in the world is single.

Love’s Philosophy
The fountains mingle with the river
And the rivers with the ocean,
The winds of heaven mix for ever
With a sweet emotion;
Nothing in the world is single;
All things by a law divine
In one spirit meet and mingle.
Why not I with thine?—

See the mountains kiss high heaven
And the waves clasp one another;
No sister-flower would be forgiven
If it disdained its brother;
And the sunlight clasps the earth
And the moonbeams kiss the sea:
What is all this sweet work worth
If thou kiss not me?

One can’t talk about Romanticism without mentioning William Wordsworth, one of England’s most influential Romantic poets and very much nature’s poet. Many of his poems express a reverence for nature, for central to his poetry is this pantheistic idea that love of nature leads to love of humankind. He was friends with Samuel T. Coleridge, and both believed that the role of nature in poetry should help to espouse a unifying pantheism that brings people together for a common good and that an imaginative engagement with the natural world could lead to compassion for all living things. The hippies of the 1960s and ‘70s were a little late in the game on this idea. He wrote using the vocabulary of ordinary people rather than the formal stylized language of poets before him. It was all about communicating feelings honestly without embellishment, and it was a more effective way to write about nature. His poems have a certain elegance in their simplicity, and “Travelling” is a good example of his poetic style.

Travelling
This is the spot:—how mildly does the sun
Shine in between the fading leaves! the air
In the habitual silence of this wood
Is more than silent: and this bed of heath,
Where shall we find so sweet a resting-place?
Come!—let me see thee sink into a dream
Of quiet thoughts,—protracted till thine eye
Be calm as water when the winds are gone
And no one can tell whither.—my sweet friend!
We two have had such happy hours together
That my heart melts in me to think of it.

A poet, critic, philosopher, and a drug addict—Samuel Taylor Coleridge was all these and much more. He’s probably best known for Rime of the Ancient Mariner, a poem of great imagination and creativity. Of all the Romantic poets, he was probably the most imaginative and some might say most out there in his thoughts (maybe it was all that opium!). Imagination is the poetic principle that has defined Coleridge’s poetry and indeed what makes his poems great. His poems, notably the ones about love, have a sensuous lyricism, which is one of the defining aspects of Romantic poetry and which many later poets tried to emulate. “Presence of Love” isn’t as well-known as his other poems, but perhaps that makes it all the better on Valentine’s Day.

Presence of Love
And in Life’s noisiest hour,
There whispers still the ceaseless Love of Thee,
The heart’s Self-solace and soliloquy.

You mould my Hopes, you fashion me within;
And to the leading Love-throb in the Heart
Thro’ all my Being, thro’ my pulse’s beat;
You lie in all my many Thoughts, like Light,
Like the fair light of Dawn, or summer Eve
On rippling Stream, or cloud-reflecting Lake.

And looking to the Heaven, that bends above you,
How oft! I bless the Lot that made me love you.

John Keats died of tuberculosis at the tragic young age of 25, yet in his short life he left behind a substantial body of work and made a lasting impact on English literature. His friend Joseph Severn painted a portrait of him in 1819 before his death. It was reproduced by William Hilton around 1822 and immortalizes Keats as the young, hopeful yet doomed poet who is aware of his mortality. He is perhaps best known for “La Belle Dame sans Merci” and his odes such as “Ode on a Grecian Urn” and “Ode to a Nightingale”—all dealing with death in some form or another. However, beautiful and moving as they are, they’re not exactly Valentine-grade love poetry, unless your boo is a goth. For something truly romantic, his sonnet “Bright Star” is a lovely poem to share with that special someone.

Bright Star
Bright star, would I were steadfast as thou art—
Not in lone splendour hung aloft the night
And watching, with eternal lids apart,
Like nature’s patient, sleepless Eremite,
The moving waters at their priestlike task
Of pure ablution round earth’s human shores,
Or gazing on the new soft-fallen mask
Of snow upon the mountains and the moors—
No—yet still steadfast, still unchangeable,
Pillow’d upon my fair love’s ripening breast,
To feel for ever its soft fall and swell,
Awake for ever in a sweet unrest,
Still, still to hear her tender-taken breath,
And so live ever—or else swoon to death.