If you’re a writer or just someone who loves to write, then you probably have heard all about National Novel Writing Month by now. In fact, you might already be clickety-clacking away on your laptop or, if you’re a bit of a hipster or just old school, a vintage typewriter and furiously typing out hundreds of words each hour as if your life depended on it. For the uninitiated or those writers who’ve been living under the proverbial rock, NaNoWriMo (as it’s known by its shortened form) is an annual writing challenge that runs through the month of November. Participants—and anyone can participate—commit to writing 50,000 words of a novel with the hope of it getting published because, come on, it’s an awesome story that everyone should read and the world would be a better place for it! Whether the story has been slowly developing in your head or just popped in you head during a brief moment of inspiration whilst doing something really mundane, the fact is that you have this story idea, and that’s all you really need to get started. Now, 50,000 words in thirty days sounds daunting and for some almost impossible, but that’s the beauty of this challenge. It forces you to do what you think is impossible, and that’s to sit down, let your ideas flow freely, and WRITE.  Remember, you’re not trying to write a polished novel, just a working draft, so silence your inner editor and let your fingers type out every idea that comes to mind.

When you participate in this writing event, know that many accomplished and aspiring writers are doing it alongside you, and that should be inspiring. Heck, just taking part in the challenge can get you motivated to write down that brilliant story of yours! So what are you waiting for? That mystery, romance, fantasy, sci-fi, or next great American novel isn’t going to write itself. The clock is ticking, so get started—right here, right now!

Here are five novels that were written during National Novel Writing Month to give you additional inspiration and motivation. 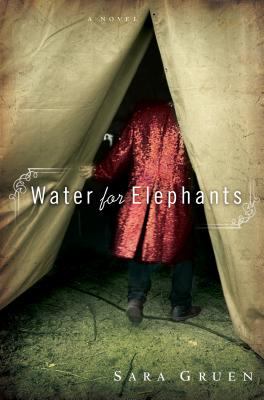 Water for Elephants by Sara Gruen

This highly acclaimed book sold millions of copies and was later made into a movie, and to know that it started out as a NaNoWriMo endeavor is pretty amazing and inspiring.

This is somewhat of a love story that takes place against the backdrop of the Great Depression. Jacob Jankowski, a destitute orphan and veterinary student, hops on a train one night and soon learns that he essentially ran away with the circus. A circus veteran takes pity on him and finds him odd jobs with the Benzini Brothers Most Spectacular Show on Earth, but once the circus owner learns about his veterinary experience Jacob is entrusted with taking care of the animals. While working with the circus menagerie he meets the beautiful Marlena who is married to the brutal animal trainer, August, and Rosie the elephant that is difficult to train due to being abused by her trainer. It turns out that Rosie only understands commands in Polish, which Jacob can speak. He gradually wins the trust of Rosie and soon wins Marlena’s heart. The lives of these characters intertwine as Jacob and Marlene engage in a dangerous love affair that drives the story from madness and despair to a happy and almost poetic ending. 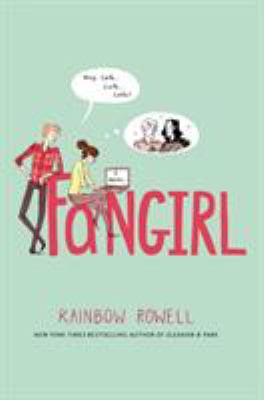 Rainbow Rowell was once asked what she thought about NaNoWriMo’s challenge to write 50,000-words in one month, and she responded that she initially thought it wasn’t really writing because “that’s just piling up words.” But then she thought “how wonderful it would be to have a pile of 50,000 words,” and with that picture in her head she piled up words that eventually came to form the story for Fangirl.

Cath and Wren are twin sisters who are obsessed with the Simon Snow books and anything to do with the Simon Snow universe. It’s what binds them together and has helped them cope with their parents’ separation. Wren eventually grows out of Simon Snow, but Cath’s world still revolves around it. When Wren wants to move out of the place they share in college to do her own thing, Cath suddenly finds herself alone with her sister no longer there to hold her hand. Simon Snow is her life and she can’t let go of it, but as she navigates college life without her sister by her side, Cath must ask herself if she can leave the world of Simon Snow behind and create a new life for herself. 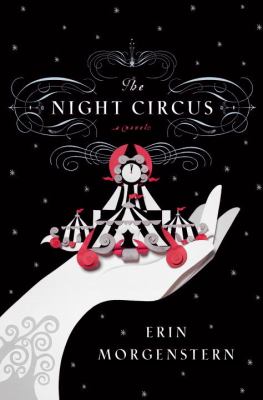 If it weren’t for the NaNoWriMo challenge, Erin Morgenstern says that she probably wouldn’t be so motivated to keep on writing after reading what she had written and hating it. She said that before taking up the challenge, she was the sort of person who would write a page and hate it and so would just give up. Having a goal and a deadline helped her learn to write without overthinking everything, and The Night Circus is the result of sticking to the NaNoWriMo goal.

In this enchanted and haunting tale about a mysterious circus that appears and disappears suddenly in town, reality takes a back seat and everything is an illusion. The circus only appears at night and behind its black and white walls is a fantasy show that offers a phantasmagoric experience of walking through a dreamscape and being lost in an ice garden or a labyrinth made of clouds. But behind the fantastic façade is an even more unearthly show starring two magician apprentices, Celia and Marco, who have been trained by their instructors from an early age to engage in a proxy duel involving magic and imagination. The young magicians must battle it out, and unbeknownst to them, there can only be one winner. But it turns out that rather than fight they’d rather love; however, the choice is not for them to make. The fate of the circus performers and patrons and the circus itself hangs in the balance as these two fight for each other. 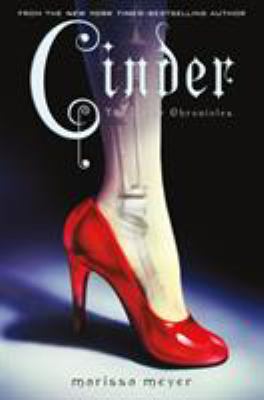 Marissa Meyer drafted not one, not two, but three novels when she took on the NaNoWriMo challenge in 2008. Her combined word count was 150,000. All three of these novels, which include Cinder, got published. Maybe writing 50,000 words is doable after all!

Cinder is a twisted retelling of the fairytale Cinderella. The story takes place in a post-apocalyptic world where a deadly plague is killing both humans and cyborgs. A highly evolved race called Lunars inhabit the Moon, and they’re taking advantage of the plague to take over the Earth. There’s only one person who can save the planet—Cinder, a cyborg who is a gifted mechanic but has a mysterious past. Because she’s not fully human she’s considered a second-class citizen and is treated cruelly by her stepmother who blames Cinder for her husband’s death and her daughter’s illness. The mysteries of her past begin to unravel when she meets Prince Kai who had sought out her skills to fix his personal android. When she finds herself entangled in a forbidden love with him, she is soon thrust into a role in which she must save him and all of humanity. 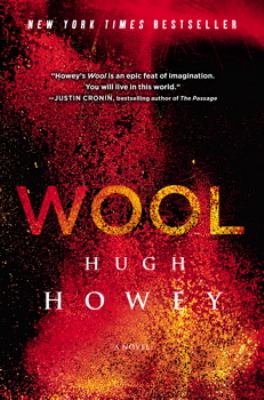 “I don’t think I’d be a professional writer were it not for NaNoWriMo,” Hugh Howey says of the writing challenge. He’s been participating in it since 2009 and his commitment to write more grows each year. It’s helped him learn to focus on the writing task at hand and be ready to write anytime and anywhere. During one year, Howey was writing “on airplanes and in airports, every morning at hotels, in the back of taxis, on the sidewalk,” and being that focused and having that type of commitment reinforced every year through NaNoWriMo is what helps him churn out bestselling books such as Wool.

Wool is another post-apocalyptic novel that makes a slight allusion to Plato’s allegory of the cave. In this story, Earth is no longer habitable and people are forced to live underground in huge silos. The only view of the outside world above them is via cameras that relay images that are projected on a wall. Every now and then the camera lenses need to be cleaned, and those selected to do the job never come back. The silo inhabitants are told that the outside air is toxic, but there are some people who wonder what if that’s not true, that there is still a remnant of paradise left. They’re the hopeful and the dreamers, the optimists and nonconformists who are shunned and punished by being sent outside to meet their fate. Among this group is a reluctant hero named Juliette who was sent out as a cleaner against her will. As she explores the world above the silo, she uncovers pieces of information that hints at a sinister conspiracy. Does she dare to learn more, or could the truth kill every last person still living?