One of the two main characters of Orphan Train, Molly Ayer, is a 17-year-old Penobscot Indian woman, who has spent her life in and out of foster care in Maine.  Molly’s experience as an outsider living in the care of strangers has parallels to the experience of Vivian, who rode the Orphan Train west as a young girl. Molly’s American Indian heritage is a detail that carries its own weight. Here are some books and resources that tell the stories of Native Americans from many tribes, through historical and contemporary lenses.

Bad Indians: A Tribal Memoir by Deborah A. Miranda 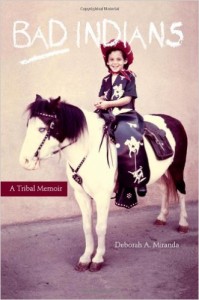 This beautiful and devastating book–part tribal history, part lyric and intimate memoir–should be required reading for anyone seeking to learn about California Indian history, past and present. Deborah A. Miranda tells stories of her Ohlone Costanoan Esselen family as well as the experience of California Indians as a whole through oral histories, newspaper clippings, anthropological recordings, personal reflections, and poems. The result is a work of literary art that is wise, angry, and playful all at once, a compilation that will break your heart and teach you to see the world anew. 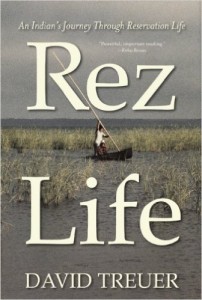 With authoritative research and reportage, Treuer illuminates misunderstood contemporary issues like sovereignty, treaty rights, and natural-resource conservation. He traces the convoluted waves of public policy that have deracinated, disenfranchised, and exploited Native Americans, exposing the tension and conflict that has marked the historical relationship between the United States government and the Native American population. Through the eyes of students, teachers, government administrators, lawyers, and tribal court judges, he shows how casinos, tribal government, and the Bureau of Indian Affairs have transformed the landscape of Native American life.

A member of the Ojibwe of northern Minnesota, Treuer grew up on the Leech Lake Reservation, but was educated in “mainstream” America. Treuer traverses the boundaries of American and Indian identity as he explores crime and poverty, casinos and wealth, and the preservation of his native language and culture. Rez Life is a strikingly original work of history and reportage, a must read for anyone interested in the Native American story. 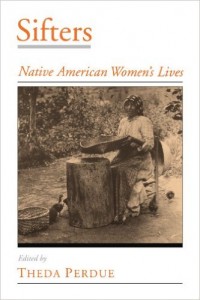 In this edited volume, Theda Perdue, a nationally known expert on Indian history and southern women’s history, offers a rich collection of biographical essays on Native American women. From Pocahontas, a Powhatan woman of the seventeenth century, to Ada Deer, the Menominee woman who headed the Bureau of Indian Affairs in the 1990s, the essays span four centuries. Each one recounts the experiences of women from vastly different cultural traditions–the hunting and gathering of Kumeyaay culture of Delfina Cuero, the pueblo society of San Ildefonso potter Maria Martinez, and the powerful matrilineal kinship system of Molly Brant’s Mohawks. Contributors focus on the ways in which different women have fashioned lives that remain firmly rooted in their identity as Native women. Perdue’s introductory essay ties together the themes running through the biographical sketches, including the cultural factors that have shaped the lives of Native women, particularly economic contributions, kinship, and belief, and the ways in which historical events, especially in United States Indian policy, have engendered change. 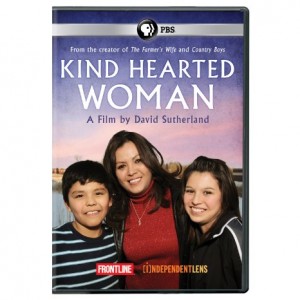 This film follows Robin Charboneau, a magnetic 31-year-old Oglala Sioux woman living on the Spirit Lake Reservation in North Dakota. In sharing her story, this documentary will portray the realities of what it means to be a contemporary Native American woman living in two worlds. A co-presentation of FRONTLINE and INDEPENDENT LENS.

The Journey of Sacagawea 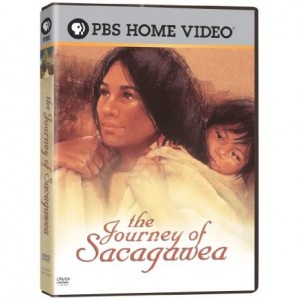 Many mysteries surround her. More mountains, lakes and streams bear her name than any other North American woman. Across the Nation statues have been erected in honor of her memory. This one hour program explores the life of Sacagawea from the rich oral history of the Augadika Shoshoni, Mandan Hidatsa and the Nez Perce Native American tribes, as well as the historical account taken from the journals of the Corps of Discovery.