In honor of our newest resource, ComicsPlus Library Edition, which offers hundreds of digital comics to check out on your smartphone, tablet or computer, we thought we’d share just a few staff favorites. You’re certainly aware of the explosion in comics and graphic novels for all ages over the last few decades, and maybe you’ve read some of the now-classics; Neil Gaiman’s life-and-death-mythology-fantasy tapestry in the Sandman series, Harvey Pekar’s  autobiographical  American Splendor,  Frank Miller’s noir-esque Sin City.

The comics format makes for great storytelling–strikingly visual, tight language and dialogue, and quick reading. Besides the typical superheroes (most famously from the giant publishers and rivals, DC and Marvel), graphic novels are effective vehicles for all kinds of fiction and nonfiction,  including memoir, history, politics, and true crime, to name a few.

There are many, many more graphic novels to explore. Browse the collection in any Pasadena Public Library location, or go digital with your comics. A great place to find online reviews of comics for all ages is No Flying, No Tights.

The following title suggestions are intended for grown-ups; they may contain themes and images intended, except where noted, only for mature audiences. 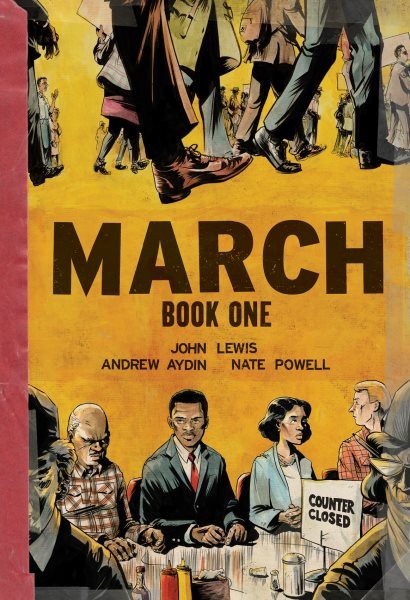 Congressman John Lewis (GA-5) is an American icon, one of the key figures of the civil rights movement. His commitment to justice and nonviolence has taken him from an Alabama sharecropper’s farm to the halls of Congress, from a segregated schoolroom to the 1963 March on Washington, and from receiving beatings from state troopers to receiving the Medal of Freedom from the first African-American president. Now, to share his remarkable story with new generations, Lewis presents March, a graphic novel trilogy, in collaboration with co-writer Andrew Aydin and New York Times best-selling artist Nate Powell (winner of the Eisner Award and LA Times Book Prize finalist for Swallow Me Whole). March is a vivid first-hand account of John Lewis’ lifelong struggle for civil and human rights, meditating in the modern age on the distance traveled since the days of Jim Crow and segregation. Rooted in Lewis’ personal story, it also reflects on the highs and lows of the broader civil rights movement. Book One spans John Lewis’ youth in rural Alabama, his life-changing meeting with Martin Luther King, Jr., the birth of the Nashville Student Movement, and their battle to tear down segregation through nonviolent lunch counter sit-ins, building to a stunning climax on the steps of City Hall. Many years ago, John Lewis and other student activists drew inspiration from the 1958 comic book “Martin Luther King and the Montgomery Story.” Now, his own comics bring those days to life for a new audience, testifying to a movement whose echoes will be heard for generations. Appropriate for middle-school readers and up. Gorgeously illustrated and colored, and a story that combines the basic facts about the Cold War space race, the famous orbiting dog, Laika, and some fictionalized intersecting stories about some human Soviet characters: a cosmonaut and the worker who is responsible (on Earth) for Laika. It’s intended for middle-school-aged readers, but it’s a beautiful, haunting story for all ages.

Love and Rockets (Series) by Jaime and Gilbert Hernandez 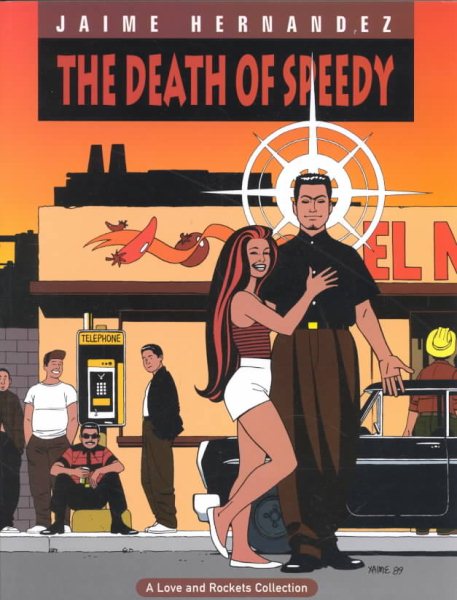 The works of Los Bros Hernandez are episodic comics, originally published in individual issues in the classic style. Jaime’s “Love and Rockets” is 80s-era Mexican-American punk and vato culture in a central California town, drawn in a precise, realistic style. Gilbert’s “Palomar/Heartbreak Soup” is a more stylized story of some very colorful characters in a tiny Mexican village. Better than any soap opera—you will be drawn into these lives and fall in love with Maggie, Hopey, Luba, and all the rest.

The Book of Genesis Illustrated by R. Crumb The classic comic artist, lettering and illustrating the first story. Crumb uses his iconic style to bring to graphic life (pun intended) the Book of Genesis from the Hebrew Bible. He hand-lettered every word, and does not shirk in depicting situations and stories of violence and passion.

Lovable ne’er-do-well Delilah Dirk is an Indiana Jones for the 19th century. She has traveled to Japan, Indonesia, France, and even the New World. Using the skills she’s picked up on the way, Delilah’s adventures continue as she plots to rob a rich and corrupt Sultan in Constantinople. With the aid of her flying boat and her newfound friend, Selim, she evades the Sultan’s guards, leaves angry pirates in the dust, and fights her way through the countryside. For Delilah, one adventure leads to the next in this thrilling and funny installment in her exciting life.

A little bit Tintin, a little bit Indiana Jones, Tony Cliff’s Delilah Dirk and the Turkish Lieutenantis a great pick for any reader looking for a smart and foolhardy heroine…and globetrotting adventures. Winner of the 2013 Hugo award for Best Graphic Story. When two soldiers from opposite sides of a never-ending galactic war fall in love, they risk everything to bring a fragile new life into a dangerous old universe. From New York Times bestselling writer Brian K. Vaughan (Y: The Last Man, Ex Machina) and critically acclaimed artist Fiona Staples (Mystery Society, North 40), Saga is the sweeping tale of one young family fighting to find their place in the worlds. Fantasy and science fiction are wed like never before in this sexy, subversive drama for adults.

Merging with a bizarre spiritual force called Genesis, Texan Preacher Jesse Custer becomes completely disillusioned with the beliefs that he had dedicated his entire life to. Now possessing the power of “the word,” an ability to make people do whatever he utters, Custer begins a violent and riotous journey across the country. Joined by his gun-toting girlfriend Tulip and the hard drinking Irish vampire Cassidy, the Preacher loses faith in both man and God as he witnesses dark atrocities and improbable calamities during his exploration of America.

Can’t We Talk About Something More Pleasant?  by Roz Chast

In her first memoir, Roz Chast brings her signature wit to the topic of aging parents. Spanning the last several years of their lives and told through four-color cartoons, family photos, and documents, and a narrative as rife with laughs as it is with tears, Chast’s memoir is both comfort and comic relief for anyone experiencing the life-altering loss of elderly parents.

When it came to her elderly mother and father, Roz held to the practices of denial, avoidance, and distraction. But when Elizabeth Chast climbed a ladder to locate an old souvenir from the “crazy closet”–with predictable results–the tools that had served Roz well through her parents’ seventies, eighties, and into their early nineties could no longer be deployed.

While the particulars are Chast-ian in their idiosyncrasies–an anxious father who had relied heavily on his wife for stability as he slipped into dementia and a former assistant principal mother whose overbearing personality had sidelined Roz for decades–the themes are universal: adult children accepting a parental role; aging and unstable parents leaving a family home for an institution; dealing with uncomfortable physical intimacies; managing logistics; and hiring strangers to provide the most personal care.

An amazing portrait of two lives at their end and an only child coping as best she can, Can’t We Talk about Something More Pleasant will show the full range of Roz Chast’s talent as cartoonist and storyteller.

Radioactive: Marie & Pierre Curie: A Tale of Love and Fallout by Lauren Redniss

A stunning graphic novel, the story of the Curies and their great love, their drive to discover, and the consequences to the world and to them, of their work. This is truly almost more an art book than a straight graphic novel. The saturated colors, the poetic text, the Modigliani-like illustrations are gorgeous and the story is both a great love story and a story of great power and great destruction. 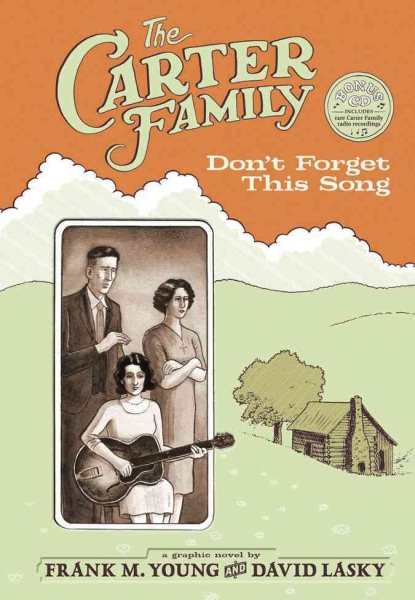 This may be the only graphic non-fiction that comes with a recorded soundtrack. The publisher included some rare recordings from the Carter Family’s radio show, but the book itself is about the life of the family that popularized the forms of music that became both bluegrass and country music.

The lives of the family are told in short, cartoony segments, with chapter headings based on the titles of famous songs from the family’s catalog. The writing is very clear and informative. Recommended to anyone interested in American music. As much an architectural tour-de-force as it is a literary one.  One large box contains 14 separate pieces, the story of an apartment building (which appears in some parts as a sentient character itself), and of some of its tenants. A broadsheet, a “Little Golden Book”-style piece, a pamphlet, and many other forms of printed matter, carry along this quietly and precisely drawn world. It is many stories and one story with many parts. 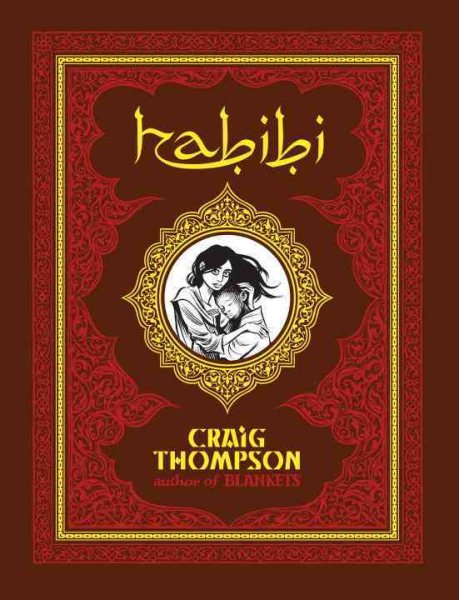 Daytripper follows the life of one man, Bras de Olivias Dominguez. Every chapter features an important period in Bras’s life in exotic Brazil, and each story ends the same way: with his death. And then, the following story starts up at a different point in his life, oblivious to his death in the previous issue — and then also ends with him dying again. In every chapter, Bras dies at different moments in his life, as the story follows him through his entire existence — one filled with possibilities of happiness and sorrow, good and bad, love and loneliness. Each issue rediscovers the many varieties of daily life, in a story about living life to its fullest — because any of us can die at any moment.