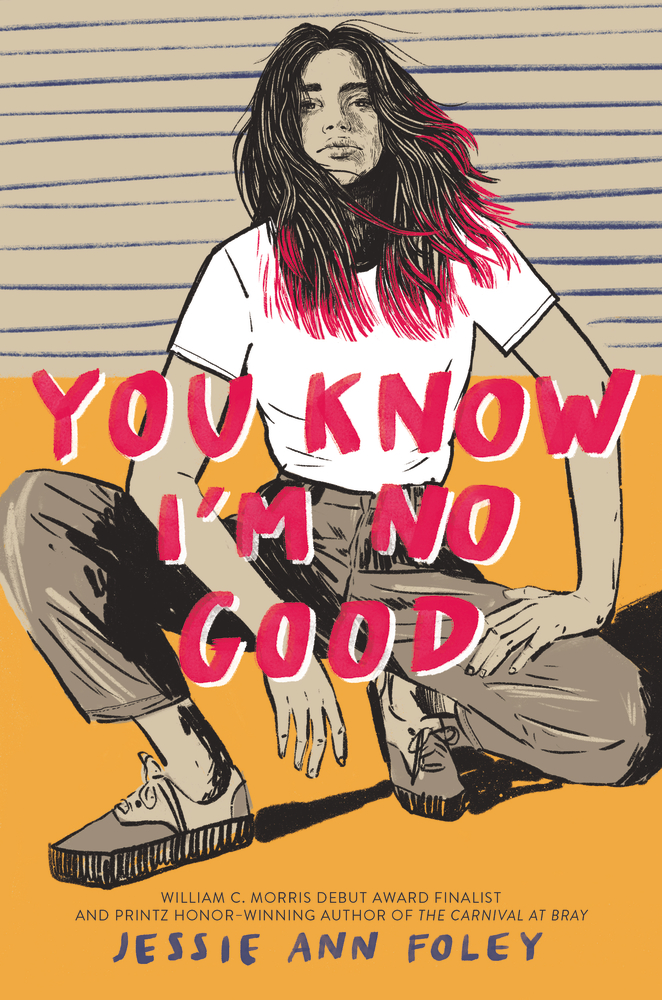 You Know I’m No Good By Jessie Ann Foley

To say Mia Dempsey is wild is an understatement. She drinks, smokes, parties, and has sex with many different boys, all while still being in high school. Her parents worry for her, but Mia acts like she doesn’t care. But when a van comes and whisks her hungover self away to Red Oaks Academy, she recognizes that her life is about to change. This does not mean that Mia was pleased with this arrangement. In fact, she felt betrayed. After all, how could her dad and stepmom send her away so easily? At Red Oaks, she does meet new people who have had reckless pasts as well, but she can’t shake off the feeling that she does not belong there. Over time, Mia comes to understand that her stay at Red Oaks will transform her whole life for the better.
The first chapters of this book are a huge shock, especially if you do not know what you are getting into. It is graphic and disturbing as though you are invading Mia’s private life. But, do not let this distract you. It is only a glimpse into Mia’s life before Red Oaks. Soon, the story takes a turn and shows us how Mia begins to heal from her past and learn who she really is, all while isolated in the Minnesota forest along with other troubled teenage girls. Her story and character development are impactful, which is why I was hooked on this story as I started reading more of it.
As described before, there are many mentions of underage drinking, smoking, sexual content, as well as mentions of sexual assault and rape. Though it is not shown firsthand later on in the book, it is still mentioned and could potentially bother some readers. Regardless, this story was a good one. Besides the realistic and good character development, the story’s side characters are diverse and interesting. There is a black city girl, a self-conscious lesbian, a confident Arab girl, and many more. It was nice to see such diverse, different people interact when they all had at least one thing in common. This is mainly what had me plowing through the book, though I’ll admit that the chapters were short which helped a lot. This story is clearly written for the female audience, which I appreciated, but I would not recommend this story for those who are under the age of 15.
4 stars.